The West should stay away from Asia’s workaholism

The West should stay away from Asia’s workaholism 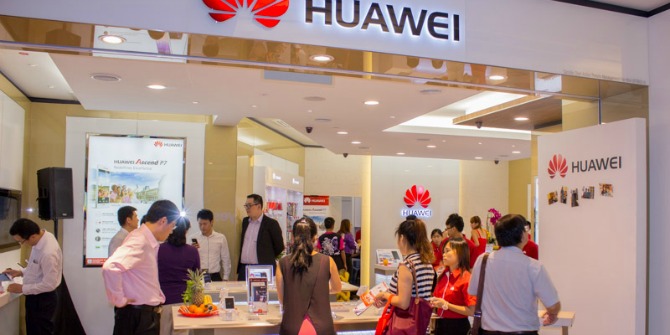 A great deal of management thinking still derives from the West, and in particular the United States, but there have been a number of considerable contributions from Asia. Perhaps the earliest of these was the quality movement originating in Japan that saw companies such as Toyota come to lead the way in the automobile market as a result of its lean manufacturing systems. Where Toyota led, eventually the rest of the industry followed.

Likewise, there has been tremendous growth in so-called frugal innovation since its origins in India. What began with CK Prahalad, late professor of corporate strategy at the University of Michigan, has since spread throughout the world, with many multinationals now hunting for that fortune at the bottom of the pyramid.

Might a similar management revolution be about to emerge out of China? It’s a question that I can’t help but ponder as I flick through the pages of a corporate biography of Chinese telecom giant Huawei, by Tian Tao and David de Cremer. A couple of things stand out from the tale.

Huawei has a degree of intellectual humility that allows it to pick various innovations from around the world and hone to its liking. For instance, some 30 years after Ricardo Semler proposed the virtues of rotating leadership, Huawei is one of the few major corporations to actually practice it.

Despite this, it’s hard to really determine a clearly defined style or characteristic that marks the company out in the same way that things such as lean and frugal innovation have done before it. Instead, it could be argued that Huawei’s success is down to its appetite for a scrap. The story of the company exudes a sense of the underdog that has to fight for every inch and outwork more established Western rivals. The tale of early employees being given mattresses to sleep on during marathon shifts has entered into company legend. Whilst on the one hand this is eminently admirable, and I suspect few start-ups have flourished without this desire and work ethic, it does nonetheless have an uglier side to it.

How much is too much?

Nowhere is this dichotomy more evident than in the South Korean education system, which regularly appears high in the PISA rankings. The Korean hagwon after-school clubs are full to bursting as students cram day and night to ensure they get the qualifications that represent a crucial first step to a successful career. Indeed, these clubs are often so intense that students are sleeping at their desks during the regular school day. This level of intensity contributes to South Korea holding the highest suicide rates in the OECD, but sadly such pressures are not confined to the country.

In Japan, death by overwork is so common that they have a distinct word for it: karoshi. A recent government report in the country found that around 25 per cent of respondents reported putting in over 80 hours of overtime per month, and there is a sense that this under-reports the scale of the problem.

In a The Economist article on the topic, the Japanese report the guilt involved in staying at the office to do their bit. “The company is like a big team. If I leave work early, someone else has to shoulder my work and that makes me feel terribly guilty,” one anonymous IT worker said. In China, this kind of tale frequently emerges in the Huawei story, and a number of suicides by its workers are almost glossed over as a necessary consequence of an otherwise admirable company quality.

There is much to suggest it is not restricted to Huawei, with the Gallup State of the Global Workplace report that prompted so much navel gazing in the West revealing that Chinese employees who are emotionally engaged with their jobs represent just six per cent of the workforce. As research suggests that these kinds of extreme hours have an adverse effect on both our physical and mental health, the long-hours culture seems especially tragic. Productivity in Japan, South Korea and China is considerably lower than in western economies.

Studies estimate that burnout costs the global economy over £250 billion per year. Indeed, the World Health Organization suggests that the problem will reach pandemic levels within a decade.

Of course, there are many things that contribute towards stress and burnout, whether it’s one’s commute to the office or the politics at play once you get there, but common to all studies of workplace stress are high workloads and long hours. Whilst there are undoubtedly personality-based factors that allow some to cope better with stress than others, this can easily result in employers passing the buck and not taking any responsibility for the environments they create. Accepting that burnout is an issue and not pursuing a heroic ideal of a worker that needs no rest is perhaps the first step organizations can take, before then looking at individual ways to help employees manage stress as best as possible. This may be in promoting work-life balance, providing agile working conditions, or even providing introverts with refuge from open plan offices.

So in answer to my original question, there are no doubt many positive things that leading Chinese companies can offer to us in the West, but I hope the apparently blasé attitude towards stress and burnout is not one of them.

Adi Gaskell is an innovation writer for Forbes and works with the Virtual Technology Cluster Group.