When EU corporate bond spreads widen, recession may be around the corner

When EU corporate bond spreads widen, recession may be around the corner 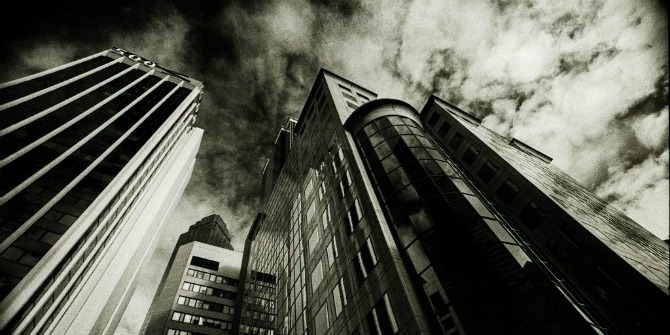 Corporate bond spreads – the difference in yields between a risky corporate bond and a low-risk government bond – have significant ability to predict GDP growth rates for the largest European economies and the onset of recessions. We found that in our recent research. The study also shows that when bond spreads widen, they reduce GDP growth by a larger amount in peripheral countries of Europe than in core countries.

Part of the explanation for the effectiveness of bond spreads as a leading indicator of economic downturns is that wider spreads coincide with tighter credit supply, as reported in surveys of bank lending by the European Central Bank (ECB). Tighter credit reduces investment, spending, aggregate demand and, ultimately, future real GDP growth. The main advantage of corporate bond spreads over other indicators, such as bank lending surveys, is their timeliness and convenience.

Interest in the relationship between tightness of financial markets and the business cycle has increased since the global financial crisis. Recent attention has focused on corporate bond markets, which provide a convenient measure of credit risk that tends to rise as recessions draw near and fall as they recede. Using the spread between ‘risky’ corporate bonds and ‘low-risk’ government bonds indicates the premium required by investors as compensation for corporate default risk.

The most recent research on the relationship between bond yields and real activity has been conducted by Simon Gilchrist of Boston University and Egon Zakrajšek of the Federal Reserve Board on US bond market data. Their study confirms that changes in bond spreads offer early warnings of a decline in real activity, so that they are powerful indicators of approaching recessions.

The US researchers employ a bottom-up approach that concentrates on the careful selection of bonds to create a bond spread index that is not distorted by embedded options or illiquidity. While their work provides convincing evidence that bond spreads predict future changes in real activity in the United States, prior to the publication of the new study, there had been no corresponding analysis for the euro area and the UK, the second and third largest bond markets respectively.

First, we show that bond spreads have significant ability to predict GDP growth rates for the largest European economies. Bond spreads provide a signal of incipient economic downturns in these countries even after allowing for domestic monetary policy tightness, leading indicators and spillover effects from global or regionally important economies (such as the United States and Germany).

Second, while there is a high degree of cross-country consistency in the signal from corporate bond spreads, the response is not identical, reflecting heterogeneity in the sensitivity of different European countries to financial conditions. A financial shock may raise spreads by larger amounts in some peripheral economies of Europe than in core countries, and the impact on real GDP in those economies is also greater due to higher sensitivity of activity to spreads.

Third, the most relevant parts of the bond spread are not the firm’s default risk or other characteristics of a particular bond such as issue size or coupon payments, but the unexplained residual known as the ‘excess bond premium’. This premium is also correlated with the tightness of credit supply as reported in ECB surveys of bank lending. 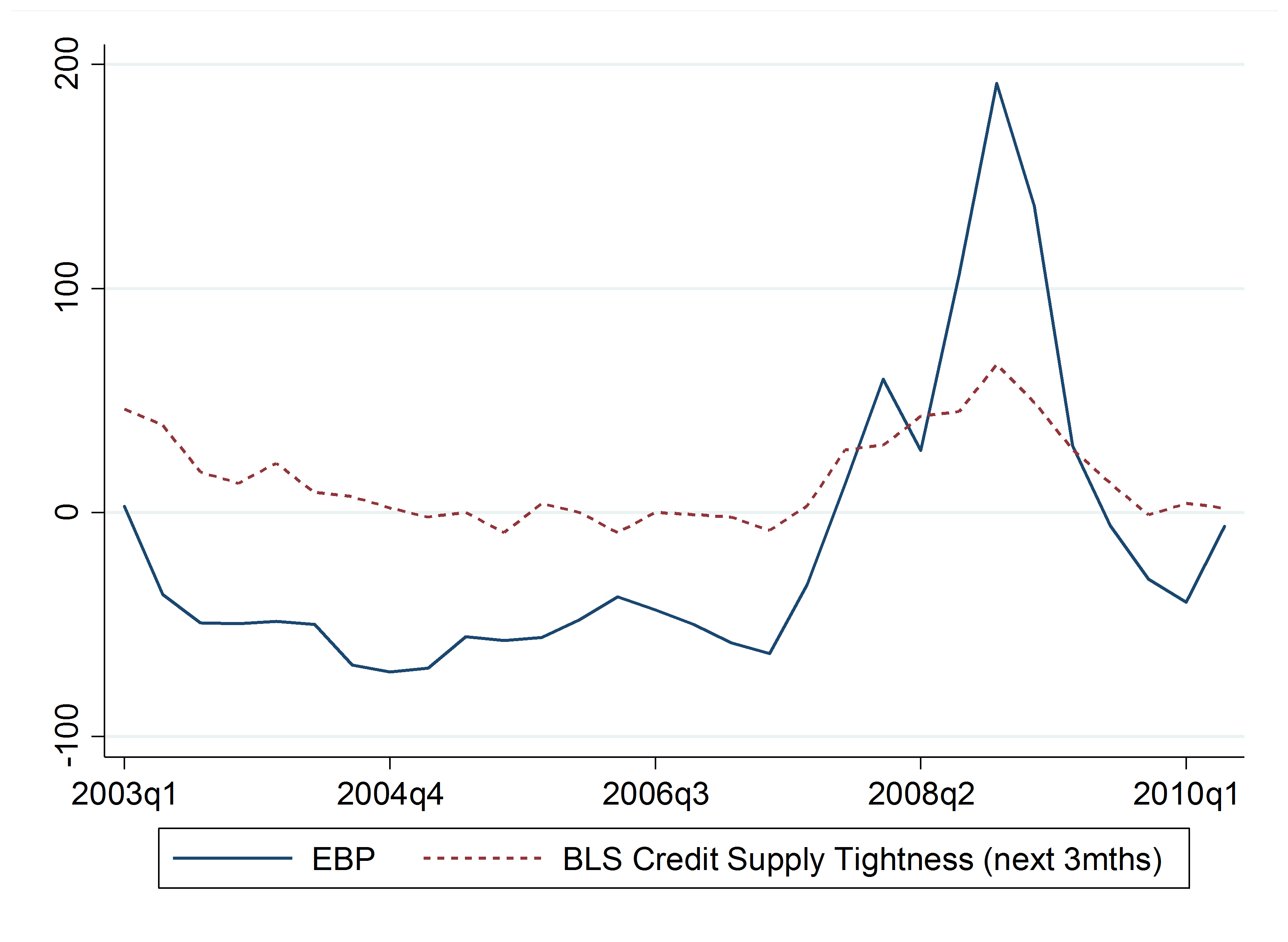 Notes. The Figure shows the EBP versus the BLS credit supply tightness measure obtained from the European Central Bank. The tightness refers to the conditions survey respondents expect to prevail over the next three months.

We show that a worsening of bank credit supply has a significant negative correlation with future real GDP growth. Tightness of credit supply from banks and bond markets occurs at the same time and has a similar degree of predictive ability over real activity, but it is much easier to observe this in wider bond spreads than to wait for the latest bank loan survey.

As a recent Federal Reserve Note indicates with reference to US data, bond spreads provide “a timely and useful leading indicator of economic downturns”. Our research makes the same observation for European data. It shows that corporate bond spreads can provide better predictions of real GDP growth compared with standard benchmarks even in “out-of-sample” forecasting tests.’

Michael Bleaney taught at Nottingham from 1978-2010. His research interests lie mainly in macroeconomics, but cover a broad range within that, both theoretical and applied, and often with an international and/or development flavour. He has published several books and over 100 papers in refereed journals. He is an editor of the Journal of African Economies and has been a Visiting Scholar in the Research Department of the IMF on several occasions.

Paul Mizen has been a member of the faculty in the School of Economics at Nottingham since 1992 and is currently Professor of Monetary Economics and Director of the Centre for Finance and Credit Markets. He is a former Bank of England economist and has previously taught at the Economics Departments of the European University Institute, Florence and Princeton University. His research interests span monetary economics, corporate finance and central banking. Professor Mizen has been a visiting scholar to the U.S. Federal Reserve, the Deutsche Bundesbank, the European Central Bank, the Bank for International Settlements, the International Monetary Fund and a number of other central banks and universities. He is regularly consulted for his views by central banks. He has published 6 books and more than 90 articles on various aspects of monetary economics. His work has been translated into Chinese, Japanese, Korean and Spanish. He is ranked in the top 10% of economists for 29 out of 37 research quality indicators by IDEAS. Paul is the Treasurer of the Money, Macro and Finance Research Group.

Veronica Veleanu has been as an Assistant Professor in Financial Economics at the University of Surrey since September 2014. Prior to this, Veronica held a research and teaching position at the University of Nottingham, School of Economics, and a full time position as a credit analyst at Lehman Brothers. She holds a BSc (Hons) and an MSc in Economics with Distinction from the University of Nottingham and she completed her PhD in Applied Macroeconomics funded by the Economic and Social Research Council in 2013 at Nottingham. Veronica has presented at numerous international conferences including the Royal Economic Society, Western Economic Association, Financial Management Association, World Finance and Banking Symposium. Veronica is currently working on credit risk and economic activity, and has wide interests in macro-financial linkages, monetary policy and international finance.