Why is it unfair if states already discriminate against poor foreigners, favouring richer and skilled immigrants?, asks Javier Hidalgo 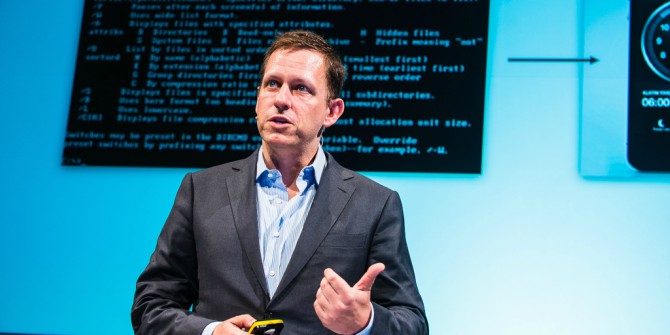 Billionaire Peter Thiel has never lived in New Zealand and has no intention of doing so. In fact, Thiel has only visited New Zealand four times. But he has New Zealand citizenship. How did he get it? Basically, he bought it.

More precisely, New Zealand’s minister of internal affairs waived the normal requirements for naturalization in Thiel’s case. You normally need to live in New Zealand for several years and demonstrate “good character” in order to gain citizenship there. But the New Zealand government granted Thiel citizenship under an “exceptional circumstances” clause. What were the exceptional circumstances in this case? Thiel set up a venture capital fund in New Zealand and donated about $730,000 to a local charity. The government may have given him citizenship in return for these investments.

People are disturbed by the idea of selling citizenship. One member of the New Zealand parliament commented: “People are deeply uncomfortable with this…. Most New Zealanders don’t think it is appropriate to offer citizenship for money or as some sort of insurance policy in a turbulent world.” Other countries have also sold citizenship, and this practice has been controversial in those places too. For instance, when the government of Malta proposed to sell citizenship to wealthy foreigners for €650,000 in 2013, many Maltese citizens and EU officials were outraged. The Maltese government quickly withdrew its proposal.

Some people think that selling citizenship expresses objectionable attitudes or values citizenship in the wrong way. Citizenship is valuable in part because it signifies full and equal membership in the political community. Citizens have rights to vote and access welfare benefits, and important responsibilities, like the duty to serve on a jury if summoned. Maybe it is wrong to put a price tag on the distinctive value of citizenship. Think about it this way. Many of us think that it is inherently wrong to sell admission slots in universities, parental rights, votes, and other goods. One explanation for this belief is that we think that selling these goods would value them in the wrong way. Perhaps selling citizenship would also express objectionable attitudes toward the good of citizenship.

But notice that people often buy membership in associations. For instance, I recently bought membership in a private pool for a few hundred dollars. By paying for membership, I acquired certain rights and privileges. I now have the right to swim in the pool on equal terms with other members. It seems obviously acceptable for the community pool to sell me membership.

Consider another example. People pay quite a lot of money to become members of golf clubs. According to one report, it costs about $10,000 to $30,000 to join the prestigious Augusta National Golf Club. In return for purchasing membership in a golf club, people gain rights to use a golf course, the clubhouse, and other privileges. Yet this doesn’t seem in principle objectionable. People aren’t morally outraged that they need to pay to become members of golf clubs. If it is permissible for golf clubs and community pools to sell membership, then maybe it is permissible for states to do so as well. At least, it is unclear why citizenship is categorically different from membership in other associations.

Some people think that selling citizenship is unfair to poor people. Bronwyn Hayward, a professor in the politics department at the University of Canterbury, comments on the Thiel case: “New Zealanders of all ages highly value egalitarianism and so there is growing unease across the political spectrum about immigration of very wealthy individuals, especially if they are seen to get special consideration.” We can interpret this comment in different ways. But one possible worry here is that, if states sell citizenship, then rich foreigners like Peter Thiel have an advantage in immigration admissions. And that seems unfair to poorer foreigners who also want to immigrate.

But the explanation of this unfairness is elusive. States already discriminate against poor foreigners and favour richer and skilled immigrants. Affluent nations (New Zealand included) simply deny almost all poor foreigners any legal avenue for immigrating. Most people think that these practices are justified. If it is permissible for states to favour skilled immigrants and exclude poor foreigners, then it is hard to see why selling citizenship would be wrong. Consider an analogy. Suppose you want to rent an apartment that you own. It seems acceptable for you to rent your apartment to the highest bidder given that you aren’t required to rent it to anyone at all. Similarly, if states are not required to admit poor foreigners, then it seems fine to favour rich foreigners in admissions.

Now, you might reject the view that states do have rights to exclude foreigners. Maybe justice requires that states open their borders. Trust me, I am very sympathetic to this view. But hardly anyone endorses it. Most people are fine with excluding foreigners. And it is difficult to explain why it would be wrong to discriminate against poor foreigners in admissions if you, like most people, think it is sometimes acceptable to exclude them outright.

Javier Hidalgo is Assistant Professor in the Jepson School of Leadership Studies, University of Richmond, Virginia. He is a political theorist whose teaching and research interests center on ethics and international affairs, especially the ethical and public policy questions relating to immigration. He teaches courses such as Leadership and the Humanities, Justice & Civil Society, and advanced courses on leadership in international contexts. A Fulbright Scholar, he earned a bachelor’s degree in political science and philosophy from Reed College and a master’s and doctorate from the Program in Political Philosophy at Princeton University. He was a visiting scholar at Brown University prior to joining the Jepson School.