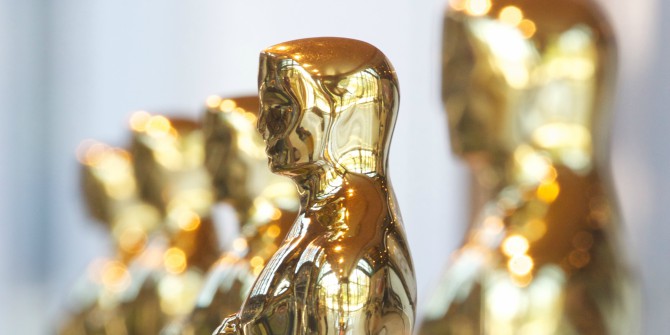 Casey Affleck has delivered fine performances in the past, many as supporting roles. He was nominated eight years ago for “The Assassination of Jesse James by the Coward Robert Ford,” but he has never portrayed a lead with such sadness, anger and depression as in “Manchester By the Sea”.

I watched his acceptance speech intently. It was a valedictory that serves as a reminder of Aristotle’s lessons of rhetoric —the art of persuasive speaking and writing. Not commonly known, Aristotle was one of the first documenters of the communication techniques used by actors, identified as elements of persuasive communication that play out in three acts.

Now in 2017, we call these acts by many different names but the pattern remains the same according to a recent study from Transform Performance International. One says, “You sell to the gut of the audience, the heart, and then the brain—in that order.” Another tells us, “Before I can sell the logic, I must sell the emotion. To do either, I must sell myself.”

These three Aristotelian pillars support the chilling yet graceful elegy of loss and grief that is “Manchester By the Sea”, yet they can also make for a good business pitch; that the art of rhetoric is not only for Hollywood actors. If the templates and aids you use to prepare for your sales calls, presentations or negotiations don’t remind you about Aristotle, you’re missing a key part of the communication process that differentiates the best from the rest.

So the next time you watch “Manchester by the Sea”, take a moment to consider how Affleck’s performance can improve your technique, but be sure to credit Aristotle when you land that next successful deal!

Ben Laker is a Visiting Professor at Audencia Business School and the co-founder of the Centre for High Performance. He works with Apple, NASA and the New Zealand All-Blacks among others. His research has been featured in The Harvard Business Review, The Economist, Forbes, The Times, The Guardian, The Telegraph, The Independent and on BBC Newsnight. Twitter @DrBenLaker