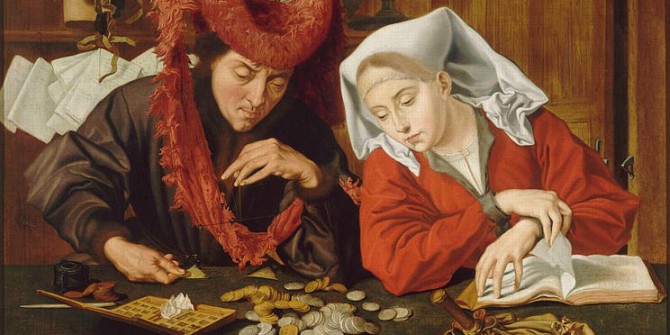 There is a growing realisation within public debates as well as academic research that the recent crisis was not merely a financial crisis but a crisis of money itself. In order to understand the crisis and to move forward, we thus need to consider the very nature of money, which forms the basis of our economic interaction.

The study of money is scattered over a range of disciplines such as history, economics, philosophy, anthropology, sociology, etc. In this field, we find a number of different theories of the nature and origin of money. Applying concepts of accounting, these theories may be summarised and categorised into three major schools. This is illustrated in the figure below: 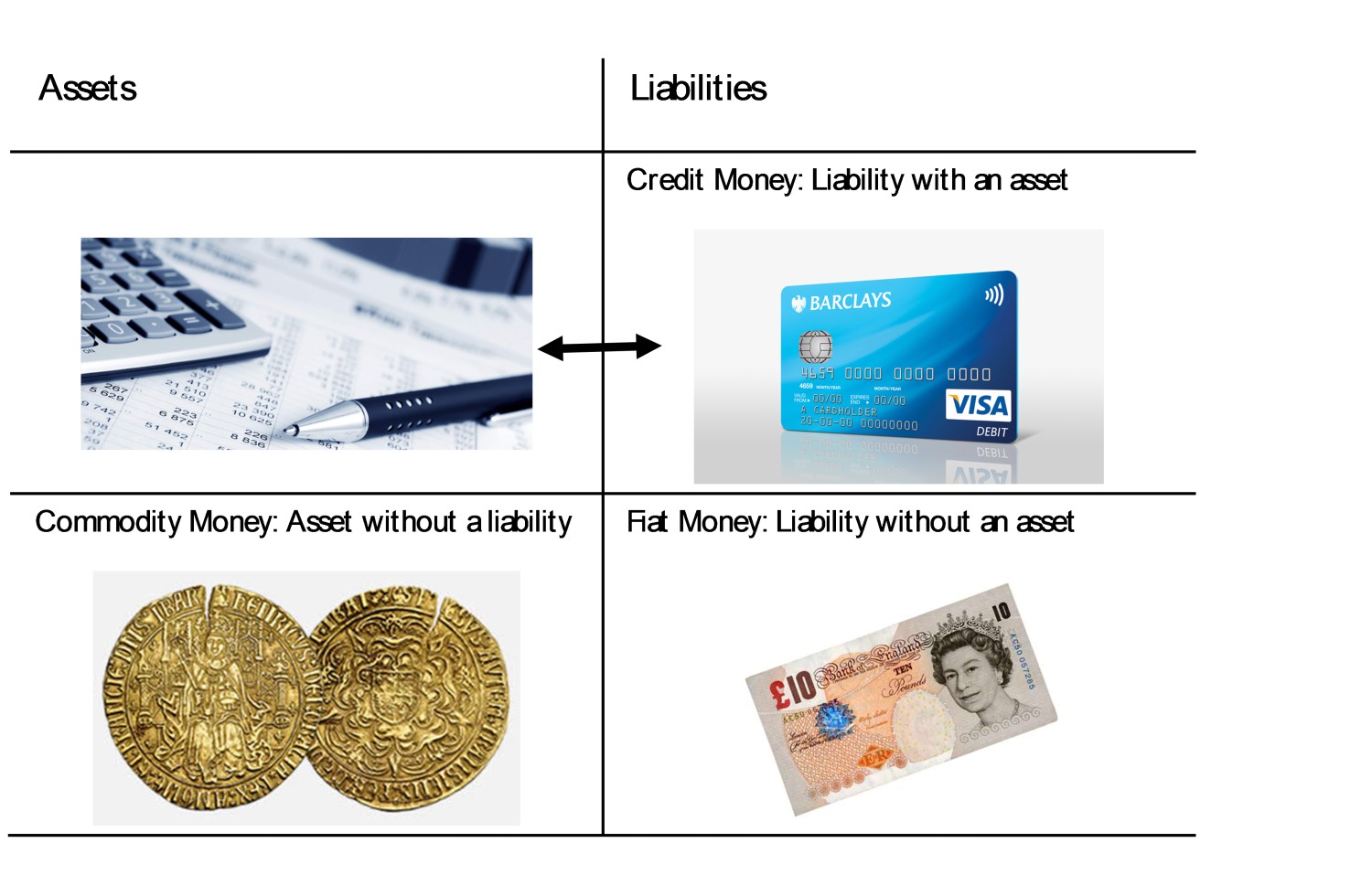 The title of the blog refers to Adam Smith’s classic story of the origin of money, where the butcher, the brewer and the baker overcome the ‘clogged and embarrassed’ operations of barter by adopting precious metals as means of exchange and payment. Along this line of thinking, money is ultimately a commodity, which has been singled out to function as a general means of exchange. In accounting terms, this commodity theory thinks about money as an asset without a corresponding liability. The archetypical image of this kind of money is the gold coin, which is assumed to derive its exchange value from an intrinsic use value.

What the commodity theory tends to ignore is the role of the state in the creation of money. Even gold only becomes money once it has been minted into a coin and assigned a nominal value in units of an abstract currency. This is one of the points of the state theory of money, which also argues that the value of money – even in cases when it is made out of gold or other precious metals – is not sustained by an intrinsic use-value but rather by the fact that it is accepted by a sovereign ruler in payment of taxes, fines and other debts. The state is thus in a position to create money, which are liabilities not corresponding to an asset. The archetypical image of this kind of money is the paper bank note issued by the central bank and accepted in settlements of debts to the treasury.

A third conception of money, which has been gaining increasing attention since the financial crisis of 2007-8, is the idea of money as credit issued by commercial banks. When banks issue new loans they expand not only the asset side of their balance sheet but also their liabilities as the deposit account of the customer is credited with an amount equivalent to the loan. In the modern economy, bank deposits are not just a representation of the ownership of other kinds of money. They are money. When the butcher buys beer from the brewer he pays by transferring his credit from his own account with the banker to the brewer’s account with the banker. Today’s electronic account money are liabilities for the bank, which refer to the assets of the bank. These assets, however, are not other kinds of money such as paper bank notes or gold coins hidden in vaults under the bank. The assets backing the bank money are typically nothing but the very same loans issued in the process of credit money creation.

The Unnatural Nature of Money

Combining these three theories, we can understand how our current crisis is the culmination of the privatisation of money. Banks create money as they issue new loans into the economy. This also explains why our economy is riddled with increasing amounts of debt. But before we start blaming the banks, we must remember that the privatisation of money creation has been authorised and facilitated by the state in the form of Treasury departments willingly accepting commercial bank credit money in payment of taxes. We should also understand that while the last remains of any silver or gold standard were abandoned more than 40 years ago, our current money system is instead based on a ‘housing standard’, since the vast majority of new loans from the banking sector are granted against collateral in the form of real estate. The price of these houses are in turn determined by the rate at which banks are willing to keep creating new money against the debt of money users…..

The different theories may also show us how the nature of money is anything but natural. Money is perhaps the most human of all human creations. The downside is that money systems are just as flawed as human beings. The upside is that it is within the powers of human beings to change them. In times of monetary transformation, such as today, the question of money has become much too important to be left for bankers to decide. It is a concern also for butchers, brewers and bakers.

Ole Bjerg is Associate Professor in Philosophy and Economics at Copenhagen Business School. He has written two other books: Parallax of Growth: The Philosophy of Ecology and Economy (Polity 2016) and Poker – The Parody of Capitalism (Umich 2011). @bjergole and ob.mpp@cbs.dk