How multi-agency teams made decisions in a simulated terror attack

How multi-agency teams made decisions in a simulated terror attack 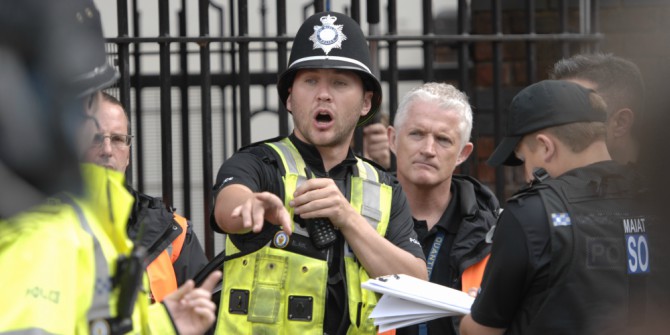 Paris, Brussels, Nice, Berlin, London and Stockholm. If I’d listed these six cities to you a little over 18 months ago, you might wonder if I was considering a weekend away to explore the rich culture, history and tourism that these great European cities have to offer. Today they are synonymously linked as the six cities that were victim to malicious acts of terrorism that killed and injured hundreds of innocent civilians.

The increasing threat and growing reality of terrorism in Western Europe means that reliance on our Emergency Services to protect, defend and save the lives of the public has grown more than ever. Not only must responders save lives and protect the public, but they are increasingly required to do that whilst putting their own lives at risk against an active and hostile threat. Psychological research has explored these extreme contexts to try and identify how to prepare and train our Emergency Services teams to make better and faster decisions under great pressure and uncertainty. We will outline one such piece of research.

In our recent paper, we explored the decision-making of commanders from the UK Emergency Services who took part in a simulated ‘Marauding Terrorist Firearms Attack’ exercise. Specifically, how commanders from different organisations managed their goals, considering the potential conflict that might arise between joint multi-team goals (e.g., save life) and role-specific individual agency goals (e.g., neutralise threat).

Fifty commanders took part in our simulation, which centred around a scenario of three men who had opened fire with automatic weapons at a busy city centre train station, with 80+ civilian causalities on the station concourse. Simulations lasted for approximately one hour, with commanders working in multi-agency teams of between three and five team members. Commanders logged their decisions electronically during the simulation as if it was a real-world attack.

First, despite commanders assuming that their goals were consistent, their self-reported goals showed they were very much role-specific. The Ambulance Service were predominantly attack focussed, consistently prioritising the goal to ‘treat casualties’. The Fire and Rescue Service were initially defence oriented (i.e., to protect responders during high-risk extrication procedures) but then shifted towards attack goals to ‘rescue casualties’. The Police Service demonstrated goal conflict between attack goals to ‘neutralise threat’ and defend goals to ‘protect the wider community’. All commanders sought to ‘save life’, but this vague catch-all goal meant something different to the various agencies with regards to whose life was most at risk at the given point in time; the casualties, the wider public, or the emergency responders themselves?

Second, at the multi-team level, we found teams who prioritised attack goals logged faster decisions early on in the incident; but those who prioritised defend goals logged faster decisions later in the incident. This contrasts with the theoretical literature on goal-directed choice, which suggests that approach goals (i.e., attack) are adaptive for human behaviour as they motivate individuals to strive towards the achievement of positive outcomes, whereas avoid goals (i.e., defend) can degrade performance as they motivate individuals to avoid negative consequences.

We suggest that these findings are explained by the context of the task environment. Arguably, the early phases of the scenario were ambiguous but predominated by one main decision task: to cordon the risk area. Yet later into the exercise commanders had to juggle multiple competing demands, wherein they had to deal with exhausted responders, an additional fire inside the station, and the unknown location of the shooters. Thus, when complexity is high, a decision strategy to satisfice to ‘least worst’ outcomes might lead to faster adaptation and decision making than one that seeks to maximise outcomes.

What does this research mean for practice?

We suggest the desire for joint decisions, in their traditional sense of collective consensus, is impractical due to the differences in how agencies process information through their own organisational lens. Teams might assume shared goals, but their interpretation is biased by their role. Furthermore, we suggest goals should be more concrete when operating in multi-team settings. The abstract ‘save life’ goal, commonly used in emergency contexts, is interpreted differently by different organisations in terms of how it translates into behaviour. Moreover, it seems unlikely that one day commanders would choose not to save lives, and so the functional purpose of abstract goals like this is questionable.

What are the next steps for this research?

Second, we advocate the need for organisational training to specifically teach individuals about the process of decision-making under pressure. Training of procedural and technical skills is routinely embedded in organisations, yet dedicated training to improve decision-making is less well established. We argue that the key to developing such training is via the use of immersive simulations, whereby individuals are taught to reflect and think about decision-making in a realistic and high-pressured, yet safe decision space. Importantly, training can be used to unpack the different perspectives of team members in order to help individuals emphasise and consider alternative organisational views.

Terrorism is no longer an abstract threat, but an increasing reality for Western Europe. This makes it imperative that the Emergency Services are prepared, trained and able to make decisions when operating under extreme risk. Decision scientists have the tools to explore, test and study decision-making under these extremes to develop and share knowledge that might facilitate decision-making and accelerate expertise. Through these collaborative endeavours, we can ensure that practice is informed by theory and empirical evidence, and together we can work to counter terrorism and save lives.

Nicola Power is a lecturer in Psychology and Security at Lancaster University. Her research explores high-stakes decision-making with a special interest in multi-team contexts. Specifically, she is interested in decision inertia: the psychological phenomenon whereby individuals fail to commit to a choice due to negative anticipatory thinking and redundant deliberation. You can follow her on Twitter @nspower15.

Laurence Alison is a Professor of Psychological Sciences at Liverpool University. He has an international track record of publishing on the subject of high-stakes decision-making, investigative profiling and investigative interviewing. His core area of interest is social cognition and the processes by which individuals make sense of uncertain, high-risk, ambiguous, complex or contradictory information, with special reference to decision inertia, anticipatory thinking and the use of simulated environments. You can follow him on Twitter @LCritical.