The coming jobs boom in the age of intelligent machines

The coming jobs boom in the age of intelligent machines 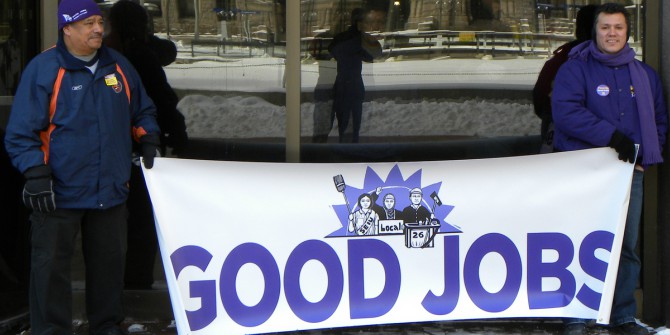 Central to the election of President Trump, the populist support of Brexit, and the distrust of so many institutions at the heart of the modern world, are concerns about the future of work; Who or what has taken my job? what are the jobs of the future? How do I – or my kids – get them? Where are the growth opportunities?

We all sense that the world is rapidly changing and many long-established industries are struggling to stay abreast of this change. We are inundated by stories of jobs and skills that used to generate a good, solid middle class life becoming less valuable than they used to be. And now, many people are increasingly conscious that work is about to change again as machines and software get smarter and smarter and do the work that people used to do. Even highly remunerated financial analysts are increasingly being replaced by software.

All of this has led to the widespread sense of angst and gloom. To many, the future seems a scary place. In reality though, the current zeitgeist portends a new – and we believe better – economy which is rapidly emerging; one based on new intelligent machines. The LSE’s Carlota Perez has written extensively about what happens between the end of one era and the beginning of the next;

History can teach us a lot. Innovation has indeed always been the driver of growth and the main source of increasing productivity and wealth. But every technological revolution has brought two types of prosperity. The first type is turbulent and exciting like the bubbles of the 1990s and 2000s and like the Roaring Twenties, the railway mania, and the canal mania before. They all ended in a bubble collapse. Yet, after the recession, there came the second type: the Victorian boom, the Belle Époque, the Post War Golden Age and . . . the one that we could have ahead now. Bubble prosperities polarize incomes; Golden Ages tend to reverse the process.

Our research and analysis clearly points to one conclusion; that we stand on the cusp of an explosion of economic growth, the like of which will make previous periods of high growth look anaemic. We are truly at a moment where we can say that the darkest moment is just before dawn.

Three forces are currently at work that will spark a boom economy and generate explosive job growth:

We’re starting to build out a new layer of infrastructure – digital infrastructure – that is both going to “upgrade” our existing world and lay the foundations for the new jobs of the future. This “great digital build-out” will produce next-generation jobs across the spectrum; from civil engineering (digging up roads to put 1,728 fibre count optical cables in place) to structural engineering (keeping the Shard standing) to manufacturing (making the Nvidia DGX-1 and the GE 2.5-120 smart turbine) to services (in Bonobos and from Betterment). Making physical “things” and spaces and places “smart” and connected to the Internet is going to require lots of grunt and grit as well as lots of smarts. And produce lots of jobs.

As most everything around us becomes tech-enabled and connected, we will start applying the ideas behind this “Internet of Things” to mission-critical parts of the economy, such as health care, transportation, and defence. Such a development will begin to radically change – and improve – work that matters. In 2030 we’ll look back at 2017 and wonder how we tolerated the poor quality of medical services that many of us receive today. The same is true of government services, financial service, and education.

Just as we tease our parents and grandparents about the outhouse in the back yard, black-and-white television sets, and cars without seatbelts, our descendants will rib us about how rudimentary and odd our tools are today. They will look back and wonder, “How on earth could they live like that?” In 2030, we’ll laugh as we remember that in 2017 when we visited an A&E we had to sit in a waiting room, then go over our history, instead of having all of that background (as well as pictures and videos of the problem) sent ahead so a team of well-prepared doctors was awaiting us at the door, ready to go.

Making this digital build out come to fruition is the entrepreneurial opportunity of a lifetime. Our current industrial-age inefficiencies may feel terrible now, but the next generation of leaders see these problems as incredible business opportunities. New artificial intelligence-based digital solutions multiplied across virtually every aspect of life will address myriad societal problems, in the process generating enormous economic value. Rather than foreshadowing the end of the middle class, new technology will help drive massive financial expansion.

In thinking about new digital solutions and artificial intelligence, we often focus on the impact of the technology on the world that we know. Many thus go straight to the “How many jobs will machines destroy?” question, yet the question is really about “What can this technology improve?” The answer is “a tremendous amount.” Viewing things from a 2030 perspective, it’s clear how much is about to change.

Enterprises are “becoming digital,” organising people and processes around the capabilities of the new machines and increasingly finding a new winning formula for the future of their work. When machines do everything there will still be a lot for us to do. Let’s get on with it.

Ben Pring leads Cognizant’s Center for the Future of Work. He joined Cognizant in September 2011, after spending the previous 15 years with Gartner as a senior industry analyst researching and advising on areas such as Cloud Computing and Global Sourcing. Prior to Gartner, Ben worked for a number of consulting companies including Coopers and Lybrand.