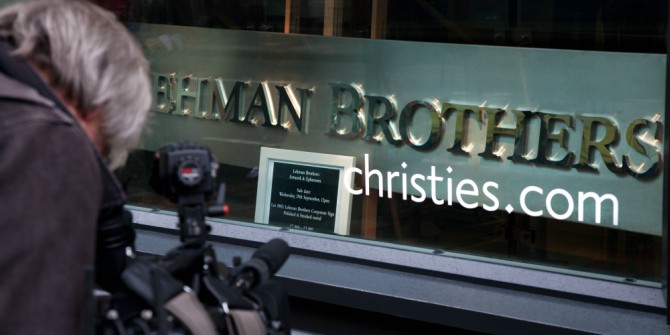 The concept of asset securitisation dates back to the Roman Empire. The practice of Pignus and Hypothec enabled a Roman citizen to secure his or her long-term debts with land. By the 11th and 12th centuries in medieval Europe, mortgages were used to finance crusades. Modern-day securitisation marks its beginning in Copenhagen, in the 1800’s, when the British set fire to the city. Proceeds from securitised assets were used to rebuild the doomed town.

In simple terms, securitisation is all about selling someone’s due money. Say for example, if you owe me $1000, I can sell my right-to-receive to someone else. That is exactly what banks do. They collect and pool assets (especially home loan mortgages), then sell them to a third party (known as a ‘special purpose vehicle’). This entity could be an offshore company (most likely in a tax heaven such as the Cayman Islands). The special purpose vehicle would tranche those assets, slice them, add some financial magic and make securities out of them.

Hence, securitisation paves the way for less liquid assets (i.e. a house) to be converted into liquid securities. In simple terms, the availability of capital in an economy may increase, enabling banks to grant more loans to more borrowers (this may increase house ownership rates) with comparatively lower interest rates. In academic literature, securitisation has been identified as an ‘alchemy’ that really works, yielding a number of benefits to all stakeholders in the process (banks, mortgage borrowers, investors and the economy at large).

However, the very same factor that makes securitisation a ‘hero’ makes it a ‘deadly weapon’ that could break down the global economy. As we have identified, in securitisation the originating bank sells the asset to a third party. This leads to a principal-agent problem. The bank that grants the loan will no longer be concerned about the quality of the borrower. This is what U.S. banks did just prior to the 2007 global crisis.

The loans granted to so-called non-creditworthy borrowers, perhaps known as sub-prime borrowers, were commonly called ‘low-doc’ or ‘no-doc’ loans. The main concern lies not with granting such loans, but securitising them and selling these securities to investors around the world. When sub-prime borrowers started defaulting (say for example when the house price went down or when adjustable interest rates started increasing), the real problem appeared. Investors who incurred losses claimed compensation via credit default swaps (for the sake of this discussion we can identify credit default swaps as a means of insurance). The final result was a chain of bankruptcies, including a company believed to be “too-big-to-fail,” i.e., the American Insurance Group (AIG).

As we have discussed above, the main issue with securitisation lies with the principal-agent problem. If so, all we have to do is prevent banks from securitising bad loans. The U.S. regulator came up with a solution, the Dodd-Frank Wall Street Reform and Consumer Protection Act 2010 (Dodd-Frank Act). Accordingly, a securitiser is required to retain no less than 5 per cent of the credit risk for any asset if:

The hope is that banks would not securitise non-qualifying mortgages since they would need to retain 5 per cent of the risk. The question here is, would banks be afraid of this 5 per cent risk they have to keep?

There are a number of reasons that will prove the Dodd Frank Act ineffective.

The US mortgage market is characterised by non-recourse loans, in which the mortgage is secured (only) by the real estate asset purchased with the loan. Thus, the lender’s remedy to sue the borrower for the deficiency between the foreclosure price and the outstanding mortgage value is limited. A non-recourse borrower is more likely to default when house prices decline (imagine, why would you pay $100,000 for a house that is worth only $50,000 since prices went down?)

Our concern here is with asset pools in securitisation. If the originator has included non-recourse mortgages in the asset pool, it essentially means the assets are more susceptive to defaults in an economic recession, disregarding whether the mortgages are sub-prime or not.

As per the Dodd-Frank provisions, the lender who securitises non-recourse loans does not need to retain a percentage of the mortgage amount to cover any default risk. If the house prices go down, borrowers will start defaulting. The lender may sell properties to recover losses. Since house prices have gone down, there will be a difference between the foreclose price and the value of the mortgage. This results in a similar situation that occurred prior to the global financial crisis.

Let’s consider a situation in which the mortgage pool consists of non-qualified mortgages. The bank is required to retain at least 5 per cent of credit risk for all mortgages in the pool. Thus in case of a default the bank will suffer 5 per cent of the loss. When a bank makes a loan to a borrower, it would tie its capital for the loan period (say for 20 years). Banks need to maintain a capital margin to meet up with the risk associated with the loan on top of the 5 per cent retained risk.

Now let’s assume the bank sells these subprime mortgage(s) to a third party, retaining a 5 per cent risk imposed by the act. The bank does not have to maintain capital margins, since the loan has been sold (this gives the bank a profit since it frees up money to be lent). The bank will still make a profit from the sale (in terms of interest, and servicing fees as the servicing agent).

As time passes mortgages keep on paying off. After a certain period of time, the bank will earn sufficient profits from the mortgages to meet its 5 per cent burden. After this point the bank would not worry about defaults in mortgages, since they have already taken the profit out of it. It is noteworthy that after every repayment by the borrower the due amount becomes less. As time passes the actual value of the 5% risk retained by the bank declines. This results in a comparatively smaller loss to the bank, which is already covered by the profits it earned.

In this way, the Dodd-Frank act fails to give a complete solution to the principal-agent problem that arises in assets securitisation. Even under Dodd-Frank provisions, a future global meltdown is still possible, since creation and securitisation of these ‘deadly assets’ can harmlessly flow between the lines of the very legislation that was created to prevent a future global financial crisis.

Shanuka Senarath is an attorney-at-law and a PhD candidate at Griffith University, Australia. He is currently working on assets securitisation in Australia and bankruptcy concerns pertaining to asset securitisation.