What Victorian households can teach us about financial decision-making

What Victorian households can teach us about financial decision-making 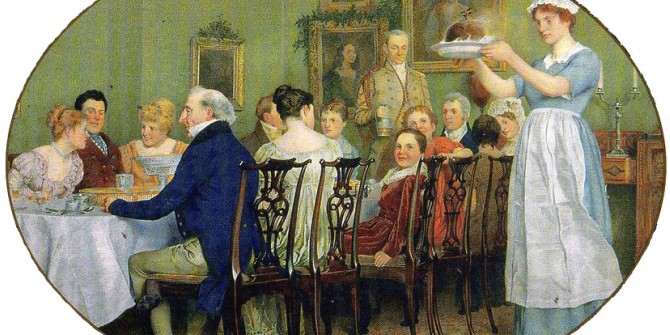 In our research, we explore the financial decisions made by a sample of late Victorian investors and attempt to draw some lessons from a period which, in its global outlook and investment opportunities, is similar to today.

We show that investors diversified their portfolios both internationally and across sectors, well before the benefits of diversification were modelled by Markowitz in the form of modern portfolio theory (MPT), which recommends that portfolio weights be chosen according to the returns and risks of individual securities but also according to the correlations between the various security returns.

But during the period that we study, contemporary investment publications also promoted the benefits of diversification in terms of enhanced yield without increased risk. They showed this by using historical data to quantify the greater returns achievable.

So, nineteenth century UK investors were also aware of the benefits of spreading risk across different types of securities as recommended by MPT. The most common advice, though, was not to calculate mathematical correlation matrices, as does MPT. Rather, the advice was to invest equal amounts in a range of securities, the so-called 1/N or naïve diversification approach.

Our study breaks new ground in our understanding of what Victorian investors did in practice with their portfolios. Up to now, researchers have merely acknowledged that such diversification took place, or have used market prices to argue that Victorian investors ought to have diversified and quantified what such investors would have gained in return terms, had they had perfect foresight.

For example, the probate records of our sample show an almost equal number of women and men held financial portfolios at death, highlighting the importance of women investors in this period. Also, we find that, for these estates at death that included financial securities, investments represented on average a substantial 60% of gross assets, the remainder being property, life assurance, loans and cash.

The average number of financial securities held in a sample portfolio was 4.6, with a median of only two. Surprisingly, though, this level of diversification is not dissimilar to that of portfolio holdings from US samples in the 1970s and 1990s, one hundred years later, and decades after MPT was formalised in the 1950s and 1960s.

In our sample, the level of diversification was linked to wealth, with the top quartile in gross wealth terms holding an average of 11 securities in their portfolios, with men holding more diversified portfolios than women.

But overall, investors did not hold securities in equal weights, as generally recommended in the investment literature of the period. They did not manage financial risk via naïve diversification. Nor did they evenly spread their risks across sectors and countries.

For example, investors living outside London, as well as less wealthy investors, preferred the securities of domestic companies other than railways. This indicates a preference for local investment, which offers an alternative route to risk reduction, that of trust in local enterprise. This is in line with recent economic history research on trust.

We also find that wealthier investors, who held more securities, were more willing to hold international and government securities than the less wealthy. In contrast, a surprising 35% of our sample of investors held only non-railway corporate securities in their portfolios.

In conclusion, individual investors in our late nineteenth century sample did diversify, but not as much as recommended by the contemporary investment literature. Instead, we find that they relied more closely on local trust networks for their financial decision-making.

This does not mean that investors failed to see the benefits of international, sectoral or naïve diversification. Rather – and this is a key lesson for today’s decision makers – non-wealthy households who hold the majority of their wealth in non-tradable form and who are unable to easily hedge financial risk, are reluctant, as were their forebears, to embrace relatively sophisticated financial approaches to investment.

They prefer, instead, to rely on trust, whether of the companies in which they invest or of their financial intermediaries.

Janette Rutterford is Professor of Financial Management and Research Professor at the True Potential Centre for the Public Understanding of Finance at the Open University Business School. Prior to joining the OU, Janette worked at Credit Lyonnais as a gilts analyst, taught finance at LSE, and worked in corporate finance at N.M.Rothschild & Sons Limited. Janette’s research has centred around corporate finance, investment management, and the history of finance, investment and saving. She has written a number of texts, notably Corporate Finance & Capital Markets, Financial Strategy, and three editions of An Introduction to Stock Exchange Investment.

Dimitris Sotiropoulos is Senior Lecturer in Finance at the Open University Business School. Prior to that he worked as lecturer and researcher in academic institutions in the United Kingdom (Kingston University London), Germany (Max Planck Institute for the Study of Societies) and Greece (University of the Aegean and University of Patras). Dimitris’ current research interests are focused on the political economy of derivatives markets, the social aspects of risk management and the history of financial innovation. He has published three books, the most recent one being The Political Economy of Contemporary Capitalism and Its Crisis: Demystifying Finance (Routledge). His papers in journals and edited volumes (in English, Greek and German) cover research areas from the history of economic thought to the empirical analysis of the recent Euro area crisis. His general research interests also include the theory of value and money, international political economy and the history of economic thought.