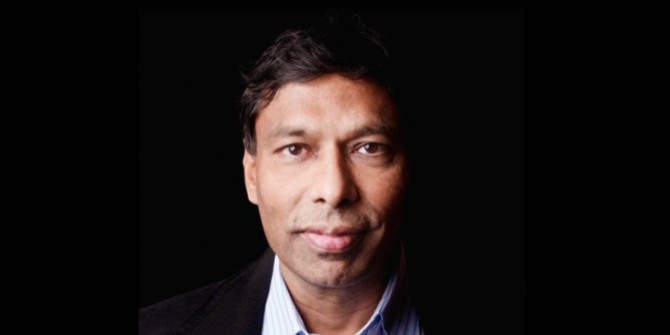 Naveen Jain is the co-founder and executive chairman of Moon Express, one of the four enterprises vying for the Google Lunar XPRIZE. The project, also called Moon 2.0, offers a $20 million prize for the first privately-developed spacecraft to land on the moon, travel at least 500 meters across its surface, and transmit photos and video. Moon Express bought three launches for its spacecraft from Rocket Lab. It must launch by the end of 2017.

LSE Business Review’s managing editor Helena Vieira caught up with Jain during the Collision tech conference last week in New Orleans. He predicts that private companies will be offering many consumer and industrial services from the moon in the next couple of decades, including tourism, games and mining. “Entrepreneurs are now doing things that used to be done by the state,” he says. “In the next 20 years, people will be going to the moon just like they go to Sydney… not very often, but they do go.”

Q: What exactly is Moon Express here to do?

Our long-term goal is to be able to save humanity from extinction because it’s only a matter of when, not if, that we’re going to become dinosaurs, sooner or later. We’re on this spacecraft called Earth that is flying around space naked and it’s a dangerous place out there. If we get hit by an asteroid, we will all essentially get wiped out. And if you don’t believe me, ask any dinosaur.

There’s a survivalist movement in Silicon Valley. People are buying land in New Zealand and elsewhere, but your idea is to establish humanity on the moon?

Yes, and I say the moon but in the long term there’s Mars and some other places. The problems of living on the moon are very similar to the problems on Mars, for example: they have very high radiation, none has much of an atmosphere, they experience extremely low gravity and a very wide difference in temperature between night and day. If we can learn to live on the moon we can essentially apply that learning to Mars and… truth be told, you’d rather be a lunatic three days away than being a Martian six months away.

So the idea is that you would live in capsules?

In the beginning you would need to do a transition, you could live in the biosphere, in the moon’s lava tubes, but in the long term, and as crazy as this may sound, nature is an unbelievable innovator, whether we like it or not… Nature has created these bacterial organisms that will not only survive in the radioactive nuclear waste, they will thrive in there. What nature figured out is that they can create the DNA and genetics that will survive radiation and use it as a source of energy. And we know of this technology called CRISPR and already now even in the UK it’s being tried in embryos. And what if we can pick those genes from these bacteria and make humans that not only survive radiation, they use radiation as a source of energy…

Our goal is to work in the process, in the beginning to bootstrap the process of how to live there… Can we start to bring resources back from the moon to bootstrap the process? Can we start to create some type of smaller tourism, or even a small settlement, so that taking your honey to the moon becomes your honeymoon? Or moon rocks could replace diamonds. Everyone gives someone a diamond. If you love her enough you give her the moon.

How is your company going to make money, especially in the early stages?

We make money in this particular case in many different ways. We dig stuff up, we use the stuff there to create the infrastructure and we bring the stuff down. Ah, and we create the infrastructure in the moon to help everyone else essentially build other companies. So for example… using the water on the moon you can create a fuel depot there. By taking the stuff from here, for instance, scientific instruments, a telescope, that allow people to take pictures, that’s another way of doing it. You can do a lot of consumer centred things.

It’s an interesting thing to think that when Steve Jobs launched the iPhone he went to you and asked, “Helena, what kind of applications would you like on this phone?” You wouldn’t have said “Steve, you know what I’d love? I’d love to throw birds against pigs.” And that’s Angry Birds. People just sat there for hours throwing birds against pigs. Pokemon Go did more for kids walking outside the house than any parent could have ever done. So what is the Pokemon Go of the moon that would recapture people’s imagination? Someone is going to do that. Could that be putting a newborn child’s footprint on the moon using PinArt? You put the PinArt here, step and boom, your footprint will be on the moon for $99 dollars. You can send a message in a time capsule for 99 cents. You could send a picture of your family for $4.95. For 10 dollars you could send a 30-second video of whatever makes you who you are… and even if all you want to say is F*** Trump, so be it…

What kind of resources would you bring back from the moon, would you start mining there?

Mining is just the wrong term because you’re not really mining so to say. What’s interesting about the moon is that it has been collecting asteroidal material for the last billions of years. With naked eyes you can see the crater sites. That means asteroids have been coming and crashing there and all the asteroidal riches are right on the surface of the moon, solidified. All you do is collect those things. What are those? Platinum grade material, that is, platinum, gold, silver, all the rare earth elements, but the most important part of the thing really comes from solar radiation. It’s called helium-3. A small quantity of helium-3 could power this planet. So, it’s an isotope of helium which produces a completely clean energy source in a fusion reactor and the output of that is non radioactive. No radioactivity at all. So it completely changes renewable energy. Stepping back, that’s what I was saying: entrepreneurs are now doing things that used to be done by the state, countries and nation states. Imagine that when we land on the moon we will be the first private company ever to do that. And you know we are the only company in the universe that has a permission to land on the moon. And when we land we become the fourth superpower.

When are you going to land on the moon?

This year, November or December. You didn’t say “Holy S***, can you believe you’re landing on the moon?” Instead you ask “Which month? And by the way what are you bringing, and how much?” This conversation has become normal. And the reason it has become normal is that we have shown that these kinds of things are possible.

Do you think we may find the cure to diseases on the moon?

It’s not the moon, even here on earth. The idea is to solve all the different problems. The beauty of the moon is that there are certain drugs you can do on the moon that you can’t do on earth, because when you have lower gravity things crystallise very differently in low gravity than in high gravity.

What is the goal of the first mission?

Like any other technological company, you need to prove that all the things that you’re developing work. So what are we doing? We’re building an autonomous spacecraft. Just like an autonomous car. You don’t just walk and say “Sure, Helena, go for it and please be safe.” What do we say? “Let’s go and make sure we’ve tested it with no humans, make sure we keep testing it.” So the first thing is to make sure our software is working, our hardware is working. You can’t control it from here, because when it’s going down, it had better know what it’s doing, how fast it’s going, what’s going on, and everything has to be autonomous. So the first mission is to simply test the hardware and software, hop around the moon, we know what we’re looking for, to be able to go and see if we can collect that stuff, understand it.

Are you going to the moon?

Well, it’s only a matter of time. I’d say it will be a routine thing to do in the next 20 years. People will be going to the moon just like they go to Sydney: not very often, but they do go.

It only sounds scary. Remember 40, 50 years ago… people didn’t travel by plane, because you know what they used to say? ‘Have a safe flight”. As if it were too dangerous for you to be doing it. Even today, what do you say when people travel? ‘Have a safe flight.’ When was the last time you heard of an airplane crashing?

Well, it does happen. Not very often, but it does.

One in a million or one in a billion? So that’s the thing…You know people say, “I’d never trust a robot to do certain things for me…” When you fly, do you know who’s flying the plane? Artificial intelligence, robots. When you get your dishes clean, who’s doing that? That’s a robot.

You chose the moon because SpaceX is going to Mars?

Oh I never thought it was easy…

Posted In: Leaders | Q and A | Tech Leaders | Technology 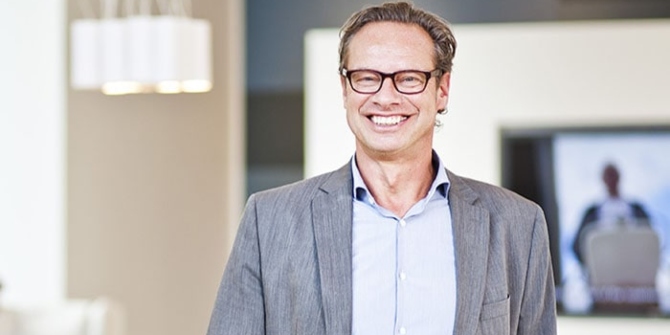 Jeroen Tas: ‘If we don’t look at the big picture, we can tweak ourselves to oblivion’ 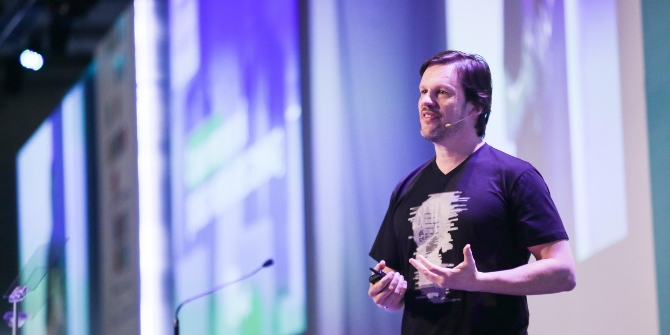