Brexit will probably cause disruption in markets, but systemic risk is unlikely

Brexit will probably cause disruption in markets, but systemic risk is unlikely 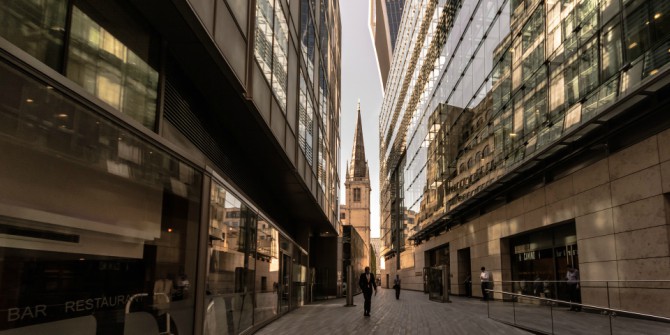 With less than two years until Britain leaves the EU, the implications of Brexit for financial stability are of some concern. Two key central bankers have reached opposites conclusions, with Mark Carney worried and Mario Draghi more sanguine. Broadly in line with Draghi, we think Brexit should mostly decrease systemic risk, albeit with a potential for an increase.

Brexit will be disruptive for financial markets, bring considerable operational risk, and impose substantial costs, as discussed by Baldwin (2016) and Danielsson et al. (2016).  However, when it comes to systemic risk, the bar is quite high.

Such systemic crises are not frequent. The IMF crisis database (Laeven and Valencia 2012) suggests one happens once every 42 years on average for OECD countries, and even that is an overestimate because it includes relatively innocuous, purely financial events. A true systemic crisis is more like a once-in-a-lifetime event.

Large and even very large losses, or significant disruption to the operations of financial markets, do not by themselves constitute systemic risk. More is needed for that to happen, and the most obvious types of risk might not be systemic. For example, take two identical losses, one in the US stock market and the other in US subprime real estate. Their impact has been very different. A $200 billion loss in the stock market barely caused a ripple, while a loss of a similar magnitude in the subprime market resulted in the biggest financial crisis of our generation.

The difference is the ‘unknown unknowns’. Although we anticipated and prepared for the stock market loss, the subprime loss came as a complete surprise to most of us. Even those who believed it might have happened were incapable of taking appropriate precautions due to institutional constraints and competitive pressures. We know how risk can be reduced and were able to prepare it for a long time as we have the ability to do so. We cannot do the same for ‘unknown unknowns’.

Most analyses of financial risk treat it as exogenous, an external shock to which we react but cannot influence.  While a convenient assumption that facilitates modelling and decision-making, the assumption of exogenous risk is not appropriate for systemic risk, which arises endogenously from the interaction of economic agents, who have  their individual and evolving situations, objectives and information, as discussed in Danielsson et al. (2009).

Endogenous risk is often revealed when we question the hidden assumptions or practices that have worked for a long time.  The extent of market reliance on the ‘Greenspan put’ or the liquidity of AAA-rated Collateralised Debt Obligations is hard to observe.

For endogenous risk to strike we need something within the system to change sharply – some assumption or belief to be violated – so that positions that had been willingly taken before come to be seen as highly unattractive and assets are sold at almost any price, culminating in ‘fire sales’ and illiquidity spirals.  Positions with high confidence, leverage, liquidity, trust and internationalism are most likely to be sharply re-evaluated, and these positions are associated with the European common market.

If there are systemic consequences from Brexit, positive or negative, this is where they will be found.

The good news is that Brexit will reduce systemic risk, primarily via two channels.

First, it will increase uncertainty and fear, and when market participants are scared they look hard for problems and operate cautiously. The financial sector is already anticipating many Brexit-related problems and making energetic preparations to deal with them, so the emergence of new ones will surely not come as a shock. That makes it unlikely they can cause systemic problems.

Second, Brexit increases fragmentation.  Highly integrated systems with unified rules and low frictional costs have many vulnerabilities.  They result in long chains of intermediation with many interdependencies that make it easier for local problems to spread system-wide. They also tend towards monoculture where whatever business model is best adapted to the regulatory environment squeezes the others out. Such systems, especially when coupled with barriers to entry such as high regulatory fixed costs, encourage the creation of too-big-to-fail entities.

Taking Britain out of Europe leaves both financial systems weaker and less efficient, but all the wasted effort and barriers to trade will also make it less likely that both financial systems fail at the same time and, so long as the barriers are not too high, will also help to maintain diversity within both systems.  While fragmentation is undesirable from an efficiency point of view, systemic risk is decreased.

Brexit might also cause systemic problems if, despite all the fears, planning and precautions, at some stage during the process some new fear suddenly arises or confidence in the ability to offset or hedge some risk suddenly disappears. If this comes as enough of a surprise and is pervasive enough it could conceivably result in a systemic crisis if earlier fears had been directed towards the wrong targets.

Two areas appear to be of concern, legal ‘plumbing’ and equivalence. We do not think either is likely to cause problems, but systemic risk is about unlikely but serious events.

Could some boring, totally mundane function such as settlement or rehypothecation have its post-Brexit legal status questioned?  Obviously, there is a well-established basis for these functions in Europe, another in the US, and 40 years ago there were the appropriate laws in the UK as well. But when the acquis is nationalised – transplanted whole into British law – is there any potential that something will be broken in the move?

Brexit will almost certainly reveal new problems within well-established contractual relationships, just as the Lehman insolvency lead to some aspects of the International Swaps and Derivatives Association being construed in court in a way many parties had not expected.  The real question is whether any problems will be of sufficient magnitude to cause a systemic event.

It is reassuring that the rules will be applied by regulators whose intent is to make things work as before.  Courts are sensible – the intent of nationalising the acquis is not to change things and courts will be strongly influenced by this. Provided that sufficient time is available, sensible solutions can be found.

Set against this, no burden of proof is required for uncertainty to explode into a crisis.  All we need is a credible question being raised about the legal basis of some activity and we might see all market participants prudently and immediately stop carrying out the affected activity until sufficient reassurance can be provided.

Such jumps in expectations and behaviour have been at the heart of many systemic crises, including in 2008, when the fear that further insolvencies might follow AIG and Lehman was sufficient to shut down lending to finance-sector counterparties until adequate reassurances were given that no more banks would fail.  Unfortunately, legal timescales are long, so if the legal ‘plumbing’ does threaten to fail, the UK and EU governments may need to find some way to underwrite the affected activity until the ‘leak’ can be fixed.

When Britain leaves, this permanence is gone, replaced by equivalence agreements. The EU can choose to recognise compliance with British rules as being equivalent to complying with European rules, and vice versa. However, by its very nature, such agreements are transient. Equivalence could in principle be revoked with a few months’ notice.

The need to avoid excessive reliance on equivalence is fundamentally at odds with the desire to make the concept useful, and so there is potential for problems, even though all involved are highly aware of the issue. We expect both European and British authorities to handle termination of equivalence agreements with considerable care.

Systemic crises happen when we suddenly question our existing assumptions for how the world works and don’t like the answer. We might get there with Brexit, perhaps via ‘plumbing’ or equivalence.

Among all the competing commercial, national and regional interests in the Brexit negotiations, financial stability and systemic risk appear to us to be relatively unimportant.

Jon Danielsson is a Director of the ESRC funded Systemic Risk Centre at the London School of Economics. He has a Ph.D. in the economics of financial markets and his research interests include financial stability, systemic risk, extreme market movements, market liquidity and financial crisis.He has published his research extensively in both academic journals and the mainstream media, and has presented his work in a number of universities and institutions.