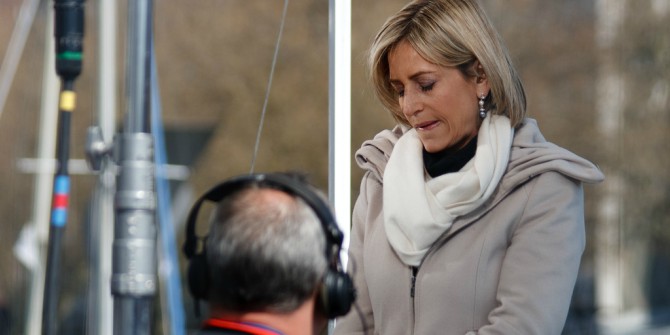 The BBC recently published the salaries of all staff earning above £150,000 a year, sparking much controversy over the rewards apparently being received by its ‘star’ broadcasters and on-screen ‘talent’.

Of particular concern were the huge pay differentials between men and women. Of the top 20 highest earners, three quarters were men, with Chris Evans topping the list with an annual salary of over £2 million. The highest paid woman at the BBC, Claudia Winkelman, earned around £400,000 – less than a quarter of Evans’s salary. It seems that even men and women who appear to be doing much the same job are being very differently paid. While Nick Robinson and Evan Davis receive generous salaries of around £250,000 a year, their Today and Newsnight co-presenters – Sarah Montague and Emily Maitlis – didn’t appear on the list at all. In response, around 40 of the BBC’s most prominent women executives and broadcasters wrote an open letter to BBC Director General Tony Hall urging him to ‘act now’ in order to correct the gender pay gap.

Certainly, the list has revealed some obvious gender inequalities – which have been rightly challenged. But looking at the list more closely, other inequalities become apparent – though ones that have provoked much less angst or commentary. For example, no Black, Asian or Minority Ethnic (BAME) people feature amongst the 24 staff earning over £300,000, and only a handful of BAME workers (by my estimate less than 10%) are earning over £150,000.

The list also tells us something interesting about social class. While it appears to signal the BBC as a meritocratic institution (most of the top 10 earners attended state schools) the wider picture is one of a corporation where the highest paid – whether in management or broadcast – tend to come from elite and privileged backgrounds. The journalist Lewis Goodall has estimated that 45% of the BBC’s best paid stars attended a private school, a figure that seems plausibly in-keeping with some of the more recent social research identifying the media as an elite or middle-class profession.

We might further add that very little – perhaps nothing – has yet been said about how this list of high-earners might shed light on other dimensions of inequality and participation – such as those rooted in age, disability, religion or sexual orientation, for example.

I raise this point because one of the things that social science is now telling us about the cultural and media industries is that its inequalities tend to be multipart and intersectional. In my new book, Creative Justice, I explore how the burdens of inequality are disproportionately carried by those with multiple social disadvantages. Black women, for example, do not get jobs as CEOs, Directors or Senior Executives in major UK cultural or media industries – with the absolute rarest of exceptions.

Only a handful of working-class women have ever edited a UK national daily newspaper – and only one (Janet Street-Porter) edited a ‘quality’ broadsheet. This is not because people from such backgrounds lack ability but because, for many, social inequalities tend to be cumulative and cross-compounding. In this respect the BBC list not only reveals a lack of BAME stars, but very few BAME women, with even fewer of these coming from working-class backgrounds. The most interesting aspect of this list, then, is not simply that women are paid less than men, but that it reveals something more about the ways in which opportunity is socially distributed in the media – and how this is shaped by different combinations of advantage and disadvantage.

But while we might question the pay differentials between the ‘stars’ – and examine their social distribution – we might also want to acknowledge a different kind of inequality that the list helps to illustrate. To return to the open letter sent to Tony Hall, its signatories identified a wider problem beyond that of pay differentials between the very highest-earning men and women:

Beyond the list, there are so many other areas including production, engineering and support services and global, regional and local media where a pay gap has languished for too long.

Pay inequality, it seems, goes much further than reporting suggests. The BBC has long been accused of deflating salaries for ordinary staff on its standard 2-11 pay scale, and for treating men and women (and ethnic minorities) very differently in the competition for rewards and positions. Last week, in response to the release of the list, one unnamed source reported:

‘..young female producers are kept long term on shabby short-term one or three-month or six-month contracts on rates that haven’t moved for 20 years or more’

Similar points have also been made by the broadcaster’s union BECTU, who have consistently challenged what they perceive to be the excessive salaries of BBC managers, and highlighted the low pay and precarious working conditions endured by many employed and freelance BBC workers. While it’s right to challenge pay inequalities and inequities wherever they occur, we should note that life is materially very different for those who are being paid at the bottom of the organisation, rather than the top. And we should also acknowledge the clear and necessary connection between these two poles.

The rewards for the elite come at the expense of a more equalitarian dispersal, since corporations like the BBC can only afford to offer ‘top talent’ its exceptional financial rewards by controlling costs in other areas of the production process – including the work undertaken by others further down the organizational hierarchy.

To be fair to the BBC, it is by no means the only (or even worst) culprit here. Commercial broadcasters and independent production companies actually pay higher salaries to managers and ‘talent’, and many display worse inequalities, which they are rarely held accountable for. Many of the criticisms of the BBC appear strongly motivated by those who have a vested commercial (and political) interest in undermining its viability and status.

Recent reports have commended the BBC for actually cutting its expenditure on top talent, as well as for striving to distribute its resources in a more even-handed and transparent way. Yet for the BBC it remains the case that when it comes to pay, a greater justice and fairness can only emerge through taking into account the relations between all workers, across all levels, and all the way down.

Mark Banks is Professor of Culture and Communications at the University of Leicester. He researches the cultural and media industries, work and cultural policy. He is Director of the university’s CAMEo Research Institute for Cultural and Media Economies. His latest book is Creative Justice. 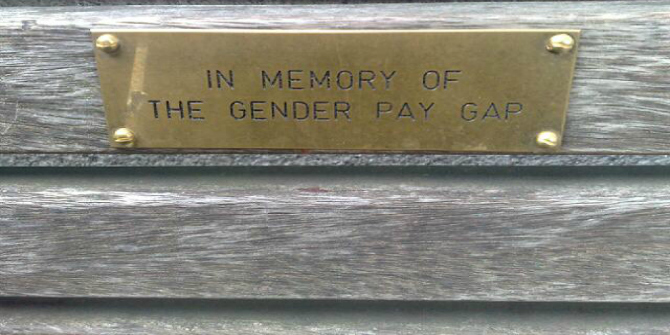