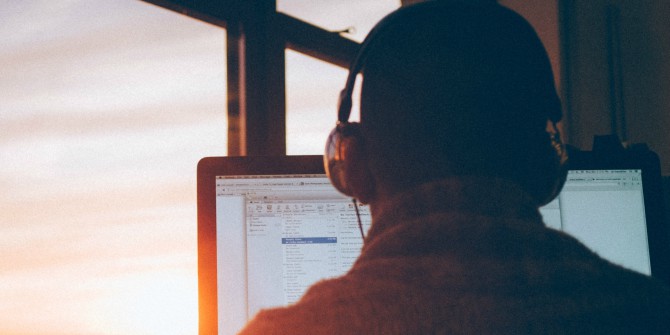 This blog post focuses on the latter, as despite European anti-discrimination legislation, hiring discrimination of ethnic minorities is still a pressing issue. A recent overview, for instance, shows ethnic minorities to send out 50 per cent more applications to potential employers than equally qualified ethnic majorities to get invited for the same number of job interviews.

Surprisingly, research on hiring discrimination has spent less attention to the discriminatory nature of resume-screening than other assessment tools, such as job interviews, cognitive ability tests, and work sample tests. This is remarkable, given resumes’ vulnerability to biased decision-making. When compared to other assessment tools, resume-screenings are one of the most frequently used screening tools worldwide. Triggered by these observations, we started examining factors that might prompt ethnic discrimination in resume-screening. This might increase insight into the causes of unfair treatment as well as ways to avert unfair treatment of ethnic minorities.

Negative effects of applicants’ ethnic background on hiring outcomes have been studied most. Among ethnic markers in resumes are ethnic-sounding names (“Mohammed” vs. “Mark”), ethnic looks as appearing on picture IDs attached to resumes (“dark” vs. “light” skin tone), and other biographical information (such as one’s “place of birth”, “mother tongue”, “place of living”, and so on).

But what about the job one is applying for? Some years ago, the media reported about Maghrebis who had to change their Maghrebi-sounding name (“Abdelkader”) into a Dutch-sounding name (“Robert”) if they desired to work as call centre employees. Apparently, some jobs (like those with much external client contact) may fit the stereotypical image of ethnic minorities less than other jobs. Hence, whether ethnic minority applicants are evaluated (un)favourably might depend on a mixture of stereotypes associated with both the ethnic group one is associated with and the job one is applying for.

Interestingly, less attention has been paid to the role of job characteristics. Therefore, we investigated whether applicants’ minority status led to lower job suitability ratings and whether this depended on the job type one was applying for.

A total of 424 experienced HR professionals participated in an online experimental study (100 per cent native Belgian/Flemish). HR professionals evaluated the job suitability of the resumes of four fictitious, equally qualified male applicants for one of four different jobs. We varied the applicants’ ethnic status by their skin tone (dark vs. light) and ethnic-sounding name (minority vs. majority). Two of the applicants belonged to the ethnic majority group, namely Belgian/Flemish majorities. The other two (fictitious) applicants belonged to one of the largest ethnic minority groups in Belgium, namely Maghrebi/Arab minorities. As in many other Western-European countries, Maghrebis/Arabs have the highest unemployment rates and weaker labour market situation compared to other ethnic minorities and majorities.

Applicants’ skin tone colour instigated more ethnic discrimination than their ethnic-sounding names. Dark-skinned applicants suffered much more hiring discrimination than their light-skinned counterparts. The degree of discrimination, however, depended greatly on the particular combination of job client contact and status. Negative stereotypes of dark-skinned persons were activated in the low status position but disconfirmed in the high status position that both included much external client contact.

That is: Low status contexts may match the stereotypical image of the lower educated ethnic minority applicant and, hence, result in lower job suitability ratings, particularly when the job holder has to interact with clients. However, when job status was high, the stereotypical image of the lower educated ethnic minority worker did not match the position he was applying for. This may have ‘lifted’ recruiters’ perceptions of applicants’ competencies to deal with external clients. The reverse pattern emerged when the amount of external client contact was low. Ethnic minority members who did not represent the organization externally were still perceived as a threat to majority members, but only so in high status contexts, where they might be considered as a threat to the legitimacy of the status quo (see Figure).

In sum, ethnic discrimination is complex, as it depends on the interplay of ethnic cues with job characteristics. Depending on the job one is applying for, dark-skinned applicants might be advised not to reveal their picture IDs (resumes; social media) as their skin tone might provoke stereotypes and instigate hiring discrimination.  As it might be harder to crack a prejudice than an atom, HR practitioners could adopt anonymous application procedures. However aside from very obvious cues (like skin tone), resumes might also include more subtle cues to one’s ethnicity, such as applicant’s personal affiliations with sociocultural groups. Competency–based assessments, therefore, could be an interesting alternative to the blotting of personal information. Yet, above all, organisations could make efforts to increase HR professionals’ awareness of the way one forms impressions about others and the vulnerability of resume-screening to biased decision-making. 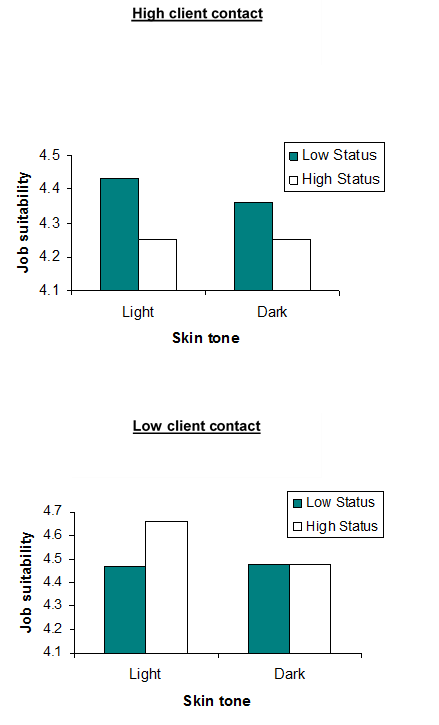 Eva Derous is an associate professor of industrial and organizational psychology in the Department of Personnel Management, Work and Organizational Psychology at the Ghent University (Belgium). Eva’s research interests are in HR management, and recruitment and selection in particular, with a specific focus on diversity and discrimination-related issues (considering ethnicity, gender, and age). From an evidence-based perspective, she also provides consultancy for companies.

Roland Pepermans is a professor at the research unit for Work and Organizational Psychology (WOPs) at the Vrije Universiteit Brussel (Brussels, BE). He took up the Dean’s position at the university’s Faculty of Psychology and Educational Sciences as from Fall 2015. In his research he attempts to build bridges between the profit and non-profit sectors with projects on talent and career management, motivation and psychological contracts.

Ann Marie Ryan is a professor of organizational psychology at Michigan State University.  Her major research interests involve improving the quality and fairness of employee selection methods, and topics related to diversity and justice in the workplace.   In addition to publishing extensively in these areas, she regularly consults with organizations on improving assessment processes.