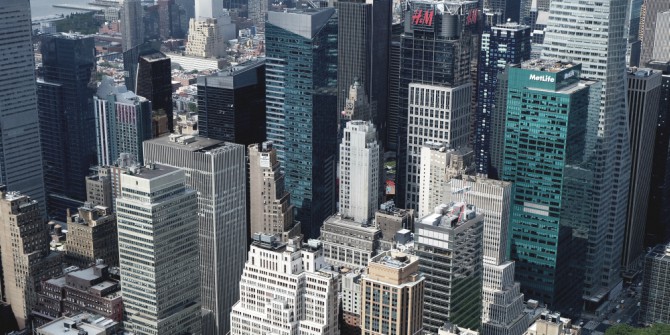 Private Equity is a fringe asset class no more; it has evolved, matured and refined its way into the mainstream. Yet, I foresee major changes for the industry and, fully aware that forward-looking statements have a tendency to dramatically stray from future reality, wish to dare a glimpse of what may come.

Success spawns imitators, and businesses have started to pay attention. Senior executives are keen to learn about the secret sauce that makes private equity funds so successful to port the lessons to their own organisations. Time will reveal if companies can successfully take a leaf out of the PE playbook; if they can become as rigorous and disciplined about execution as PE investors have been. US estimates suggest that 12 to 17 per cent of all companies with valuations over $100 million are in PE hands; so many senior executives are already in ring-side seats and, presumably, learning the tools of the trade.

A tsunami of capital?

I see no end in sight to the steady stream of capital flowing into the private equity industry. Beset by historically low interest rates, few investors can afford to ignore unlisted companies. Norway’s pension plan and Japan’s Government Pension Investment Fund (GPIF) – some of the final holdouts – have recently added PE to their investible universe and now compete with pension plans, sovereign wealth funds, family offices and HNW individuals in the search for unlisted opportunities.

Pension plans will continue to be enthusiastic allocators in light of their underfunding (by some estimates as high as $5 trillion). Sovereign wealth funds added US$ 1 trillion in investable assets between 2013 and 2015 alone; new ones continue to be launched, mainly in the emerging markets. China’s insurers have started to allocate to offshore funds, adding to a wave of new capital looking for investable assets.

Some veteran investors started more than 15 years ago to try their hands on direct investing, thereby circumventing traditional private equity funds. Some have developed a solid reputation with excellent teams and challenge nowadays traditional PE players on prime targets. This desire to “go direct” will continue, but is unlikely to lead to a break with the traditional fund model; direct investing will prove successful only for a select few of the very large investors.

This tsunami of capital allowed some private equity firms to grow rapidly, in the process extending their product offerings beyond that of PE. They left limited partnerships (LPs) wondering if the hungry dealmakers of old had turned into asset accumulators. More available funding made it easy for new players to enter the scene, a trend that will have an impact on deal making going forward. We are seeing experienced PE partners spin out to set up shop, larger limited partnerships turning into quasi-general partnerships and new players from the emerging markets joining as well.

More players participating has led to significantly higher valuations on deal entry, a trend that will certainly continue to test the mettle of PE investors and demand a broader skillset. No longer financial wizardry alone but the ability to transform and improve businesses will be the modus operandi of the most successful PE funds in future.

How may this play out?

Let me close with a look ahead at the immediate future. In 2016 we came to the end of a so-called ‘exit supercycle’ which is bound to have long-term consequences. Returning money endeared the PE industry to its limited partnerships and facilitated fundraising. LPs were happy to ‘re-up’, remembering the recent ‘good years’ of positive cash flows; so it is no wonder that 2014 to 2017 will go down in history as record fundraising years.

Consequences of such ‘irrational exuberance’ * are starting to show. Deal making has been slow since 2016 – not surprising of course in a time of record high valuations (in certain emerging markets EBITDA multiples of 20 times are not unheard of). Whether deals done at such ambitious valuations will be managed to a profitable exit is everyone’s guess; but three predictions can be made:

The above concerns are well justified, yet the demand from companies for (private) capital and experienced partners willing to roll up their sleeves remains strong. Will the private equity industry be able to respond to the challenges and ensure that their capital continues to reach the most deserving companies?

* “Irrational exuberance” is a phrase used by the then-Federal Reserve Board chairman, Alan Greenspan, in a speech given at the American Enterprise Institute during the dot-com bubble of the 1990s. The phrase was interpreted as a warning that the market might be somewhat overvalued.

Claudia Zeisberger is a Professor of Entrepreneurship and Family Enterprise at INSEAD.