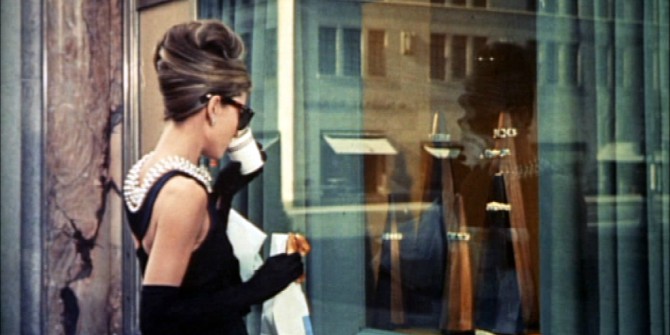 Large American international retailers have been defining global consumers’ in-store experiences for decades. Firms such as Woolworths, and concepts such as the supermarket, have changed how we use stores and what we expect from them. American innovation in retailing in the twentieth century was synonymous with the notion of “big is beautiful”.

However, the origins of American international retailing lie not with the Chandlerian scale and scope dynamics of the large store with a wide range of departments. It rests with the focussed offering of one of America’s strongest brands: Tiffany and Co. of New York. While department store operators that dominated the retail skyline in New York, Chicago and Philadelphia considered, but hesitated, to take their retail concepts abroad in the nineteenth century, a “jewelry” store from Manhattan did just that.

Founded in New York in 1837, the original partnership of Tiffany & Young soon began to source merchandise directly from European markets and the Parisian market in particular. Associations with European sophistication helped to build the firm’s reputation at home and encouraged it to expand its retailing activities abroad. Established in Paris in 1850, their first resident international buying office provided a location through which sales could be made to loyal American customers travelling or living in Europe.

In the late 1860s and early 1870s, two factors came together to facilitate fundamental change in the firm’s international operations. A corporate structure replaced a partnership structure and the firm began to define its brand identity. Initially, the firm’s Paris operation was known as Tiffany, Reed & Co.; Charles L. Tiffany managed the business at home and Gideon Reed was the resident partner in Paris. However, following incorporation in 1868 and Reed’s retirement in 1875, the name of Tiffany & Co. was adopted in international markets. This change reflected increasing international recognition of the artistry and the quality of the firm’s merchandise. The “Tiffany” brand was gaining an enviable reputation.

Winning a Grand Prize at the World’s Fair in Paris in 1878 encouraged Tiffany to move its Parisian retail premises to more central and fashionable facilities. Retail development went hand in hand with increasing brand recognition. In 1891, the firm opened a store on Regent Street in London. New and enlarged facilities were required as demand from the expatriate American market was supplemented by increasing demand from indigenous customers. International retail store development culminated in the opening of an iconic store on the Place de l’Opera, Paris, in 1910. The new store was designed to impress, and no expense was spared. For example, in the planning phase, a life-sized version of the inside of the store was constructed on the outskirts of Paris.

Retail innovation in the late nineteenth century is closely associated with the development of large American department stores. However, such department store businesses remained tied to their domestic market until the twentieth century. The history of Tiffany & Co. illustrates the role that smaller firms with strong brands played in the early development of international retail activity. That said, it is only possible to explore this history in-depth through the survival of valuable in-house documents preserved by the firm itself.

Tiffany & Co. maintain a professionally managed archive that allows the firm to understand, explore and derive design inspiration from its own history. Without the survival of such records, the history of retail innovation can easily be forgotten and undervalued. Research into early international retail activity is throwing new light on the globalisation of markets in the final decades of the nineteenth century and early decades of the twentieth century. While the role of manufacturing firms in this process has been understood for some time, it is only now that the role of retailers such as Tiffany of New York is being fully appreciated.

By taking the longer-term view, it is possible to identify those factors that allowed Tiffany to develop sustainable international operations at such an early date. Development of a strong brand was crucial, but equally important was the development of a stable organisational structure. Incorporation brought the firm stability; a partnership structure in the hands of able individuals based on both sides of the Atlantic worked for a surprisingly long time, a quarter of a century, but it was incorporation that facilitated expansion of Tiffany’s retail activities abroad.

When the firm opened its London store in 1891, the new store on Regent Street surpassed the Paris store of that date. In time, as Tiffany recognised the value of the Regent Street format, it upgraded its retail facilities in Paris. All of these factors supported international retail growth and innovation. They came together at a time of growing consumer demand for the merchandise offered by Tiffany & Co. With a strong brand and prestigious retail facilities in New York, London and Paris, the firm was well placed to take advantage of a burgeoning consumer market.

When F.W. Woolworth and Gordon Selfridge, commonly acknowledged pioneers of American retailing, brought their innovations across the Atlantic in the first decade of the twentieth century, Tiffany already had over half a century of international retail experience in Europe. The origins of American international retailing do not rest with the large format operations of the twentieth century; they rest with the smaller specialist firm, with a strong brand, in the nineteenth century.

Anne Marie Doherty is Professor of Marketing and Head of the Department of Marketing, at Strathclyde Business School, University of Strathclyde, UK. She is Chair of the Academy of Marketing in the UK. Her work focuses on contemporary and historical perspectives on international retail marketing, particularly market entry methods, franchising and branding. Her research has been published in leading academic journals. Professor Doherty can be contacted at annemarie.doherty@strath.ac.uk