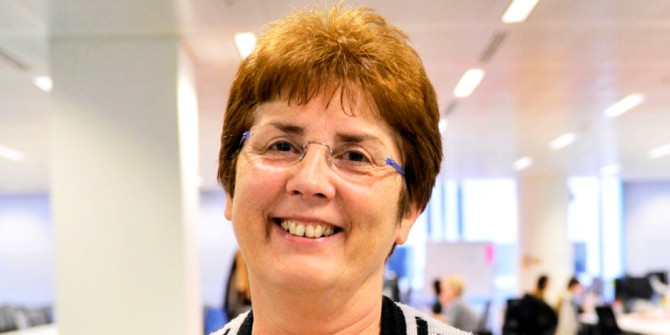 Immigrants who send money back home can be a lifeline to their families. According to some estimates, remittances to developing countries reached US$ 436 billion in 2014. Despite the fast growth of the market, until a few years ago it was a cumbersome, low-tech process. In 2010, an African immigrant saw an opportunity to take advantage of the mobile money phenomenon in Africa and founded WorldRemit, an online service that makes it easy for people to send money directly to their family members’ mobile phones. “When people wanted to send money back home they had to first withdraw cash, then go to a shop, queue and send the money, while the person on the other end would have to go to a shop and collect it,” says Catherine Wines, WorldRemit co-founder. Catherine is a member of the Institute of Directors and the Association of Chartered Certified Accountants (ACCA). She served on the UK governments’ Remittances Task Force established by the Department of International Development (DFID) between 2006 and 2009. “International remittances are very important; they help people directly,” she told LSE Business Review managing editor Helena Vieira during the Mobile Money and Financial Development Conference at LSE.

Could you tell us briefly what WorldRemit is and what you do there?

I’m the co-founder of WorldRemit. It’s an online remittance business which targets helps migrants send money back home. We’re seven years old. We very much wanted to disrupt the remittance sector, which was very traditional until then. This means that when people wanted to send money back home they had to first withdraw cash, then go to a shop, queue and send the money, while the person on the other end would have to go to a shop and collect the money. Our mission was to make it more convenient, secure and fast – but also cheaper, because remittance was dominated by a few players and the cost was very, very high. We did that by using technology to be able to make it easier, so that people could just go on a website or use our app to do a transaction very quickly, using their debit card or their bank account and using the technology in terms of KYC (know your customer) verification to make it very quick and therefore be able to send the money quickly, reducing the cost of the transaction.

So you’re a for-profit, a business?

Oh, yes, we’re a business. We’re backed by some Silicon Valley venture capitalists that have invested previously in Facebook, for example. We’re a business but we very much have a mission. Our founder, Ismail Ahmed, is from Somaliland and he had the experience of sending money when not a lot of technology was involved in it. You know how a few years ago if you had to buy an air ticket you went to a travel agency, but now you can do it online. So we wanted to make sending money a lot safer, cheaper and more convenient. But what we saw very quickly was the emergence of new technology in Africa, specifically. There certainly is mobile money in other countries, but the emergence of mobile money in Africa. We felt that if people can have a mobile wallet and use it locally, why can’t they send money internationally, rather than having to go to a shop and withdraw cash. And to receive an international remittance, why not receive it directly into their mobile phones? That’s what we did. We work with mobile operators in Africa, specifically, and now we are connected with certified services in 27 countries. As a result, we established a little bit of a niche. We are now the leaders in international remittance to mobile money.

So you’re a fintech?

Yes, we’re very much a fintech. But we also have a mission, there’s no doubt. We have investors and we have to be commercial, but also at the heart of this organisation we know what we want. We want to help people, make it easier for people to receive money. We need to put that in context. International remittances are very important. They help people directly. Every pound or dollar saved on the cost of sending money is a pound or dollar that goes to their families back home. That for us is very important.

How many countries are you operating in?

We operate in about 50 countries, including all of Europe, US, Canada, Australia, New Zealand and some of the Far East countries, sending money to about 140 destinations, including Africa, South America and the Far East. There’s no doubt Africa is our main continent for the moment. Fifty per cent of our transactions go to Africa.

Is the remit operation a step towards growing your business in new directions, maybe banking services?

For us the issue is to improve and make remittances cheaper and easier. That means working on automation, on the product, on the customers’ experience. It’s about giving the choice to the customer. Mobile money is an option, but it’s not all there is. So, we’ve got cash pickup, depositing on bank accounts, airtime top-up, and we’re looking, as we grow, at other products that the customer wants. There are many products that people want, you know, like insurance, health insurance, so on – that we’re looking to add to our product range, to make it easier for them so that there’s a one-stop-shop where they can send money very quickly – two taps and they can do the transaction and send it.

What is there in the receiving end, a telephone company, a bank, how does it work?

We have to work with licensed entities. That’s what takes time. You have to develop a network of partners who are going to deliver the money for you. In most countries it tends to be banks, or micro-finance institutions, currency exchange operators, the types of licensed entities that have cash to pay out. Obviously we work with mobile money operators.

Yes, of course. As I said, in Africa we deal with MTN, MPesa, Safaricom, TiVo, we work with all of them.

How do you see the regulatory environment in Africa?

What is the penetration rate of mobile phones in Africa? Does everybody have one, even if it’s not a smartphone?

For mobile money it doesn’t have to be a smartphone. It’s generally like those old Nokias that we used to have 15, 20 years ago. And that’s important. There’s probably one billion people around the world who are unbanked but have a mobile phone. And that’s why mobile money is so important. Because you can reach all these people with mobile money, whereas before they wouldn’t be able to get a bank account because they’re probably too poor and uneducated to meet their financial needs. With a simple mobile phone they are able to operate with mobile money very easily and  can become financially included. And that’s really why mobile money made such a big difference.

Is there any room in your plans for offering credit, savings and other products?

Obviously that becomes a lot more complicated because you have to be licensed in each country and it takes a lot of time. But we’re working with partners to allow people to do that, or in some countries we may find it important to be able to do it ourselves. But it’s about working in partnership with a lot of operators and banks so that we can offer products to the consumer.