What are we talking about when we talk about mobility?

What are we talking about when we talk about mobility? 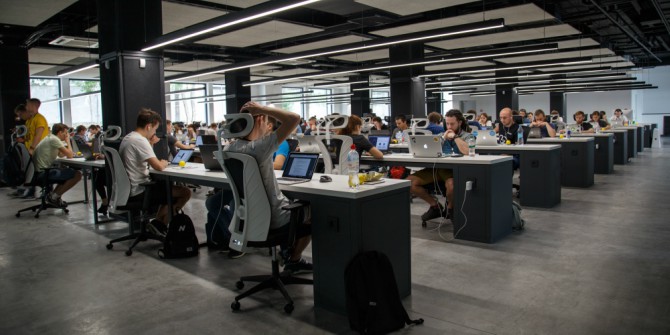 Mobility is a polysemic notion. We here only allude to geographical mobility, understood as physical movement in a professional setting. It may refer to working in a different space than the usual one, as well as to professional trips (whether these are systematic or not). Add to that daily commuting between home and the workplace, which, according to the 2017 BCG – Ipsos study, represents on average 2 hours per day – the equivalent of almost 4 days per month. Over the last thirty years, geographical mobility has largely increased in most countries in the world.

A breeding ground for mobility

There are several factors driving increased mobility with, on the one hand, the organisations and individuals who aspire to it; and on the other one, the emergence of new technologies and practices that make it possible.

New ways of working within companies

For a long time, occupational geographical mobility inherently implied nomad employees such as sales representatives or consultants. This phenomena now includes new stakeholders and other fields. A number of factors have fostered the emergence of new ways of working within companies:

Mass unemployment is a structural problem that resulted in the creation of new work regulations recognising self-entrepreneurship (‘auto-entrepreneur’ in France), or the emergence of new phenomena such as ‘slashers’ and pluriactivity (engaging in multiple separate professional activities).

Whether they are societal or company-specific, these factors, by combining themselves, lead to the emergence of new and constantly evolving labour practices which not only drive a reconfiguration of work relations but also tend to set up work mobility as a norm.

Mobile work and remote work: is France lagging behind?

Carrying out a professional activity outside the traditional workplace is certainly the most common practice. According to Neo-nomade, a leading French platform for co-working, 2.5 million working people could be considered “mobile”, i.e., about 10 per cent of the French workforce. Between 2013 and 2025, nearly 1,400 flexible workspaces are expected to be created. The installation in France of the American giant co-working actor WeWork, last April, seems to confirm this trend.

Co-working is not only about the self-employed; still according to Neo-nomade, an increasing number of small and medium enterprises (SMEs) and big businesses are allocating a budget to their employees so that they work in such spaces.

For a long time, France has lagged behind in terms of telework and remote work. In 2009, France Stratégie, a public lab and think tank linked to the French prime minister’s office, estimated the proportion of teleworkers at 8.4 per cent, while the European average was 17.7 per cent.  This situation seems paradoxical. On the one hand, France is the sixth largest economy in the world (with a GDP of $ 2,750 billion in 2017), welcoming a growing number of third parties (more than 800 third places, i.e. places between home and work, in 2016). The country has rather modern infrastructures, with a dense and meshed network. On the other hand, distance work, for example, remains a poorly understood mode of work. There is little overall data on geographical mobility, identified over time, and the French remain on rather traditional mobilities (i.e., moving between work and home) where new mobile work finally remains at the margin.

France Stratégie also observed that the proportion of teleworkers varied from country to country: from 2 per cent in Southeastern Europe countries, up to 30 per cent in the Northern countries of the EU. This variation could be explained by cultural factors, the proportion of “tele-working professions”, and the fact that supporting policies to remote work pursued different goals. Teleworking is different in each member State: home teleworking, mobile teleworking, independent teleworking … Their only common feature is the European agreement dating back to 2002. According to Wrike, a digital company offering project management tools, only 29.2 per cent of French companies do not allow their employees to work remotely against 33.3 per cent of German companies and 48.7 per cent of British companies.

The context is very favourable to mobility, in particular since the majority of stakeholders seems to be gaining from it in the end: reduction of travel times, better work-life balance, performance, attractiveness, openness to the outside, optimisation of real estate costs …

There are also strong disparities between organisations, which face a distortion of work and profound upheavals, as the contours of each job become less and less clear. This is a cause of concern for management, employees and trade unions.

Work changes. One can work anywhere and anytime. The era when one began their day at 8:00 in the office and finished at 6:00 in the same place is over. That was “solid” work. According to the sociologist Zygmunt Bauman, we have entered a second modernity, illustrated by the concept of liquidity. In this liquid phase, “social forms can no longer – and are no longer supposed to – be sustained as they are, because they decompose in less time than they need to be forged and solidified” …). Existing forms (…) can no longer serve as a frame of reference for human actions and long-term strategies because of their low life expectancy ” (Bauman, 2007).  Alongside Bauman, other sociologists, such as John Urry, mention a fluidised society. According to him, it promotes a culture of mobility, and declines in social organisations and structures. Is mobility so beneficial? For whom?

What could change? Back to piecework?

Mobility is an important factor of work distortion. The deformation is emphasised by more and more fragmented work schedules, whose measurement no longer makes sense. How do you measure the work time of an employee who is not physically present in the company? It becomes necessary to rethink control systems and managerial practices, and to adopt another measure, perhaps that of the objectives, the sequencing and materialisation of tasks to be accomplished (with clear outlets ‘visible’ from far). Back to piecework? This will make it possible to put an end to presenteeism for the sake of presenteeism.

As can be seen with the example of time, the liquefaction of work (more mobile, more remote and digital) may have a paradoxical dimension, with some aspects of work practices becoming more tangible than ever.

If it is likely that tomorrow we will all be a little more mobile than we are today, many questions remain: how to get prepared? Are trends towards mobility inevitable? What roles can organisations play? What skills are needed in a more mobile world? Is France late or simply still involved in a different social model… which has some strength which should not be forgotten? Mobility is not everything. The question will always be how and where to.