This is the story of two cups of coffee, or at least that is where the story begins. The first, between me, Sandy Pepper, a Professor of Practice in the Department of Management at LSE, and Dr Susanne Burri of the Department of Philosophy, Logic & Scientific Discovery, took place in March 2016 in the Lundenwic coffee shop on the Aldwych. I was telling Susanne about my work on executive pay. She was telling me about her work in business ethics. During our conversation it occurred to us both (or at least to me!) that there might be an interesting opportunity to collaborate in some research examining the ethical issues relating to executive compensation – of which, of course, there are many.

The second conversation took place a few weeks later in Coopers Restaurant after dinner with Tom Gosling, Leader of PwC’s Reward Practice, who specialises in advising companies and remuneration committees on all aspects of executive compensation. My pitch? How about doing some research on senior executive thinking about distributive justice? Maybe philosophers could teach senior executives something about the ethical issues relating to high pay. The objective? To see if it is possible to improve the quality of public discourse about executive pay and distributive justice.

Somewhat to my surprise, given that this was a sensitive subject, Tom said “yes”; fair pay was a hot topic with his client base, and we agreed to do some joint research. So Susanne and I designed a survey instrument which examined six different philosophical theories about distributive justice. To encourage participants to think deeply about ethical questions we asked them to imagine themselves in a situation broadly equivalent to John Rawls’s “original position” before answering a series of questions about different principles of distributive justice. The questions covered ethical theories of desert (some people deserve to receive certain economic advantages in light of their contribution, effort, experience, and the demands of the job) equal opportunities (everyone ought to have the same non-discriminatory access to positions that come with economic benefits), sufficiency (all members of society should have an income that is sufficiently high to allow them to lead a dignified life), Rawls’s “difference” or “maximin” principle (high-powered incentives are permissible provided that the overall effect is to raise the standard of living of the worst off member of society), Robert Nozick’s entitlement theory (whatever income someone voluntarily pays to someone else is just), and Canadian philosopher Joseph Heath’s “market failures” ethical theory (a just distribution of income is one which leads to an efficient allocation of labour).

PwC arranged for our survey to be sent out electronically to around 100,000 business executives from around the world. After the normal problems, delays, reminders etc., we ended up with a usable sample of 1123 participants, a poor response rate I know, but not atypical given that data on the preferences and attitudes of managerial elites is known to be particularly hard to gather, especially when it comes to a sensitive matter like pay. After both quantitative analysis of the data and qualitative analysis of narrative comments, made in over 20 languages, we reached four main conclusions.

While some ethical principles are doubtlessly compatible, it would appear to be self-evident to a philosopher that a special concern for the worst-off is at odds with principles that advocate non-interference with market outcomes. We argue that this puzzle is resolved if views of justice are regarded as (affective) values, substantially determined by feelings and emotions, rather than (cognitive) principles, acquired through reason and understanding. We also wondered if business executives views about distributive justice are in part context-dependent; an executive who subscribes to five or six principles may endorse a particular value whenever they are able to imagine a scenario in which the principle strikes them as morally relevant.

Our second finding was that executives endorse similar principles at society and at company level. This suggests that executives believe that companies cannot simply leave matters of distributive justice to governments. Some neoliberal political scientists and economists argue that there should be an ethical division of labour between market participants and governments, where market participants are responsible for ensuring efficient economic outcomes, and governments are charged with redistributing income to turn efficient outcomes into fair ones. Our data suggests that the vast majority of executives are not convinced by this line of argument, and accept that companies have a role to play in ensuring distributive justice.

Our third finding was that distributive justice views among executives are fairly homogenous across industries, genders, and geographical locations. While we observed some differences between executives of different sexes, ages, income levels, nationalities, and industries of employment, these differences were not statistically significant. While this may be because our survey was not sensitive enough to identify such differences, we conjectured that it is because business executives globally form a reasonably homogenous group with broadly similar views on distributive justice.

Our fourth finding was that business executives tend to live in societies and work for organisations that they often perceive to be unjust in some way. Most strikingly, 84 per cent of executives thought that equal opportunity is an important principle of distributive justice at the society level of analysis, but only 37 per cent believe that the society that they live in is characterised by equal opportunity. At company level, 89 per cent of executives endorsed a desert-based principle of distributive justice, but only 46 per cent thought that such a principle characterised existing remuneration policies within their organisations.

PwC published these findings in a research report. Meanwhile, Susanne and I are working on the academic output!

Alexander Pepper is professor of management practice at LSE’s Department of Management. He previously had a long career at PricewaterhouseCoopers (PwC), where he held various senior management roles, including global leader of the Human Resource Services consulting practice. Research and teaching interests include organisations and management theory, with a particular focus on people, jobs and pay, especially the impact of incentives and rewards on the motivation and behaviour of senior executives. He is also interested in behavioural and new institutional economics, business ethics, and the relationship between management theory and practice. His current research projects fall under three heads:  “Rethinking Agency Theory”; “Ethics, Inequality and Executive Pay”, and; “Why are Bankers Paid so Much?” 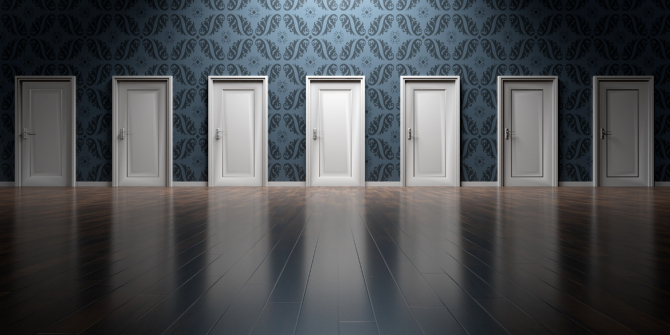 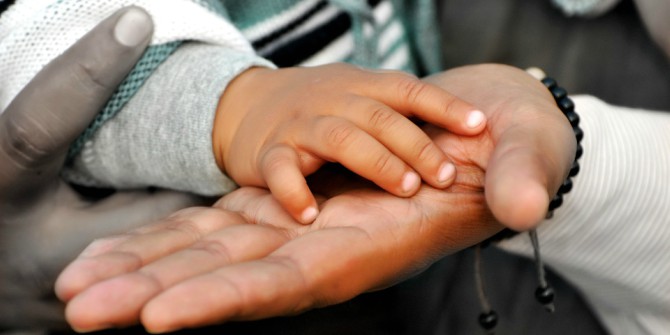 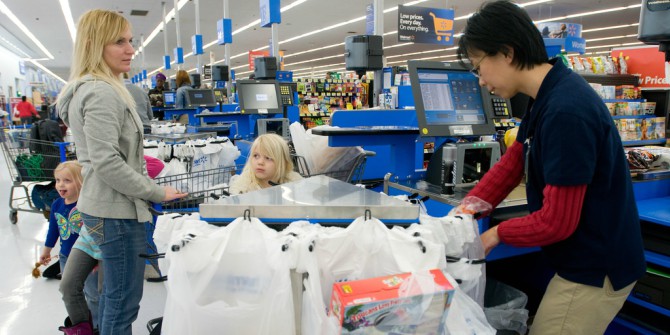