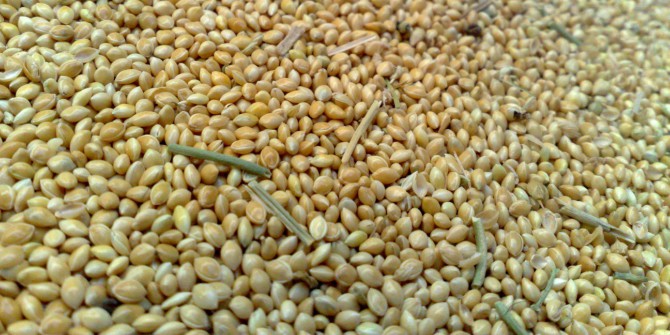 We have tracked developments in energy, metals, and food markets since the early 2000s, when a “commodities super cycle” began. The super cycle was first marked by a decade-long increase in commodity prices, as rapid urbanisation and a strong surge in infra­structure spending, especially in China, boosted demand for nearly all commodities. Then prices began to decline, in part due to short-term factors such as the global financial crisis. But longer-term issues were important to both the rise and fall in prices.

In a recent book, we focus on those long-term issues, examining the relative importance of technology, geography, demography, and policy in each commodity mar­ket, and discussing how their interplay sends price signals to producers and consumers, who in turn adjust their behaviour.

Macroeconomists often assume that technological innovations are largely driven by outside forces unrelated to markets. But we document how energy innovations are not exogenous and are directly affected by prices and vice versa.

Deepwater extraction of oil and high-efficiency vehicles were innovations that emerged during periods of high oil prices. The development of hydraulic fracturing (commonly called fracking) to recover natural gas from shale rock formations was triggered by high prices during the 2000s, but led in turn to significant price declines that fostered an increase in the use of natural gas in manufacturing and power generation. A more general decline in fossil fuel prices led to an increase in European power plants fueled by cheap coal from the United States. The collapse in in oil prices that started in 2014 also resulted in higher sales of gas-guzzling vehicles in the United States.

At the heart of international trade in commodities are differences in resource endowments among countries. Natural resources are materials or substances that occur in nature and can be used for economic gain, and include reserves of fossil fuels, minerals, fisheries, and forests. Temperate weather, fertile land, and access to water—which are important to agriculture— may also be considered natural resources.

A country’s geology and natural resources are largely predetermined, but its ability to explore and exploit its endowments depends on institutional factors such as its business environment. Recent discoveries of major mineral deposits in Latin America and sub-Saharan Africa occurred following a lessening of the state role in the economies and growth of the private sector.

Moreover, the geography of trade in commodities changed supply and demand. For example, in recent years the supply of metals moved from the northern hemisphere (primarily advanced economies) to the southern hemi­sphere (largely emerging markets), as reserves in the north were depleted and new exploration opportunities appeared in the south. At the same time, the growth of large emerging markets, such as India and China, contributed to a rapid increase in global con­sumption that helped set off the recent commodities super cycle and shifted demand for commodities from the western hemisphere and Europe to Asia.

The size and age distribution of a country’s population are closely linked to its rate of economic development, which in turn, affects the size and structure of the population. In general, economic development reduces family size and increases the share of older people in the total population. This demo­graphic transition also causes changes in where people live because of migration from rural to urban areas. These demographic and economic transitions have important implications for agriculture and the demand for food products, but they also influence metals and energy markets because demand for housing and transportation services grows.

Government policies and regulations may counter or enhance market forces. For example, the sharp rise in shale oil production in the United States was triggered by a 2005 law (the Energy Policy Act) exempting the hydraulic fracturing industry, which makes heavy use of chemicals, from safe drinking water standards. The exemption—combined with a period of high oil prices driven by a rapid increase in demand from large emerging market econ­omies—helped spur innovation in hydraulic fracturing techniques.

Export and import tariffs, subsidies, quotas and other trade-policy instruments have significant effects on global food markets and serious distributional consequences by making food too expensive for some people. Food has been a longstanding sticking point in trade negotiations, even though it represents a relatively small share of global trade. Tariff and non-tariff barriers to trade in agricultural commodities are often motivated by concerns for preserving domestic production capabilities for key foodstuffs and protecting domestic farmers. All countries continue to have a strong anti-trade bias in agricultural policies, which seriously complicates multilateral trade negotiations.

The long-term factors described here have driven the roller coaster of commodity markets in first two decades of the 21st century. However, it is unclear whether as some of these powerful factors “normalise,”  price volatility will continue.

Rabah Arezki is the Chief Economist for Middle East and North Africa Region (MNA) at the World Bank. He has published in a number of academic journals and is co-editor and co-author of four books, including Coping with the Climate Crisis: Mitigation Policies and Global Coordination (forthcoming).

Akito Matsumoto is a senior economist in the Commodities Unit in the IMF’s Research Department, where he monitors commodities market developments and studies their linkage to the world economy. He was an economist at Nomura Research Institute and the Nomura Securities Co., before entering the PhD program at the University of Wisconsin. Mr. Matsumoto has worked also at the Bank of England and the Board of Governors during his graduate studies.