For free trade, but against TTIP: public opinion and the backlash against globalisation

For free trade, but against TTIP: public opinion and the backlash against globalisation 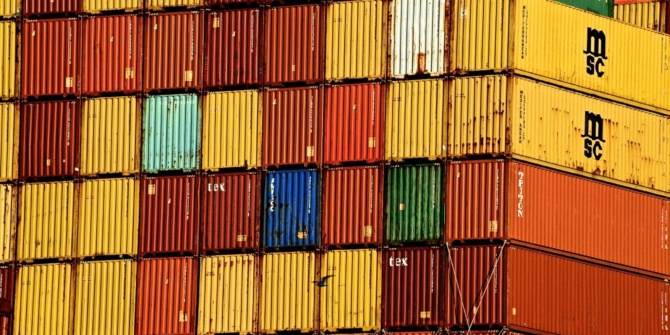 Trade policy has reemerged in the headlines. Politicians and activists from the right and the left of the political spectrum challenge the idea that free trade benefits everyone. Negotiations about new trade agreements fail and existing agreements are suspended. It even seems like trade policy might develop into a wedge issue in national politics and international relations. This raises the importance of understanding how the public thinks about trade.

We examined this question in a recent study financed by the Konrad-Adenauer-Stiftung and the Arbeitgeberverband Gesamtmetall. Both the study and the underlying survey data are publicly available. The survey was conducted in Spring 2016 and asked a sample of 8388 German citizens about their opinions on the principle of free trade and a specific trade agreement, the Transatlantic Trade and Investment Partnership (TTIP). To identify the drivers of these attitudes we asked an extensive set of additional questions. TTIP was at the center of public discourse at the time, which means that we took a snapshot of what was on citizens’ mind at the time when these questions were current and decisions imminent.

The first finding of our study raised more questions than it answered. We found that while a majority supported free trade, only one in five respondents supported TTIP. The largest group in the sample combined a positive attitude towards free trade with a negative attitude towards TTIP. So what explains this difference in attitudes? Did citizens think that free trade had, by and large, positive economic implications but this particular agreement was economically disadvantageous? Or were different reasons responsible for coming to such different conclusions about the desirability of free trade on the one hand and this specific trade agreement on the other?

Table 1. Cross-tabulation of attitudes towards free trade and TTIP

Our study shows that economic considerations were neither important in evaluating free trade nor TTIP. Respondents assessed the general principle of free trade in line with their predispositions toward an open society and international collaboration. While these were relevant to some extent for the assessment of TTIP as well, most important for this evaluation were their attitudes towards the partner country, USA, and topics at the centre of German public discourse on the agreement, such as the perceived influence of interest groups in societies and the need for regulation for consumer protection. These issues are not directly related to trade as such. Nonetheless, knowing a respondent’s position on these object-specific issues tells us more about her likely assessment of TTIP than her opinion on free trade in general. Conversely, attitudes towards free trade had little influence on supporting the specific instance of free trade manifested in TTIP.

Figure 1. Determinants of attitudes toward free trade and TTIP 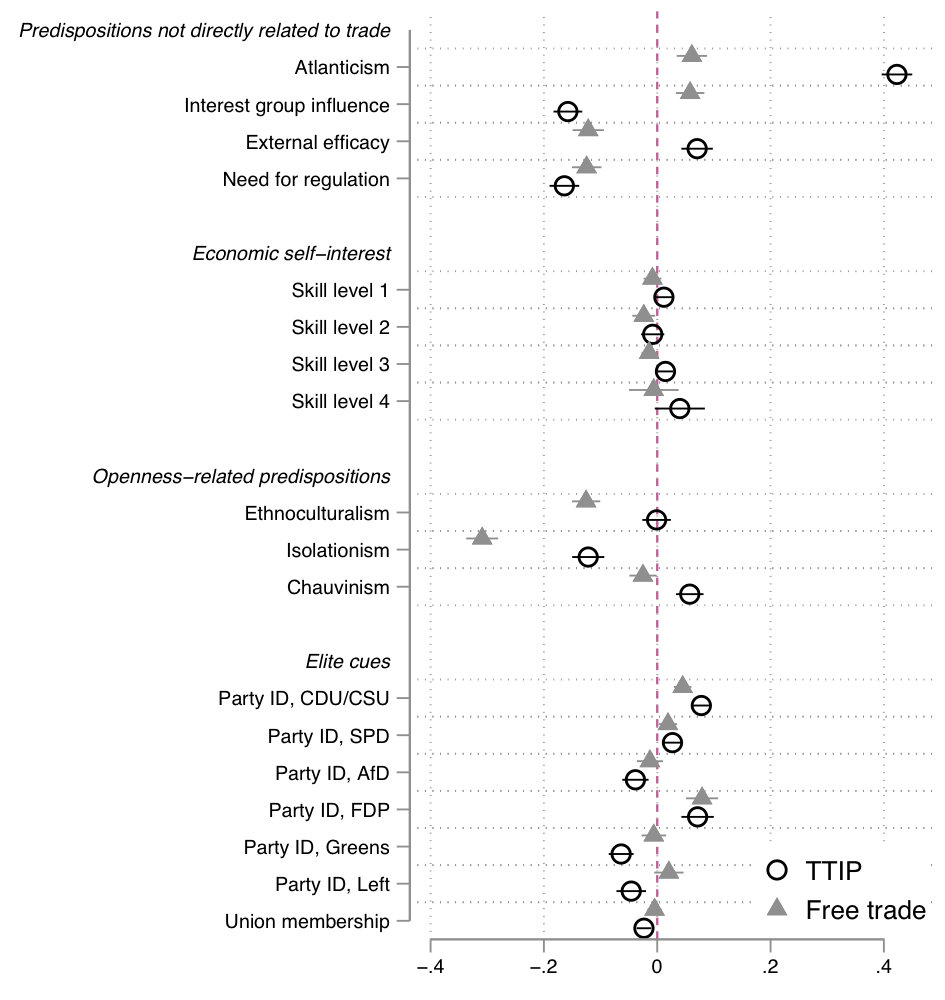 To understand public support or opposition to specific contemporary trade agreements it is thus not enough to understand what drives attitudes toward free trade. It is necessary to account for the topics salient in the particular public discourse about the agreement in question — this discourse may revolve around topics as diverse as, e.g., straightforward economic implications, special interests superseding democratically legitimised decisions, and concerns over consumer protection. To some extent the public will pick up this discourse and echo it. The reasons why citizens support or oppose any given trade agreement can thus only be understood in context.

Shaping public opinion on a specific trade agreement, thus, demands engagement with the arguments already present in public discourse or making an effort to redefine how citizens are thinking about the agreement. It is a mistake to assume that the public always interprets an agreement as an expression of trade in general, equating the former and the latter. Put differently, in the public mind there is no natural connection between the principle of trade and specific agreements. This connection has to be made explicit, by communicating actively about the agreement in question.

Our findings point to a central challenge in understanding the current backlash against economic globalisation. Citizens may support or oppose the principle of free trade and specific agreements for different reasons. If we fail to realise this we run the risk of misunderstanding public opinion. Measures taken by decision makers that are based on these misunderstandings might then lead to unintended outcomes. In a time of loose talk about trade wars, Brexit, and widespread public opposition toward trade agreements like TTIP and CETA—a time when international integration has come under attack from the right and the left side of the political spectrum—a precise understanding of this opposition is crucial.

Andreas Jungherr is an assistant professor at the Department of Politics and Public Administration at the University of Konstanz. His work focuses on political communication and the effects of digital technology on politics. He also examines the use of digital trace data in the social sciences. He is the author of Analyzing political communication with digital trace data: The role of twitter messages in social science research (Springer: 2015).

Matthias Mader is a research associate at the University of Mannheim. His research interests include political psychology, foreign policy, and party politics. He co-authored Old friends in troubled waters: Policy principles, elites, and U.S.-German relations at the citizen level after the cold war (Nomos: 2016).

Harald Schoen is a professor of political science at the University of Mannheim. His research focuses on political behaviour, political psychology, and public opinion. He has published widely on these topics in articles and books.

Alexander Wuttke works for the German Longitudinal Election Study (GLES). His research focuses on the link between political participation and psychological theories of motivation.