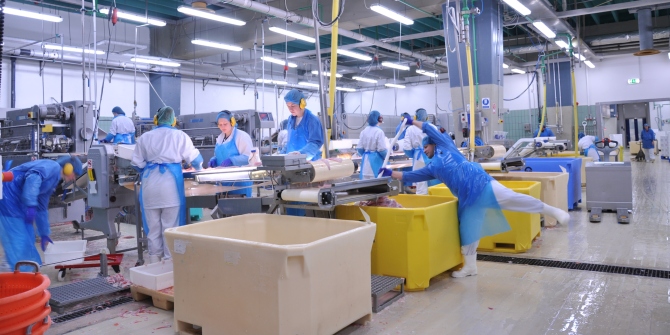 Why do small establishments pay employees less than large establishments? The final pieces of this puzzle have not been found yet. This paper suggests the joint role of the division of labour and employee characteristics as an additional explanation for the firm-size wage gap.

The intuition is that individuals who work for large firms focus on a limited number of tasks, become more efficient and productive, and earn higher wages (e.g., the productivity advantage translates into higher wages through rent sharing).

There is a large literature both documenting and attempting an explanation for the firm size-wage premium. Numerous studies (Lester, 1967; Brown and Medoff, 1989; Burdett and Mortensen, 1989; Green et al., 1996; Troske, 1999 and Barth et al., 2016) conclude that larger employers select highly skilled workers and therefore, pay higher wages. Other explanations revolve around employer characteristics like market power, capital intensity, and unionisation. There is also at least one organisational explanation: larger firms pay a premium or efficiency wages because they find it more difficult to monitor workers.

This study starts testing some of these explanations. It provides evidence that observed worker cross-sectional differences, such as education attainment and vocational qualifications, do not completely account for the wage gap due to firm size. Next, the study contributes with an additional explanation: large employers make better use of the division of labour by assigning their employees to the tasks they are best at. Conversely, small employers need to perform a comparable set of tasks with fewer workers, therefore their employees perform a greater variety of tasks, which sometimes go beyond their specific roles.

For example, if biscuits are manufactured by a large firm, some employees will be specialised in utilising the baking oven or different parts of the production line, while others will have expertise in quality control and good manufacturing practices. There could also be experts in the areas of marketing, product development and customer satisfaction. In contrast, if the same process is executed in a small firm an employee working at the baking oven will likely also be working on the production line and carrying out quality controls, while whoever is working in marketing might also be in charge of customer satisfaction, and so on.

To assess the firm size-wage premium empirically, I use linked employer-employee data covering all private sector workers for the period 1993-2010 from the German Social Security system. These data allow me to construct the entire occupation distribution within each firm surveyed. In addition, I merge the German data with the U.S. Occupational Information Network(O*NET) data and build a measure utilising the simple idea of assigning employees to occupations where they focus on distinct tasks. The evidence suggests that firms where workers perform dissimilar occupations or where they are focused on fewer tasks pay higher wages, and including this effect in wage regressions attenuates the firm size-wage premium.

Clearly, these findings could be consistent with different organisational choices (e.g. more or less extensive hierarchical controls) or they could reflect the fact that bigger firms carry out more tasks but the level of specialisation is the same. To rule out these alternatives and provide support for my specialisation hypothesis, I investigate independent evidence of two key mechanisms: very specific and clear task assignments (i.e. high levels of division of labor) and the sorting of workers into firms. These two mechanisms can obviously coexist.

I study the first mechanism of my hypothesis with the German Federal Institute for Vocational Education and Training data. These surveys collect information on vocational qualifications, the working conditions and the professional requirements for performing tasks. The data set is compelling for my analysis, because workers are asked about the number of the different tasks performed and their frequency. These two dimensions make it possible to measure whether an employee is carrying out either more or fewer tasks, and in parallel, if an employee undertakes the same tasks frequently. Consistent with my hypothesis, the results suggest a strong association between systematically spending more time on fewer tasks and working at large firms as well as earning a higher income.

For the second mechanism, I work with data from the OECD’s Programme for the International Assessment of Adult Competencies (PIAAC) and the US National Longitudinal Survey NLSY79 (a nationally representative sample of 12,686 young men and women who were 14-22 years old when they were first surveyed in 1979, were interviewed annually through 1994 and are currently interviewed on a biennial basis).

Finally, I test whether specialists or experts typically possess less transferable talents and are less able to move to a very different occupation if they change jobs. Again, I work with German Social Security data. I obtain evidence that individuals who move to similar occupations when they change job (specialists) tend to work in large firms and earn higher wages. After controlling for the number of times an individual changes job, the results suggest that higher wages are associated with fewer job changes and probably higher specialisation.

The paper discusses a number of ways in which specialists and generalists can be characterised. All of them helped to explain the sorting of individuals into firms of different sizes. I regard this sorting process as evidence that specialists prefer to work within large firms, probably under higher levels of division of labour. My findings provide empirical support for various implications of the division of labour/specialisation hypothesis, which relates to firm size. I find that the joint role of the job assignment by skills and the sorting of workers by skills plausibly explain part of the firm size-wage gap. 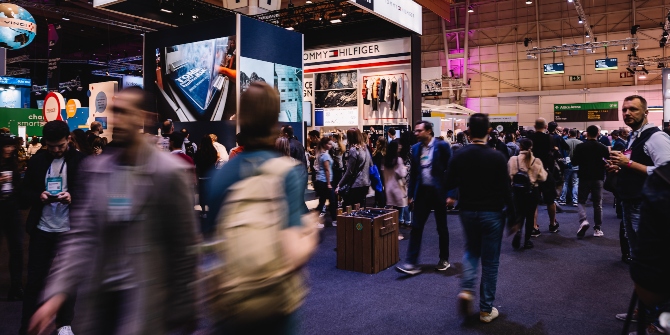