The post-Parkland wave is being felt from banks to big-box retailers, writes Tom Billitteri 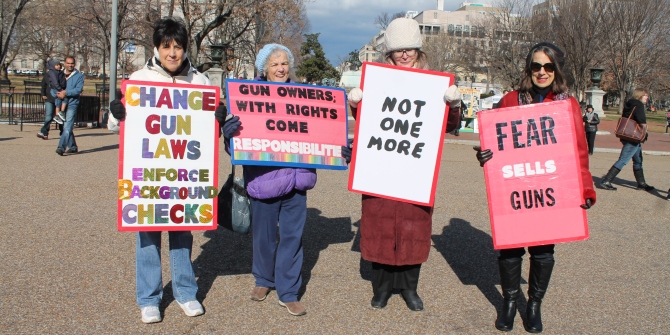 It was the first meeting of a publicly traded gun company following the Feb. 14 school shooting in Parkland, Fla., that left 17 dead and sparked a wave of anti-gun activism. And the shareholders of Sturm Ruger delivered a surprise.

A coalition of Catholic nuns backed by the giant asset management firm BlackRock pushed through a proposal – over management opposition – requiring Sturm to produce a detailed report on its plans to monitor violence associated with its products. The unexpected vote in favour of the measure delighted its activist sponsors and their allies. It did not delight Ruger CEO Christopher J. Killoy, who said his company wouldn’t “adopt misguided principles by groups that do not own guns and do not understand guns.” As for the stockholders’ vote, he said, Ruger would do the bare minimum and nothing more. “This proposal requires Ruger to prepare a report,” Killoy said. “That’s it, a report. It cannot force us to change our business, which is lawful and constitutionally protected.”

The Ruger ruckus in May was just one front in a diffuse, yet widespread movement of corporate activism against the firearms business, writes SAGE Business Researcher freelance correspondent Joe Lapointe in his report on the Gun Industry. In the wake of Parkland, Lapointe writes:

“These large corporations severing ties with the NRA is something that the gun lobby has never had to deal with before,” Dennis Henigan, former vice president of the pro-gun control Brady Campaign to Prevent Gun Violence, told Lapointe. “I don’t think these large companies would be doing this if they didn’t think their actions were consistent with public sentiment. We have seen an unprecedented surge in citizen activism.”

But Michael Bazinet, public affairs director for the National Shooting Sport Foundation, a gun industry trade group, questions how much impact the boycotts and corporate actions will have. It’s the small, independent stores, not the big-box outlets and large retail chains, that dominate the world of guns, Bazinet tells Business Researcher. He says the small independents account for 80 percent of U.S. civilian firearms sales and 89 percent of what some call assault rifles.

Bazinet says his group wants to meet with Bank of America officials and persuade them to reconsider their action. “We think that the decision … is basically premised on false information,” he says. “The firearm they no longer want to support in producing is not a military-style firearm.” Bazinet adds that semi-automatic rifles have been around for more than a century and the current, popular configuration of it has been widely available since the 1960s.

Overall, the industry is in decent financial shape. Revenue from gun and ammunition sales is forecast to grow 10.8 percent in 2018 to reach $16.8 billion, due in large part to strong military demand, according to the business research firm IBISWorld. But the firm also predicts industry profit margins will drop to 7.5 percent in 2018, down from 13.7 percent in 2013. And gun sales, which spiked in 2016 out of fear that a Hillary Clinton presidency would lead to greater restrictions, fell last year after pro-gun Donald Trump took office, Lapointe writes.

As for the corporate activism, the gun industry may simply have to get used to it, says John Streur, CEO of Calvert Research and Management, a leading advocate of socially responsible investment that manages about $14 billion in assets. Streur urges investors not to sell their stakes in gun manufacturers and retailers, but rather to use them as leverage to promote change from within. He says the actions by companies such as Dick’s and Walmart are steps in the right direction. “Financial pressure is the most effective form of activism,” he told Business Researcher. “That’s how our entire society is organised. We do run on an economic system.”