The Bank may have decided to store up interest rate ‘ammunition’ now so that it can be used to deliver a sharp rate cut in the future, if needed, writes Costas Milas 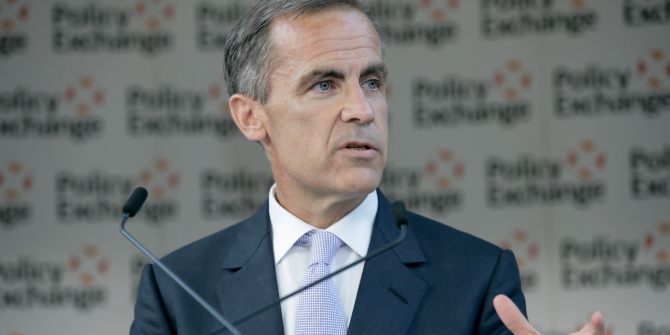 Bank of England’s policymakers have unanimously voted to raise the policy rate from 0.5 per cent to 0.75 per cent. The hike, which was widely anticipated by the financial markets, made critics of Bank of England Governor Mark Carney rethink their accusations that the Governor behaves like an “unreliable boyfriend” in the sense that he keeps hinting an interest rate rise but never delivers one.

By speaking to the BBC the following day (on Friday the 3rd of August), Mark Carney suggested that, in line with market expectations of interest rates and the current state of the UK economy, the policy rate might rise to 1.5 per cent over the next three years. This will probably make mortgage holders shiver quite a bit given that the last time the UK economy witnessed such an interest rate level was nine and a half years ago. At the same time, however, Mark Carney warned that a no-deal Brexit risk is “uncomfortably high”, which will certainly undermine the Bank’s planning for interest rate hikes in the short to medium term.

So is the latest interest rate hike justified on economic ground, and what should we expect about the direction of future interest rates?

On the face of it, last Thursday’s decision by the Bank’s Monetary Policy Committee (MPC) appears, at least on paper, fully justified. Given the current interest rate of 0.75 per cent and market interest rate expectations that signal a policy rate as high as 1.1 per cent by 2021 (see Table 5.B In the latest Inflation Report; incidentally, why did Carney talk about 1.5 per cent?) the latest Inflation Report predicts modal (the most likely) CPI inflation to return to the 2 per cent target (the forecast is 2.1 per cent) within a two-year horizon and modal GDP growth to hover around 1.7 per cent for the next two years or so. Although low by historical standards, annual GDP growth of 1.7 per cent is above our “new” post-crisis trend growth which the MPC judges to be around 1.5 per cent.

The problem, of course, is that the numbers above are just forecasts. In fact, by looking at the Bank’s one-year ahead GDP growth forecast, the Bank has been too optimistic: it has over-predicted actual GDP annual growth by 1 per cent on average since 2006.

Which begs the question: why does the Bank risk hurting our growth prospects by unanimously hiking now?

The skeptical reader will be tempted to conclude that, in reality, the August decision allows the Bank to revive the economy if things turn quite ugly in the next few months. Indeed, the August decision allows policy-makers to provide big interest rate cuts that will most likely prove a lifesaver if May’s government runs (again) into a Brexit-related political crisis or if “hard” Brexit emerges as the most likely outcome in negotiations with our EU partners.

In other words, the latest “group thinking” by all nine MPC members to hike might suggest that they are so worried about the future that they unanimously decided to store up ‘interest rate ammunition’ today which can then be used, if needed, to deliver a sharp rate cut. Mark Carney’s warning that a no-deal Brexit risk is “uncomfortably high” points to the very “interest rate ammunition” scenario.

Costas Milas is professor of finance at the University of Liverpool.