Is happiness a consequence or cause of career success?

Is happiness a consequence or cause of career success? 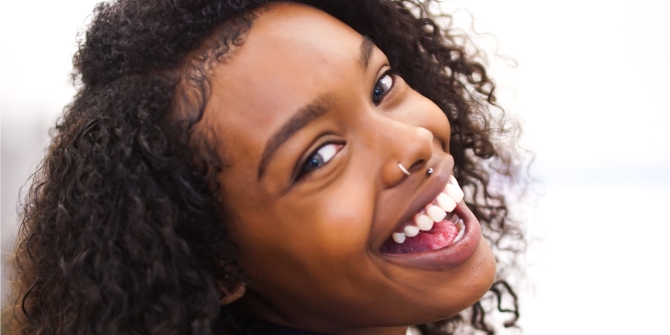 Across the lifespan, society often pushes a subtle message with a basic formula: Work hard, become successful, then you’ll be happy. We hear it from our parents, teachers, employers, and even television ads. After a while, this way of thinking can become automatic. “When I graduate from college … When I land my dream job … When I make six figures,” we think to ourselves, “then I will be happy.” Although this formula is intuitive, unfortunately, it is likely broken and backwards.

Ten years ago, we proposed an alternative hypothesis based on evidence from numerous scientific studies: Happiness may not only be a consequence of success, but also a cause. Essentially, we argued that the presence of frequent positive emotions (such as joy, happiness, and contentment) may precede and even promote career success. This past year, we returned to the literature to determine whether more recent findings continued to support our hypothesis. What did we discover? It turns out that the wealth of evidence indicates that happiness is indeed a critical precursor to success. See below for a brief summary of some of the strongest evidence to date from each of three types of investigations we tracked down: cross-sectional, longitudinal, and experimental.

Cross-sectional studies examine people at a specific point in time. For example, we might ask a group of sales reps how happy they are and also ask them (or their companies) about how many sales targets they have recently met. An important consideration is that although cross-sectional studies can establish whether there is a link between happiness and career (e.g., sales) success, they cannot determine whether it’s happiness that causes success or the other way around.

Are happy people more likely to perform well and succeed in the workplace? It appears so. Relative to their less happy peers, people who experience frequent positive emotions are more satisfied with their jobs, receive more favourable evaluations from supervisors, and perform better on work-related tasks. One key study found that sales agents with a more positive outlook sold 37 per cent more life insurance policies than their less positive co-workers.

Happy people are also more likely to go above and beyond for their organisations and receive greater social support from their colleagues than unhappy people. Happy workers are also less likely to burn out, be absent from work, or quit their jobs. In addition, happy people tend to earn slightly higher incomes than less happy people. In sum, the cross-sectional literature suggests that happy people enjoy better workplace success than their less happy peers.

Longitudinal research goes further by allowing us to answer the question: “Which came first—happiness or success?” In longitudinal studies, researchers follow people for multiple time points over the course of weeks, months, or years. If the evidence suggests that people were happy before they become successful, that provides further support for our hypothesis. In reviewing the longitudinal literature, we found that this indeed seems to be the case.

In cross-sectional and longitudinal studies, it is possible that a third, unmeasured variable could be driving increases in both happiness and success. For example, perhaps happy people are more extraverted or more intelligent and it’s their extraversion or intelligence that’s key to their success, not happiness. Well-designed experiments help control for such third variables and better establish that happiness causes success. Thus, we searched for experiments that randomly assigned people to experience negative, neutral, or positive emotional states, then measured their subsequent performance on career-related outcomes (such as creativity).

Relative to those experiencing neutral or negative emotional states, people prompted to experience positive emotions set higher goals for themselves, persevere at challenging tasks longer, view themselves and others more favourably, and are more optimistic they will succeed. People induced to feel happy also demonstrate greater creativity and productivity than those induced to feel less happy. In a series of studies, participants put into a good mood were also more likely than those in a neutral mood to make concessions and find mutually beneficial solutions when negotiating with others.

Notably, there is some mixed evidence when it comes to complex mental tasks. Some research concludes that happiness can hinder logical reasoning, while other research suggests happiness may help individuals disregard irrelevant information and make decisions more efficiently. However, on the whole, the experiments we reviewed suggest that happiness facilitates success in a variety of career-related tasks and behaviours.

Similar to cross-sectional and longitudinal studies, experimental studies come with their own set of limitations. Many experiments take place in artificial laboratory environments over short periods of time. This is why it’s so important to consider the combined cross-sectional, longitudinal, and experimental evidence. Taken together, the hundreds of studies we reviewed across the three types of investigations provide strong support for our hypothesis that happiness precedes and often leads to career success.

This conclusion holds important implications for individuals and organisations. First, we should note that happiness is obviously not the only quality that determines success. Persistence and diligence are other likely successful attributes, among many others. Also, our review does not intend to imply that unhappy people cannot be successful. History suggests otherwise. For example, Abraham Lincoln and Winston Churchill were reportedly depressed but led noteworthy careers.

After reading our review, some business leaders may be tempted to begin hiring visibly cheerful people and pressuring employees to act happy. We do not recommend it. Hiring only happy people could be considered discriminatory, and employees of Trader Joe’s and T-Mobile have already filed complaints with the U.S. National Labor Relations Board after both companies mandated overtly positive work environments. Furthermore, requiring happiness at work can backfire, ironically making employees unhappier.

Organisations are likely better off creating environments that authentically increase workers’ happiness. One way to do this might involve giving employees the option to engage in positive activities designed to enhance well-being, such as performing acts of kindness for co-workers or expressing gratitude to customers. Implementing positive activities in the workplace involves relatively few costs (if any), and could potentially boost revenue and improve company culture. The How of Happiness is a good resource for learning more about how to do that.

Finally, we want to emphasise that both positive and negative emotions are adaptive in different situations, and it is healthy to experience a balance of both. However, our review suggests that positive emotions are particularly well-positioned to provide an advantage in the workplace and should not be overlooked.

Lisa C. Walsh is a Ph.D. student in social/personality psychology at the University of California, Riverside. She received her B.S. from the University of Southern California and formerly worked at Universal Music Group, the world’s largest music company, for seven years. Her doctoral research focuses on positive activity interventions (such as expressing gratitude and performing acts of kindness) and their impact on human happiness. Some of her recent studies explore how technology impacts well-being, the biological effects of performing kind acts, engaging in flow activities while awaiting uncertain news, and more. Her research (with Sonja Lyubomirsky) on sharing gratitude within dynamic social networks was recently awarded a grant from the John Templeton Foundation.

Julia K. Boehm is assistant professor of psychology at Chapman University. She received her Ph.D. in psychology from the University of California, Riverside, and was a postdoctoral fellow at Harvard School of Public Health. Dr. Boehm’s research centres broadly on well-being and investigates how people can thrive both mentally and physically. Her recent work examines whether positive psychological characteristics such as optimism and life satisfaction are associated with improved cardiovascular health and related behavioural and biological processes. Her work has been funded by the National Institute on Aging and the American Heart Association, as well as featured in many news outlets including Reuters, The Atlantic, The New York Times, and BBC News.

Sonja Lyubomirsky is professor of psychology at the University of California, Riverside. Originally from Russia, she received her A.B., summa cum laude, from Harvard University and her Ph.D. in social/personality psychology from Stanford University. Lyubomirsky is the author of The How of Happiness and The Myths of Happiness, published in 28 countries. Her research focuses on the benefits of happiness, why some people are happier than others, and how happiness can be durably increased. Her work has received many honours, including the Distinguished Research Lecturer Award, a Templeton Positive Psychology Prize, a Science of Generosity grant, and a Character Lab grant. She lives in Santa Monica, California, with her family.