Should companies reward CEOs for being lucky?

Should companies reward CEOs for being lucky? 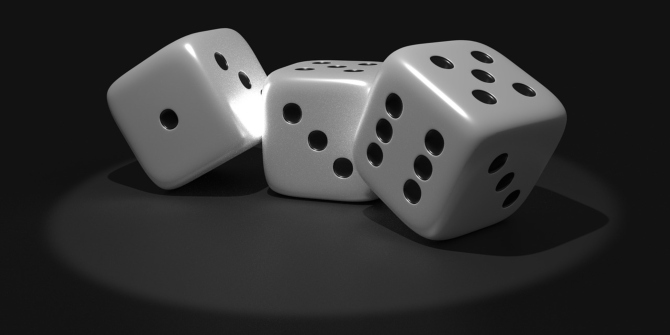 A puzzling feature of chief executive officer (CEO) compensation is “pay for luck”. Why are CEOs often rewarded when their firms perform well for reasons that are beyond their control? The dominant advice from academia is to do just the opposite: pay CEOs based on corporate outcomes they can substantially influence, which gives them incentives to make the good decisions that shareholders expect.

Our research helps resolve the puzzle of “pay for luck” by showing that firms may want to reward CEOs for being lucky, if luck makes it easier for the firm to keep its promises to the CEO concerning pay. Our rationale is based on two key features: many firms have discretion over whether to pay bonuses to the CEO, and firms care about sustaining the long-term employment relationship with the CEO. Our results from analysing the compensation plans of a broad sample of American CEOs support this rationale.

In addition to puzzling academic researchers, CEO pay for luck tends to anger shareholders and the public. In April 2018, Persimmon CEO Jeff Fairburn received a bonus of £75 million, reported as possibly the largest bonus ever for a UK-listed company, based on high corporate profits. The bonus was narrowly approved after a shareholder revolt, with critics arguing that rising profits were largely due to something beyond the CEO’s control: the UK government’s “help to buy” policy, which had lifted housing prices and sales across the country. One month later, after intense debate, shareholders approved a £7.8m bonus for Shell CEO Ben Van Beurden. Firm earnings had tripled from 2016 to 2017, due largely to changes in the external business environment, namely rising prices for crude oil and natural gas.

Sometimes CEO pay for luck arises due to a poorly designed compensation package, or a cozy relationship between the firm compensation committee and the CEO, which can destroy firm value. Our research shows that, at times, paying the CEO for luck can actually increase firm performance.

Specifically, we develop a theoretical model showing that pay for luck may increase firm profits, but only if luck is persistent (i.e., positively correlated over time). That is, only if factors beyond the CEO’s control that increase current profits are also likely to increase future profits. For example, a government policy that stimulated home sales in recent years may well do the same for years to come, and oil prices that increased in the recent past may well remain high in the near future. Such persistence implies that a firm that earns high profits due to “good luck” today can expect high profits due to more good luck tomorrow.

Why might firms that experience good luck today, and as a result expect high profits in the future, pay their CEO a higher bonus? The reason is that the relationship between a firm and CEO is based in part on informal promises and agreements, rather than just on formal signed contracts. A firm that promises to pay the CEO a large bonus for good performance may later have the discretion to refuse to pay the full bonus that was promised. The downside of breaking this promise is that the CEO might leave the firm, which reduces future profits.

A firm that expects high future profits, even if largely due to luck, will have a greater interest in retaining the CEO, so will be more likely to honor its informal commitments. Such a firm can promise to pay a relatively high bonus in situations where the CEO has performed well and the firm has experienced good luck. This promise will induce the CEO to perform better, because she realizes the firm will actually want to keep its promises, and pay the bonus when luck is good.

Our empirical work also provides support for our theoretical results on pay for luck. We start by combining information from two databases, Compustat and ExecuComp, which describe firm characteristics, firm performance, and CEO compensation, for a large sample of American publicly traded companies. To construct a measure of luck, we apply a statistical tool to each firm’s sales over time, to obtain a measure that can be interpreted as the business cycle for that particular firm. Just as most firms tend to do better in an economic boom than in a bust, for reasons beyond the CEO’s control, our measure describes when each firm experiences good and bad luck.

Using this empirical measure, we show that firms in our sample do indeed pay for luck. That is, CEOs tend to receive higher pay when the value of our measure corresponds to good luck rather than bad. We also show that this effect is stronger when luck is persistent. CEO pay tends to depend more on our measure of luck for firms where that measure is more persistent, so where a value corresponding to good luck today is often associated with a similar value in the future.