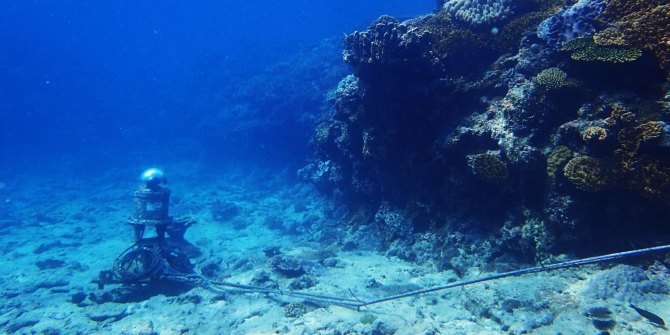 In principle, there is broad consensus that knowledge should be the basis of environmental sustainability policies. Knowledge about the environment is often generated by corporations, in addition to governments, as part of their industrial activities (Mukerji 1989).

The Arctic is an important crossroads of industrial development and environmental preservation (Figure 1), as calculations suggest that it contains one-fourth of the world’s undiscovered petroleum resources (USGS 2008). Oil companies have therefore been involved in initiatives to map the Arctic marine environment. Recently, fibre-optic cables and digital technologies make real-time remote access and monitoring possible, allowing operators to move further into this largely physically inaccessible part of the world. 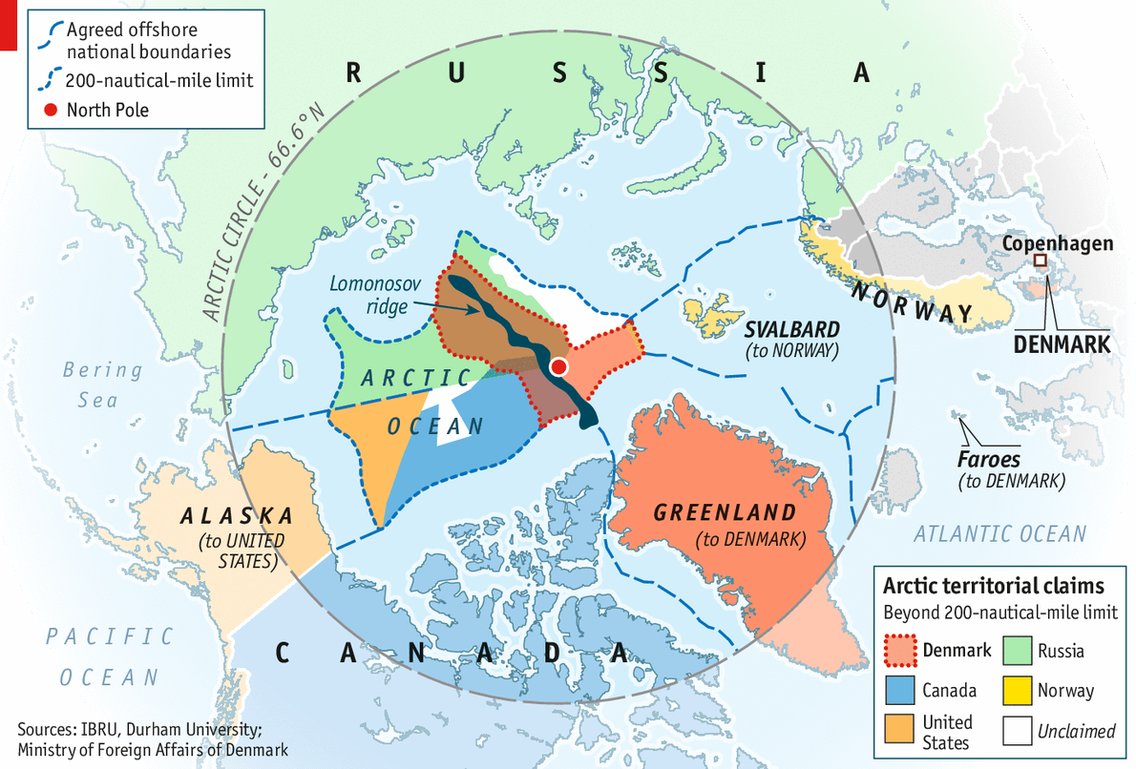 Arctic oil operations thus represent an interesting process of knowing the Arctic subsea in practice. The resulting knowledge is inextricably entangled with the industrial and political interests that drive its production. Digital technologies (or materiality, more in general) are not simply prostheses to access the Arctic. On the contrary, they shape entirely our knowledge of the environment. These processes are crucial to unpack, because the approximations of the environment that they generate become the backdrop for environmental and industrial policies.

Our study thus aimed to unpack the relations among knowing, materiality, and politics that go into these processes. We studied the initiatives of a Scandinavian oil company (NorthOil, a pseudonym) to design subsea sensor networks for real-time environmental monitoring in the waters off the coasts of Arctic Norway based on the internet of things (IoT) paradigm. Interestingly, industrial operations are forbidden in a portion of these waters, due to their environmental richness, including many fish species and dense cold-water coral reefs.

Open sharing of the resulting data also emerged as a fundamental knowledge production strategy. Acknowledging the lack of internal expertise in online environmental monitoring, NorthOil also published the IoT-based datasets in an openly accessible web portal, where anyone could follow online updates from the subsea, download the data, and propose new applications to assess environmental risk in real time (Figure 2).

Figure 2. A mock-up of the open data web portal developed by NorthOil 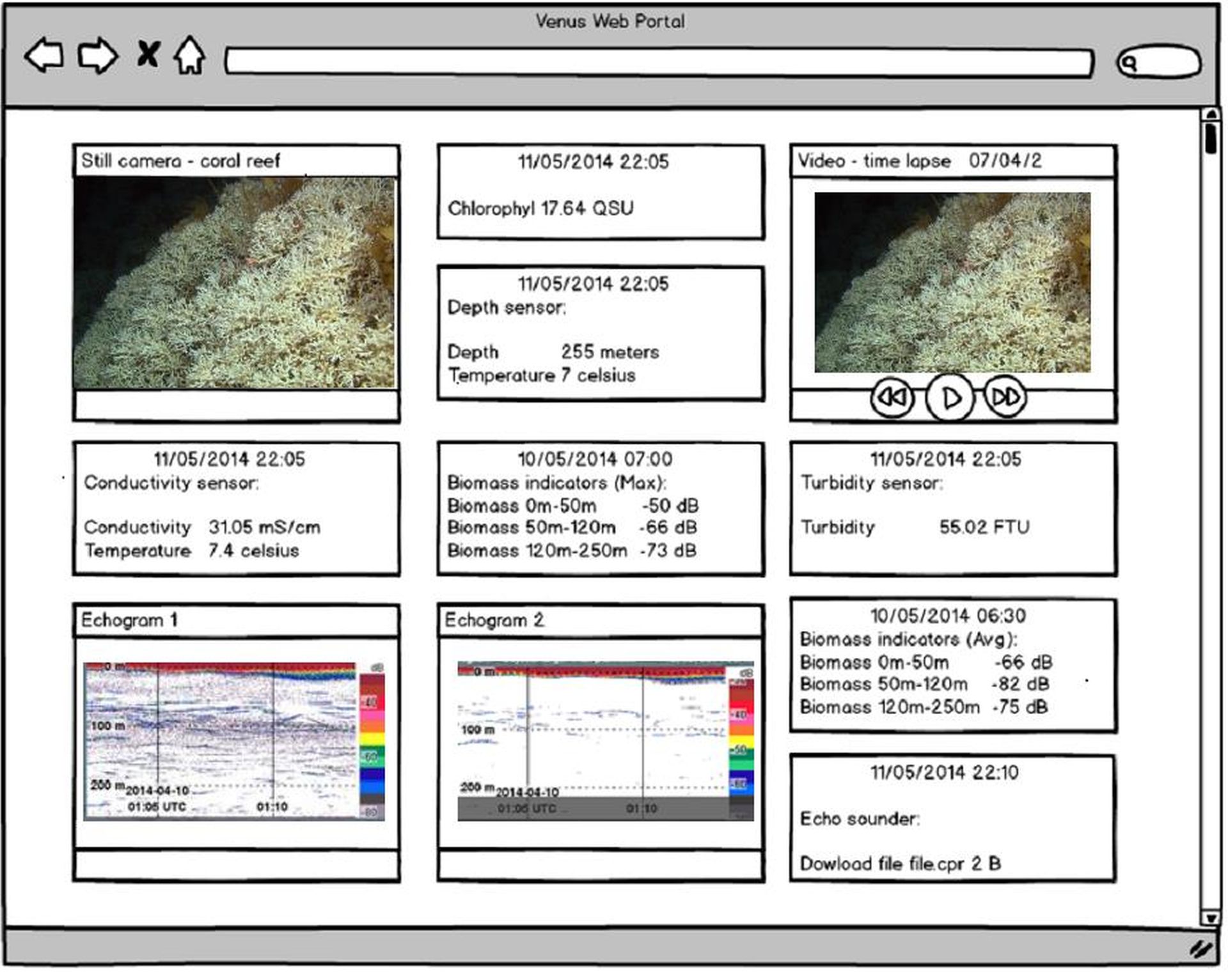 Post-humanist scholars have vividly illustrated that what we know is how we know it (Barad 2003). NorthOil’s IoT-based methods transform the sampling-based techniques to monitor coral reefs or schools of fish into on-screen artefacts. The IoT liquefies the objects of knowing, transforming them into digital visualisations, which are entirely constituted by the algorithmic manipulations that create and maintain them. The subsea environment thus becomes an algorithmic phenomenon (Orlikowski and Scott 2015), or a self-referential representation that stands in for the physical referent (an object, property, or process). Algorithmic phenomena supplement and gradually replace fish and corals for decision-making about future operations by companies and governments.

When the materiality of technology is constitutive of knowing, such as in Arctic marine environmental monitoring, thus, we need to dismantle unhelpful dichotomies between the real and the virtual/digital. Knorr-Cetina (2009) already talked of the synthetic situation to describe the transformation of financial trading from physical settings, where on-screen projects might often entirely constitute the working situation of the traders. Motivated by our empirical study, we introduced the notion of synthetic knowing to describe practices of knowledge production in which virtual/digital representations dominate rather than merely supplement.

Synthetic knowing allows us to unpack how IoT-based rendering makes digital representations compellingly ‘real’ for all practical purposes. Real-time sensing is increasingly capable of approximating the richness and variety in human perception of nature, including hearing, tasting, smelling, and tactile sensations. For example, the real-time monitoring approach developed by NorthOil could reconstruct many qualities of fish species like cod during the spawning season (when the fish would be most vulnerable), online on the engineers’ computer. A spawning cod emits sounds that, to a human ear, resemble the grunting of a pig. These grunts can be recorded by hydrophones and analysed to determine whether a spawning activity is ongoing. Data are then combined with information on the temperature and salinity of the water and presence of zooplankton, to determine fish distribution and migration patterns. The ‘voice’, movements, and sexual activities of the cod, together with the water quality are quantified, re-presented, becoming a relevant phenomenon in oil operations.

Synthetic knowing also reminds us that knowing within digital materiality is necessarily scoped. NorthOil’s sensor networks, due to the novelty of the project, were based on off-the-shelf devices, particularly acoustic sensors, that had a limited ‘hearing’ range and frequency. Species of fish that were commercially relevant, such as mackerel, became largely invisible as they do not have a swim bladder, or the air-filled bladder that allows some fish to float and swim and is detected by the sensors.

Digital representations might become as real as the physical for practical purposes, but what weight digital rendering of reality carries in practice is a question that deserves further research because of its political consequences. In our study, open data played an important role in this sense. Traditionally, marine environmental monitoring, particularly by industrial actors, produces results which are largely black-boxed. But NorthOil’s adoption of open environmental data made all this visible, accessible, and questionable. Open data gave rhetorical legitimacy to NorthOil’s initiatives and policy decisions. Despite the idea of openness and participation it implies, open data manipulation allowed by synthetic knowing becomes a political tool. Controlling the process and methods for synthetic knowing can be a vehicle to concentrate the process of knowledge creation in the hands of a few powerful stakeholders.

To conclude, with IoT, the range of objects of knowing (the algorithmic phenomena) expand with the expanding scope of what sensors are able to capture as built into visions of Industry 4.0 and Second Machine Age. Synthetic knowing should be seen as outlining a tendency many contexts of knowing are moving towards. With processes of digitalisation transforming industries and businesses significantly, for many this is not a distant tendency.

Elena Parmiggiani is a postdoctoral researcher in the department of computer science at the Norwegian University of Science and Technology (NTNU). She holds a PhD in computer science from NTNU. Her PhD thesis was titled: “Integration by Infrastructuring: The Case of Subsea Environmental Monitoring in Oil and Gas Offshore Operations”. In 2014, she was a visiting researcher at the University of Edinburgh and the IT University in Copenhagen.  Her primary research interest is the study of the empirical challenges of implementing and maintaining ICT-based platforms and information infrastructures from a sociotechnical perspective. She is also particularly interested in the methodological stakes when studying distributed and long-term arrangements like infrastructures and platforms. She is in the management team of the project InfraData (“Infrastructuring Internet of Things for Public Governance”), in cooperation with the University of Oslo, funded by the IKTPLUSS program of the Norwegian Research Concil (2017-2018).