Dreamers: How Young Indians are Changing the World – Book Review

Dreamers: How Young Indians are Changing the World – Book Review 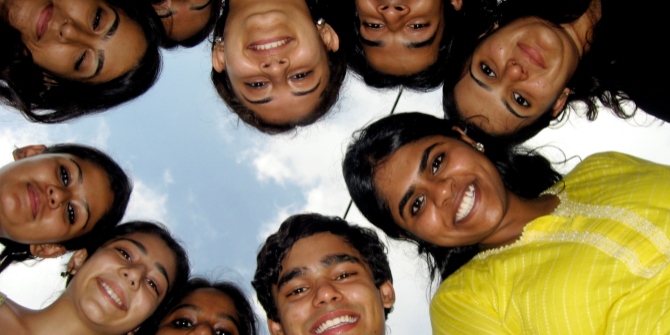 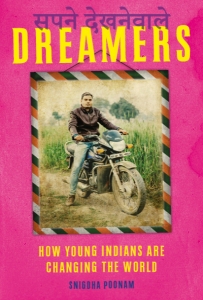 Half of India’s population is under the age of 30. That is 600 million people, making it the biggest generation in human history. Add to that India’s growing economic and geopolitical prominence, plus the fact that it contains one-tenth of the global poor, and it is no exaggeration to say that this group will be of immense significance to the fate of the world. That means that journalist Snigdha Poonam’s project in Dreamers – to understand the values, motivations and worldviews of young people in India – is immensely important.

Each chapter in Dreamers profiles a different segment of India’s youth: behind the scenes at a Buzzfeed-style website producing viral content for American readers, getting to know small-town English language coaches-cum-motivational speakers, following student politicians and investigating the world of telemarketing scammers. Poonam’s portraits are vividly drawn, sympathetic and fascinating in their own right. However, Poonam wants to argue that there are a common set of experiences uniting her subjects and many young people in India today: a frustration with their lot in life, a conviction that they were made for better things and a burning hunger to stand out against the mass of their peers.

Dreamers is not a work of academic sociology or political science. Nevertheless, one of its central preoccupations is to try and understand the nationalist populism that has brought to power current Prime Minister Narendra Modi. According to Poonam:

“Irrespective of whether they are rich or poor, young Hindu men I meet want the same things: economic growth over social justice, majoritarian democracy over liberal democracy, cultural nationalism over secularism, boundary wars rather than friendly relations.”

In her quest, Poonam takes inspiration from the Berkeley sociologist Arlie Hochschild’s interviews with right-wing activists in the American South. Indeed, Poonam cannot resist the temptation to try and draw parallels with recent events in British and US politics. She refers to one Modi enthusiast’s desire to ‘make India great again’. She describes another as ‘what think pieces explaining the Trump and Brexit verdicts term a loser of globalisation’.

Yet this goes too far in places by creating the impression that nationalist populism in India, the US and the UK are just different versions of the same basic phenomenon. A more nuanced account would have stressed the substantial differences as well as the similarities. Oddly for a book that takes demographics as its starting point, Poonam fails to recognise the very different electoral coalitions behind Brexit and Trump, as compared to Modi. In the UK and US, right-wing nationalism is the preserve of older, less educated voters, whereas in India it is more common among the young and better educated.

In leaning too heavily on the Brexit and Trump analogies, Poonam risks mischaracterising the role of globalisation in her story. It is plausible – though still debatable – to characterise some Trump and Brexit voters as economic losers from globalisation, given the offshoring of industrial jobs from the UK and US. It is far less likely that globalisation is responsible for the economic plight of young people in India today. Formal employment may still be hard to come by, but if anything, globalisation seems to have improved their prospects: for example, creating millions of IT and call centre jobs.

Instead, the globalisation that matters is cultural, not economic. Throughout the book, it is notable how intimately many young Indians have to understand Western life, from online journalists writing stories about Kim Kardashian and Justin Bieber to phone scammers manipulating elderly Americans by posing as the tax authorities. This heightened awareness of the world beyond one’s borders, with its comforts and privileges, must surely feed the ambition and dissatisfaction Poonam describes.

The other form of cultural exchange that might matter is the transfer of political ideas. Though it is unclear how much is imported from abroad and how far the same ideas have emerged independently, it is striking to see familiar tropes and tactics of the ‘alt-right’ in an Indian context: dubious historical narratives that the dominant culture has been ‘sold out’ to appease minorities; the idea that lower-status groups have ‘jumped the queue’ for state support; and the notion that too many women are abandoning their ‘rightful’, traditional submissive role. Particularly chilling is the depiction of Arjun Kumar, a nineteen-year-old stung by the perceived betrayal of his girlfriend, who now prowls the streets of Meerut with an iron rod as part of a Hindu mob seeking Muslim-Hindu couples to attack.

In the West, despite being small in number, similarly misogynistic groups are the source of grave concern, having been linked to violent attacks in Toronto and California. Terrifyingly, in India, the potential breeding ground for such ideas is exponentially greater, with millions of young men being thrown into a jobs market struggling to produce enough opportunities for them, and 116 men for every 100 women in some parts of the country.

It is interesting to speculate as to how bruised masculine egos and status anxiety feed through to the economic and historical elements of the Hindu nationalist ideology. It is easy to see how a worldview premised on asserting one’s dominance and superiority fits naturally with the valorisation of the free market and entrepreneurs that Poonam found among her subjects. Conversely, it is easy to see how the secular non-aligned socialism of the once-dominant Congress party can seem lily-livered and pathetic to such a worldview. Yet these ideological bundles are not inevitable – in the West, nationalist politics has often been accompanied by defence of the welfare state against the market. Going beyond Poonam’s book, then, it is worth considering the possibility that disenchantment with India’s economic and social model is part of what has discredited liberalism and socialism to the young nationalists.

Any book that attempts to represent 600 million people through a dozen or so individuals is going to face questions about how representative those case studies are. The issue is particularly acute for Poonam, given that she deliberately seeks out the most engaging and outlandish in preference to the mundane and everyday. As she acknowledges, the majority of her subjects are also men, finding women less socially and politically engaged. Her response, I expect, would be to say that her characters take to extreme tendencies found more widely among their peers. Moreover, their drive and dynamism means that they are likely to have a disproportionate influence on the fate of their generation. It is an argument that anybody concerned with the future direction of India – and for that matter, the world – ought to take seriously.