Overconfidence: separating the entrepreneur from the wantrepreneur

An important difference between the two may be in 'overprecision', how strongly they believe in their relative abilities, writes Michael Muthukrishna

Overconfidence: separating the entrepreneur from the wantrepreneur 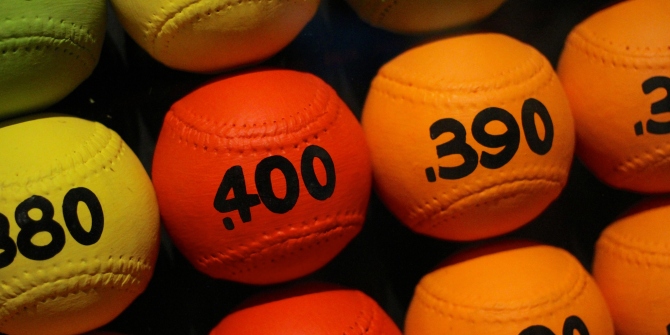 The staggering fortunes created by unicorn tech startups has led to a pursuit of the entrepreneurial dream. But while many people pursue the entrepreneurial dream, many more remain wantrepreneurs – dreaming the dream, but never taking the steps to make it a reality. One factor often cited (though by no means the only one) is the fear of failure or by corollary, to become an entrepreneur requires overconfidence. A belief that you’re not only better than other potential business owners, but better than the more select group who actually start a business. The belief that despite the fact that most new businesses fail, yours will succeed.

My colleagues and I were interested in disentangling the differences in overconfidence, in particular by culture and by sex. The United States remains number 1 on the 2018 Global Entrepreneurship Index while Japan lags behind at 28 and China, the second largest economy in the world, comes in at 43. The sex difference is as stark – male entrepreneurs significantly outnumber female entrepreneurs.

To simultaneously elicit an accurate perception of both overplacement and overprecision, we developed a new method that we call the Elicitation of Genuine Overconfidence (EGO) procedure. The procedure involves asking participants to predict their relative performance by placing money on a percentile grid. Any money placed in the correct decile was theirs to keep. In the image below, the participant was given $10. Someone with no knowledge of their relative ability would evenly place their money across the percentiles heading home with a guaranteed $1 – the equivalent of a guaranteed paycheck. But participants who have some knowledge will pile up their money in one decile with some amount of spread around this. The mean of the distributed money tells us where participants think they rank; the degree of spread reveals how confident they are in this belief. Critically, we compare this predicted placement to their actual performance, giving us a true measure of overconfidence. A person who thinks they’re in the 90th percentile, and actually is, is not overconfident.

We ran an experiment using the EGO procedure among educated men and women in universities in two of the more entrepreneurial East Asian places – Japan and Hong Kong – and also among Canadians of European and East Asian ancestry. There were several interesting results, which I encourage you to read in the paper. But core to the entrepreneurial question, the European Canadians took a more “go big or go home approach” – high overplacement and high overprecision. Whereas, even these more entrepreneurial East Asian groups were much more risk averse. Critically, while overplacement varied by domain, feedback, and incentives, East Asians weren’t necessarily less overplaced, just less overprecise.

One should be cautious in trying to translate experiments from the lab to the world. The lab allows us to isolate factors we think are important, but the world is far messier. Beyond the lab, differences in the wealth of your family, discrimination, social safety nets and patent laws, as well as a host of other factors all contribute to the rate of entrepreneurship. But these results suggest that overconfidence may be another important factor in understanding cultural and sex differences. East Asians and women may be held back less by their perception of their relative ability (which was similar to Westerners and men, respectively) and more by their confidence in that perception. That is, they think they can make it, but they’re just not sure.

There are several implications of these experimental results. If the gap is found in overprecision and not overconfidence, then increasing the rate of entrepreneurship requires not only focusing on the large potential rewards, but reducing the potential costs. Providing opportunities that reduce the cost of failure ought to increase the rate of entrepreneurship among these groups. This dovetails nicely with earlier work showing how more forgiving bankruptcy laws and stronger social safety nets both increase the rate of innovation and entrepreneurship. The experimental results show unambiguous improvement in accuracy after feedback, further reinforcing that opportunities to try and to fail can help close this gap. And the results showing differences in domain suggest that the way in which entrepreneurial programs and opportunities are presented, and the skills that are highlighted as being important may affect participation.

Not all entrepreneurs succeed, indeed most fail – Silicon Valley is less a bastion of success and more a graveyard of failure if we count companies. But the few successes – the Apples and Amazons make up for the rest. And those successes make America richer. We hope that this work and the broader body of literature on the factors that affect rates of entrepreneurship help realise the potential innovations lost to a lack of confidence.

Michael Muthukrishna is an assistant professor of economic psychology at the LSE, research associate of the department of human evolutionary biology at Harvard University, and technical director of The Database of Religious History. His research focuses on the evolution of humans and human culture and how this understanding can help us reduce corruption, strengthen democracy, and increase innovation.