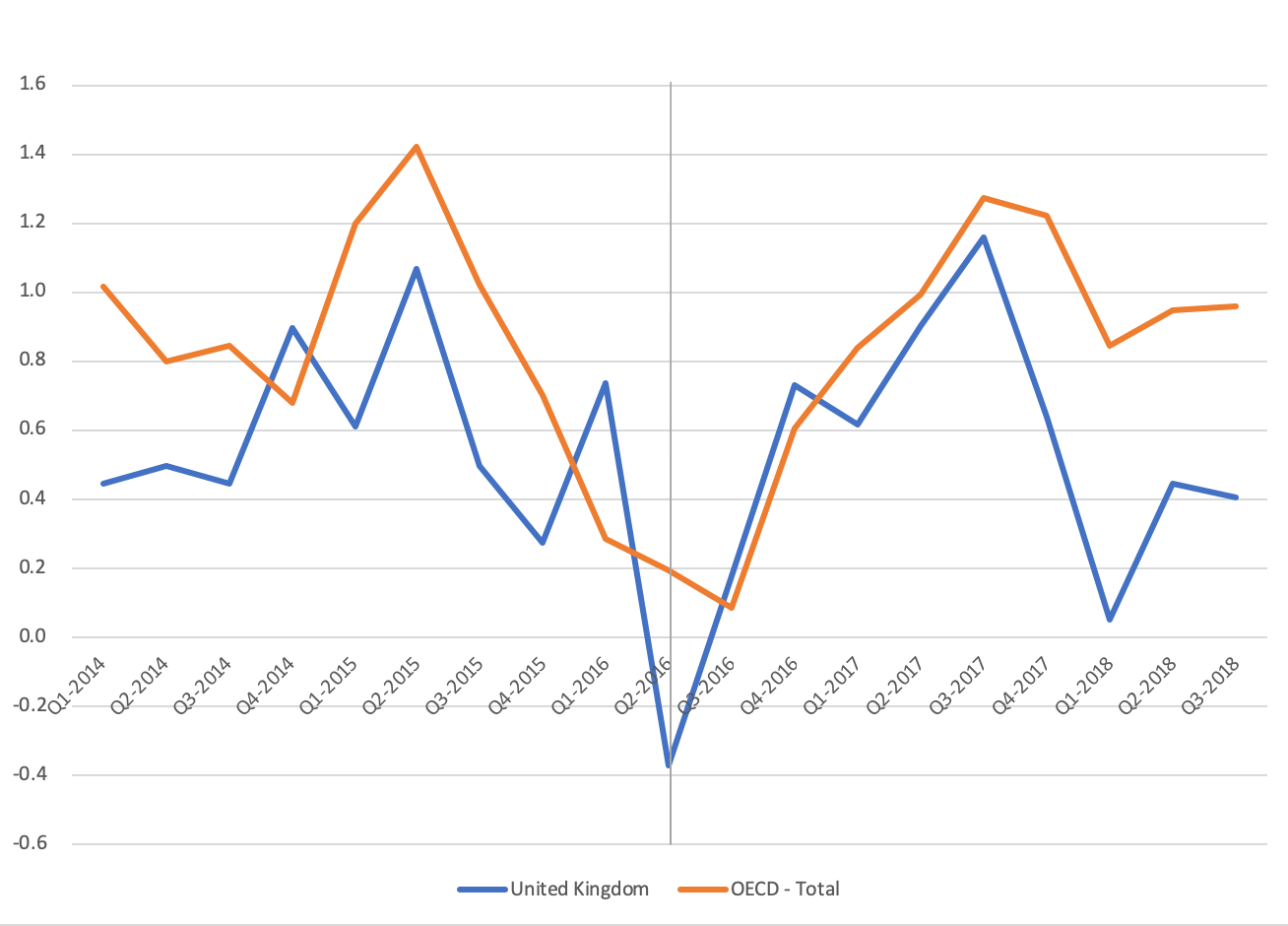 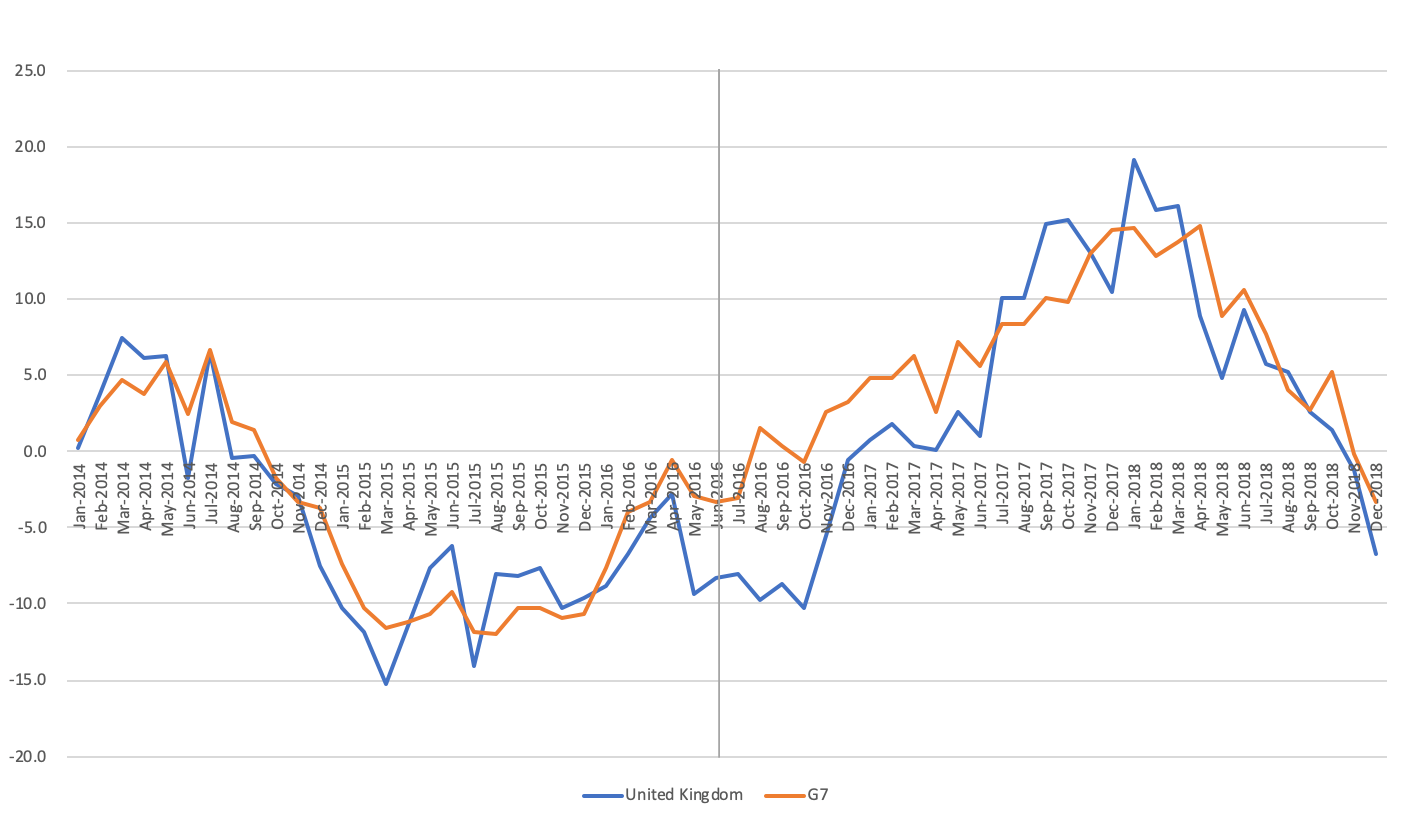 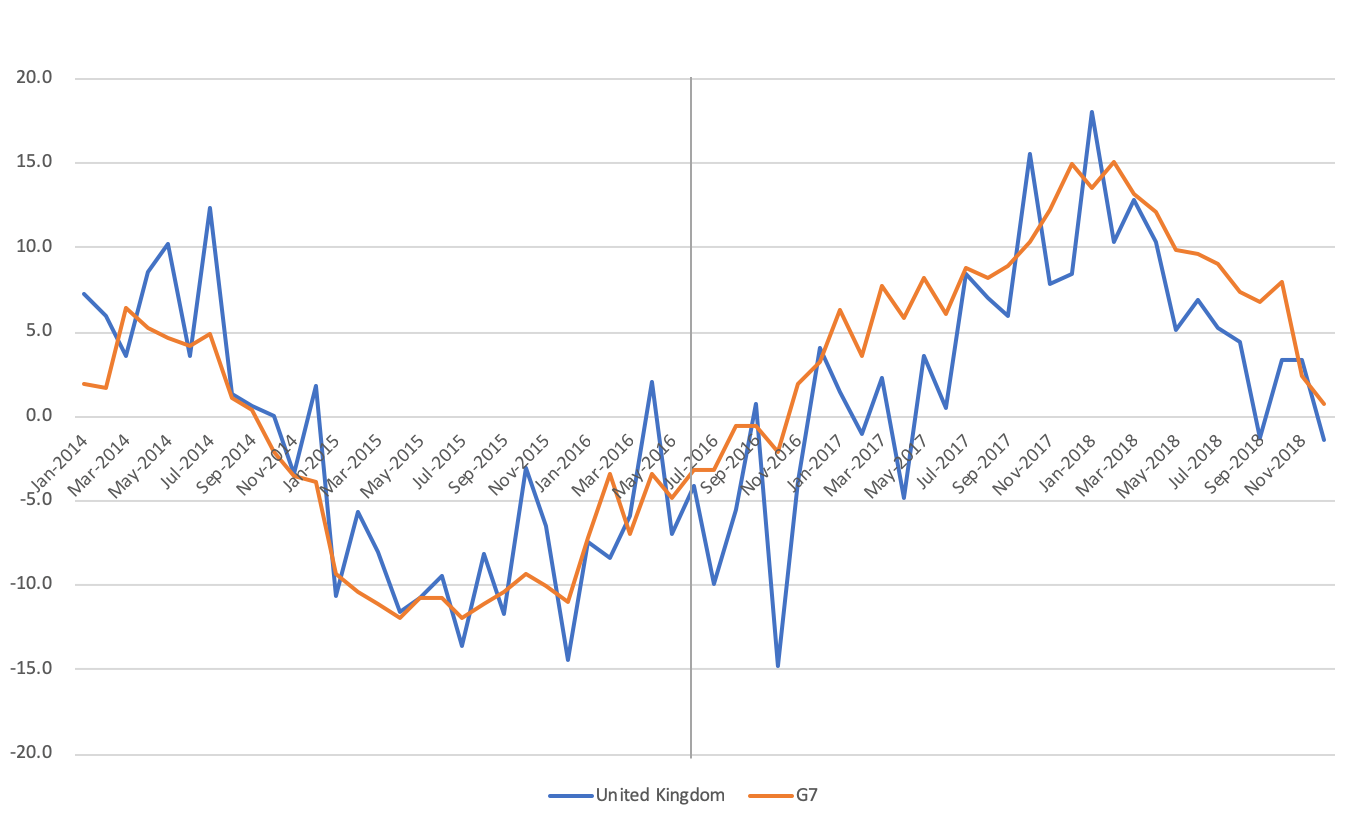 Purchasing power has gone down. On average, real wages have been flat since the referendum. Nominal wages have risen, but below the previous 2 per cent norm (ONS 2018). Consumer prices have risen to reduce real wages. Inflation rose sharply after the referendum and remained high till recently. In January 2019, it dropped below 2 per cent for the first time since the referendum but is still at 1.8 per cent. Growth in food prices, which was as high as 4.4 per cent following the referendum, has returned to low levels of inflation (De Lyon et al. 2017). Compared to G7 countries, consumer price inflation continues to be higher but has fallen closer, as shown in Graph 3. Estimates suggest that aggregate inflation increased by 1.7 percentage points or £7.74 per week as a result of the referendum (Breinlich et al. 2017). 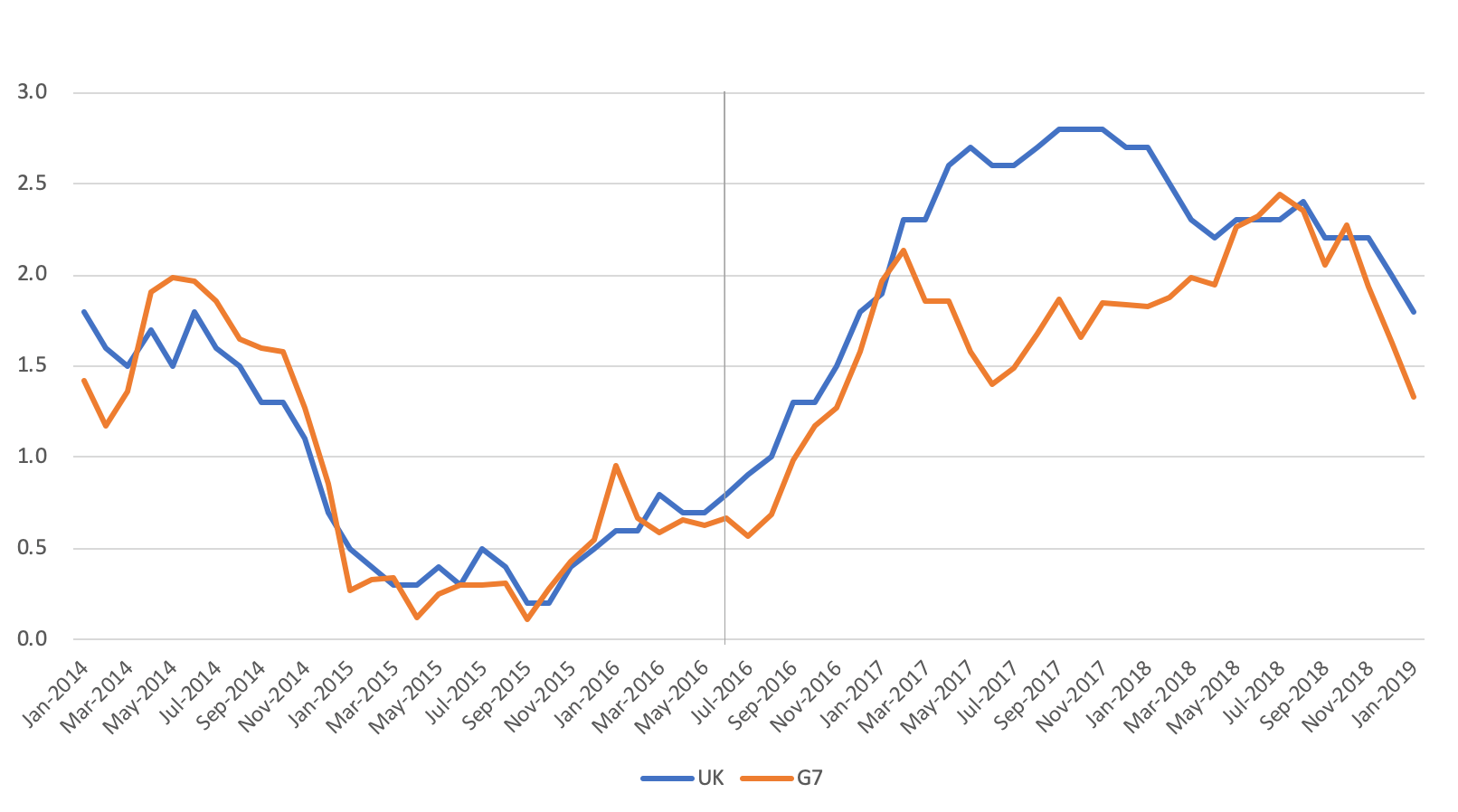 Finally, both inward and outward foreign direct investment (FDI) have dropped since the referendum. The most recent FDI data available are for 2017. The value of the UK’s inward FDI position increased by £149.2 billion to £1,336.5 billion in 2017 from 2016, while the outward position increased by £38.7 billion to £1,313.3 billion over the same period; this led to a slight negative net FDI investment position of £23.2 billion, the first time that this has been recorded (ONS 2017). Compared to selected control groups of similar developed countries, estimates suggest that the Brexit referendum result on inward FDI is a drop of 11 to 19 per cent compared to the counterfactual in which the referendum did not happen (Serwicka and Tamberi 2018, Breinlich, Leromain, Novy, Sampson 2019). On outward investments, estimates suggest a 12 per cent increase (or £8.3 billion till the third quarter of 2018) in the number of new investments made by UK firms in European Union (EU) countries.

Josh De Lyon is a research assistant in the trade programme at LSE’s Centre for Economic Performance (CEP).

Swati Dhingra is an associate professor of economics at LSE’s department of economics, research associate at CEP and research leader at The UK in a Changing Europe. 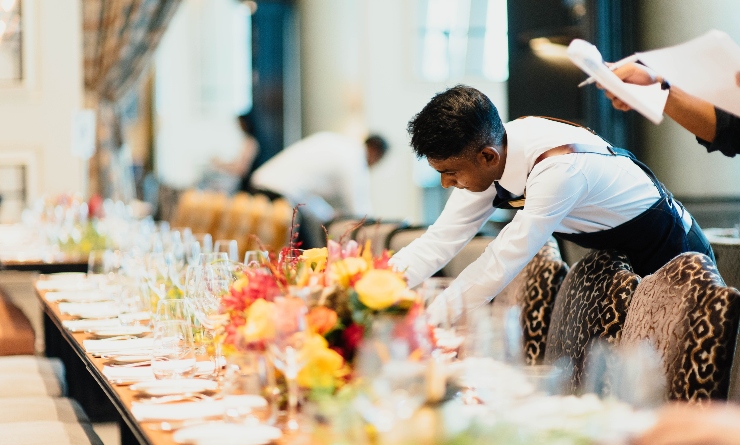 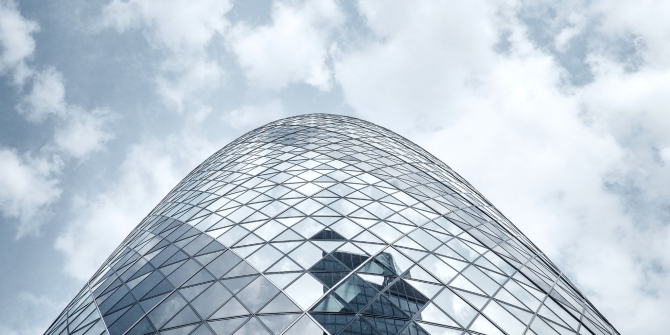