Why we need to incubate unicorn entrepreneurs, not ideas

Why we need to incubate unicorn entrepreneurs, not ideas 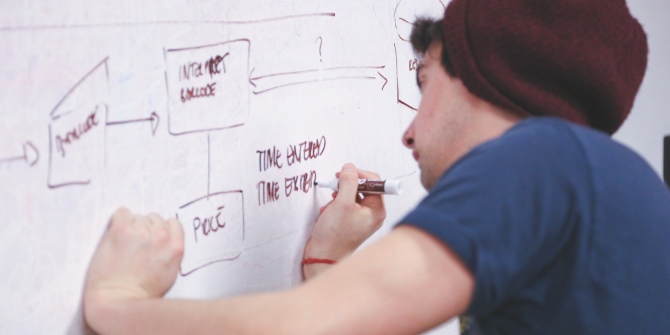 The venture and innovation worlds are focused on idea-based venture development. They spend money on incubators and very-early-stage venture capital (VC) seed funds in hopes of building giant ventures from seemingly promising ideas and technologies. But is this wasted capital? Can angels, incubators, venture developers and universities see potential before it is proven? Or can they show more results by de-emphasising ideas and focusing on entrepreneurial skills?

Who developed the first digital music player? It was not Steve Jobs. Jobs dominated the market with the iPod by legitimising music downloads and building one of the world’s dominant entertainment platforms. Zuckerberg did not develop the first social media site. MySpace started before him. But Facebook dominated social media when Zuckerberg developed the right strategy, which was to focus on Harvard students first, then the other top universities, and then the rest of the world. Michael Dell did not develop the PC. He focused on a better way of selling it – direct to customers by customising PCs for their specific needs. By doing so, he was able to both grow with their money and keep customers happy with the latest technologies at a competitive price.

Consider Wayfair. There is nothing unique about selling furniture. But Niraj Shah found the right strategy to sell direct-to-consumers (like Dell) and built a billion-dollar business. Sam Walton was a small retailer in rural Arkansas, and Kmart and Target were already giant companies when they all got into the big-store concept as it was emerging. But Walton focused on dominating rural America and then used this base to take over urban America.

Other first movers were Visicalc (PC spreadsheet), Univac (mainframe computers), Circuit City (big box retail stores), and Archie (Internet search). The ultimate winners were Microsoft, IBM, Best Buy, and Google. Most ideas can be imitated and improved. That’s what unicorn-entrepreneurs such as Jobs, Zuckerberg, Dell, Shah, and Walton did

Unicorn-entrepreneurs are defined as those who build a venture from a startup to more than $1 billion in sales and valuation, not the VC-valued unicorns that may be valued at over a billion today and fail tomorrow. Path, a supposed competitor to Facebook, was valued at $500 million. It failed (Bloomberg BusinessWeek, October 15, 2018, page 6). Real unicorns have substance.

Unicorn-entrepreneurs did not succeed because of their billion-dollar technologies. Of the 85 unicorn-entrepreneurs whom I interviewed and/or analysed, only Genentech was based on a technology whose brilliance was so evident that VCs stepped in and built it into a giant business. All Herb Boyer had to do was split the gene. About 5 per cent of unicorn-entrepreneurs used the “classic” VC method of developing their technology, launching the venture., getting VC, and ceding control of the venture and its leadership to the VCs and the hired CEO. This includes entrepreneurs such as Earl Bakken of Medtronic, Pierre Omidyar of eBay, and Steve Jobs of Apple.

Can more unicorns be built if more unicorn-entrepreneurs are trained to take off without VC and prove their potential first? Yes, because VCs do not fund till aha! The rage today is to rely on the idea and seek risk capital. There is no shortage of ideas and no one can accurately forecast potential success, until there is proof of potential, i.e. Aha!

Consider entrepreneurs such as Steve Jobs of Apple, and Brin and Page of Google. Jobs was turned down by more than 10 VCs when he sought funding for Apple. Even more importantly, Jobs was fired from the company he started after it had taken off. It was only when he returned and executed one of the most brilliant turnarounds in history that Apple became a great company. And he did so by imitating and improving others’ ideas with the iPod, the iPad, and the iPhone – not with first-mover innovation and not with an original idea.

Brin and Page were also rejected by more than 10 VCs because no one could foresee the genius and potential in their idea to dominate Internet search. Page and Brin even tried to sell their technology for a million. Page and Brin were not first movers. They imitated and improved other Internet search engines.

No one took Sam Walton seriously when he imitated the big store idea. But he first located his stores in small towns. Most competitors thought he would fail, which is one reason they did not enter the small-town market until Walmart already had a strong foothold. By then it was too late.

Unicorn-entrepreneurs use skills to bridge the VC gap till aha!

When more importance is given to ideas than is due, business schools and entrepreneurship programs focus on innovation, idea generation, and all the other superfluous ways that experts and professors generate new ideas. Most think that their new technologies are worth something even when these are still unproven. The problem is not the generation of new ideas or technologies – it is knowing which ones will succeed. And knowing how to take advantage of them. Ideas do not succeed without someone making them happen.

Sara Blakely of Spanx is a great example. Would her company have reached the pinnacle if there wasn’t a Sara Blakely behind it? Her idea may have been unique, but her genius at execution was greater. The idea method can be seductive for universities with large numbers of technologies. But most university tech transfer attempts have been failures. Few technologies have become billion-dollar blockbusters. The Brookings Institution notes that “traditional technology transfer, for the most part, has been a failure,” and most schools don’t even earn enough to pay for their cost of tech transfer. Not everyone is a Herb Boyer and not every university is an MIT or Stanford.

The key problem is that it is very difficult to evaluate most technologies before they are proven businesses. Ideas without a patented and proven billion-dollar potential need unicorn-entrepreneurs to bridge the gap from startup to Aha. They need a unicorn-entrepreneur.

So what should incubators and developers do? They can focus on technologies that can be easily imitated by someone – and hope that they can get to Aha. Or they can focus on training all entrepreneurs to take off without capital. Then see who succeeds and fund them. Offer skills. And let the cream rise.

So what do entrepreneurs need? Since most entrepreneurs do not have billion-dollar, patented technologies, they need skills to grow. But sometimes, even billion-dollar, patented technologies may not be enough. Earl Bakken developed the cardiac pacemaker and nearly failed. He tried to sell the company for $10 million. His lucky day was when he found no takers and he had to save it. That was the foundation of Medtronic, a giant in medical electronics.