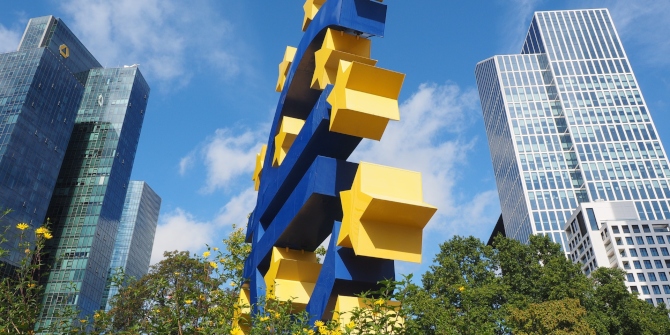 Starting at the second half of the 20th century, the economic and political integration of Europe is the largest and longest integration project in human history. It is still a work in process. The integration at this scale undoubtedly comes with profound difficulties and it would be fair to be sympathetic with architects and builders of this project. The difficulties and the challenges ahead were envisaged by the Founding Fathers of European integration, most prominently by Robert Schuman. In his famous speech (the Schuman Declaration) on 9 May 1950, he acknowledged that “Europe will not be made all at once, or according to a single plan. It will be built through concrete achievements that first create a de facto solidarity.”

Schuman was right! It took another 42 years, during which Europe went through a great amount of political, economic and social transformation. Maastricht was a major milestone in this journey of integration. The Maastricht Treaty (the Treaty on European Union) signed on 7 February 1992 led to the creation of the European Union, though one shall not be confused: the signing up for the creation of a union does not mean integration, particularly in economic and monetary terms. The economic realities are more stringent and are underpinned in the economic fundamentals, which did not change much by signing up to the Treaty.

The creation of the Economic and Monetary Union (EMU) that was agreed in Maastricht was not a straightforward task. Some of these difficulties, including the movement of labour and capital within the EMU, were acknowledged in the All Saints’ Day Manifesto for European Monetary Union as early as 1975. However, it was assumed in the Manifesto that the EMU would not be a reason for high unemployment. A policy mix entailing transfers as well as productivity increases in the long term could solve the issue.

With the benefit of hindsight, we can see that the situation is less promising. The Maastricht Treaty, which provides the legal basis for the EMU as well as the European System of Central Banks (ESCB) and European Central Bank (ECB), did not provide much operational details on the creation of the EMU, the functioning and operations of the ECB and national central banks (Eurosystem), or on any issue that may arise due to their functioning. Further work was left to the European Monetary Institute (EMI), which operated from January 1999 to June 1998 until its successor ECB took over.

The EMI and its working groups, including the Working Group on EU Payment Systems, did work on establishing the Trans-European Automated Real-time Gross Settlement Express Transfer System (TARGET), which is the real-time gross settlement (RTGS) mechanism of the Eurosystem. The system worked well and, like any other system, is not 100 per cent perfect. Though the word “settlement” is part of the TARGET (or TARGET2 as it’s called nowadays) system, there was no real settlement mechanism in a true sense. On the issue of settlement between the ECB and national central banks (NCBs), as EMI documents released under a public access regime suggest, it was decided that the participating NCBs and the ECB would not impose intra-day credit limits on each other, which could impede the execution of payments.

Since the global financial crisis, TARGET2 unsettled balances have swollen to unprecedented levels, which have led to the debate in favour and against TARGET2 as a stealth bailout by ECB. While the debate is interesting, it simply does not make the underlying issue disappear. As it stands, and as Figure 1 makes evident, the imbalances have been continuously growing:

According to Article 104 of the Maastricht Treaty, there was no provision for the overdraft facilities or any other type of credit facility with the ECB or with national central banks in favour of community institutions, central, regional and local public authorities. Hence, there was no legal basis for the allocation of credit through the TARGET2 system. However, necessity is the mother of all inventions and under the asset purchase programme (APP) the ECB was buying public but also corporate bonds in excess of € 80 billion a month, amounting to € 2.5 trillion from March 2015 to March 2019. Furthermore, the Eurosystem also led to huge TARGET2 imbalances. Whether this is a stealth bailout or not is debatable and has been debated enough, but the on-ground reality is that there are huge imbalances. We are where we are! The question is where do we go from here?

One may argue that in the case of a breakup of the Euro there could be huge losses due to TARGET2. However, even if we are lucky and don’t have a doomsday in which billions of euros in claims vanish overnight, the huge imbalances pose costs to surplus countries in real terms. For instance, according to some estimates, it cost Germany up to € 17 billion in real terms from 1999 to 2014, where the total redistribution from the surplus to deficit countries is approximately about € 40 billion. Even those who argued that the TARGET2 imbalances might be useful in saving the day and (German) savers, it is clear that they are not a long-term solution. As it stands, Italy and Spain are running deficits in excess of €480 billion and €400 billion respectively. Given that there is an interest (equal to the main refinancing operation (MRO) rate charged of banks in the Eurosystem) to pay on the TARGET2 debt, the burden of servicing this debt will become unbearable if the ECB goes towards normalisation.

Beside active participation in the debate around TARGET2 imbalances, very few have actually suggested some solutions to deal with them. For instance, there are suggestions to constrain borrowing or to introduce annual redemption with marketable assets, as done in the US system of credit redemption between the District Feds. Similarly, there has been a suggestion to settle TARGET2 balances by an adjustment to the monetary base in the Eurozone where the Euro members are allowed to withdraw from the Eurosystem according to their paid-up capital, which then can be adjusted against their net claims on the Eurosystem. However, looking at the size of the imbalances it would be sensible to be more strategic and take a number of measures that not only settle the current imbalances but also stop the emergence of future imbalances.

In terms of getting rid of the prevailing persistent huge imbalances, it is advisable to settle them by a) adjustment to monetary base and allocation of liquidity based on capital key b) redemption of marketable securities (similar to Fed) and c) conversion of some of the TARGET2 debt into equity (similar to the contingent convertible bonds (CoCo). Once the TARGET2 claims by surplus countries like Germany, Luxembourg and the Netherlands are given equity status, they can redeem it for a greater share in the capital key (which in principle shall mean more voting rights) and redemption of assets.

In terms of making the modification and development of an institutional framework to deter the future emergence of such imbalances, there should be a) limitations on monetary operation and limits to which TARGET2 imbalances can be allowed b) better collateral requirements c) a penalty for lack of discipline and d) an inherited settlement mechanism by using “safe” covered bonds issued by NCBs and member states. These are operational arrangements that shall not require any change in the Treaty. The ECB and European Commission can decide by a qualified majority. Such arrangements would be fair to the large debtor countries such as Italy and Spain, which in the current economic outlook are nowhere near settling these debts.

On the path to integration, Europeans have made remarkable achievements that are prima facie evident in the peace and stability of the last few decades, in which, according to Churchill’s wish ”hundreds of millions of toilers are able to regain the simple joys and hopes that make life worth living”. Yet, it is still a work in process and TARGET2 imbalances are the manifestation that we need to do more for sustainable integration!