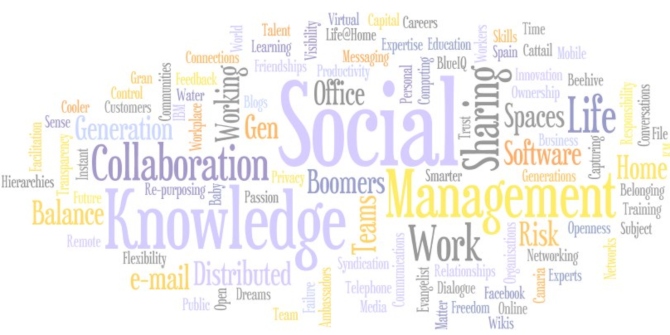 From a series of classroom discussions at Paris-Dauphine University focused on the transformation of work, we were able to identify three key trends.

The first striking point is the inflation of words, fashionable concepts, ideas and debates around the transformation of work (especially the keyword and hashtag #futureofwork and the strange absence of the keyword #futureofmanagement). Interest in the future of work amplified after the 2008 financial crisis, particularly since 2013 (454 000 occurrences of the hashtag #futureofwork on Google). This is when social and economic globalisation exploded, when the crisis made everyone doubt, when digital innovation radicalised (platforms, co-bots, big data, blockchain, AI…).

Buzzwords gaining ground around the debate keep proliferating (automation, slashers, freelancers, gig economy, blurring, co-working, DIT, holacracy, digital nomads…), sometimes forming a wide curtain of smoke right in front of essential matters. Everyone comes by with his/her own report, concept, and tendency to get seen and heard. This overbid reinforces, more than it allays, the blur. We can sometimes link it to practices or to an ideology (of horizontality, democratic management, and community…) that would come back on a cyclical basis, sometimes to an “atmosphere” (see the idea of ‘coolitude’ developed by Mathilde Ramadier), or just, to a “fashion” that would last a bit longer than the others. All this makes sense in the French context, especially in that of big cities such as Paris, Lyon or Marseilles.

The second tendency that we spot is radical disruption. Most of the debates about the future of work include the logic of disruption of the so-called old, hierarchical, corporate world. There are very few experts about the future of work who propose scenarios of continuity for wage-paying big companies (although they keep on and make up a third of jobs in France), traditional management techniques (which remain very strong beyond entrepreneurial vocabulary). Is this linked to the stress and anxiety that dominate our current everyday lives? Times are more about end of worlds (of wage-earning, employment, human, hierarchies, management…). Most of the reports, especially those proposed by consulting firms, tend to overbid discontinuities, forgetting, along the way, that the new world will extend from the past.

For us, the third trend is also the most striking one. It is about management. First, we have been surprised to find that few managerial words were used, and few organisational and managerial issues were raised, even by the most managerial players we interviewed (management consultants, entrepreneurs or academic practitioners). Are the new ways of working, real or forecast, leading to the end of management (as a stakeholder or ideology), to new management practices? How will companies evolve (especially large corporations)? Are they doomed to add some new organisational entities (by recruiting human resources managers dedicated to freelancers, but also community managers)? Should we expect new kinds of organisations? How can we understand, more paradoxically (without opposing them) the return of communities (horizontal and informal) and the joint development of platforms (more formal and corporate)? What are the new management tools emerging today? What are new forms of governance? How can we qualify them?

The scarcity of these issues in the reference materials we found must be noted (even academic papers). The actors we met from this “new world” (freelancers, digital nomads, makers…) have often told us of being involved in alternative life projects, especially compared to their parents. Some of them have experienced different forms of organisations, being employees or interns. They told us to deliberately run away from “management” and the “company” (while they forget they may simply experience other forms of management not really “outside” management). Anyway, we have found a common area in most of the trends we have discussed: they present themselves as being “outside” and “after” the traditional company. Teleworking, mobility, intrapreneurship and generalised entrepreneurship, slashers, co-working, artificial intelligence…they all represent a more autonomous work, more mobile, very open and collaborative, built-in again and again in communities linked by platforms. Be careful, however, with personal changes of life (especially the first child) and overestimated vocations. As the founder of a start-up told us, “Not everyone is born to be an entrepreneur”. And contemporary speeches (here we include business schools, universities and academics) tend to be a little “too good to be true”.

Interestingly, all discussions have been an opportunity to identify tensions and questions about management and organisational forms in the digital era. Advocates of new ways of working question management as an actor or ideology, and some people explicitly state the ‘end of management’. Our own explorations do not lead to this conclusion. Management as a practice, an actor and a set of various ideologies or techniques does not disappear. It is maybe deeply transformed, again. ‘It’ (through AI and algorithms) decides, animates, channels, and performs collective activity as much as ‘s/he’ (the manager) does. Maybe more than ever. New times and spaces are constituted by and are constitutive of collective activity, especially co-productive activity. Lines between work and leisure, private and professional lives, management and non-management, keep blurring. The crowd, as a powerful resource, is more than ever at the heart of managerial legitimacy. Third-places are new contexts of work and managerial (e.g. governance) re-invention. Following Hartmunt Rosa, we believe that a key thing should not be lost on the way to re-invention: resonance. Including alterity (the other, the outside), and the future (e.g. climate change, urban trends), making them resonate, not only in our work practices but also in new managerial and governmental practices, will be key to avoid transforming the future of work into a nightmare for the present experience of work.

François-Xavier de Vaujany is a professor of management and organisation studies at Université Paris-Dauphine, PSL. He is particularly interested in new work practices (e.g. digital work, remote work, mobile work, co-working, distributed work, slashers, digital nomads, hacking, etc.), how they emerge and how they are legitimated in organisations and society. In late 2014 he has set up an international academic network (RGCS: the Research Group on Collaborative Spaces) about collaborative communities and collaborative movements involved in new work practices (in particular coworkers, makers, hackers). This network organises events all over the world, in particular learning expeditions and other types of experimentation mixing academics, entrepreneurs, managers, activists, journalists and politicians. Those are opportunities for walked, reflexive, collective narratives and events which are connected to each other. 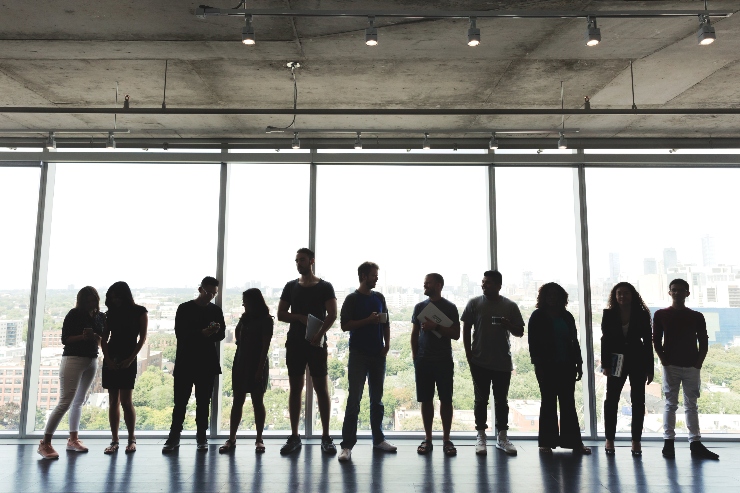 What does inclusion mean, really? 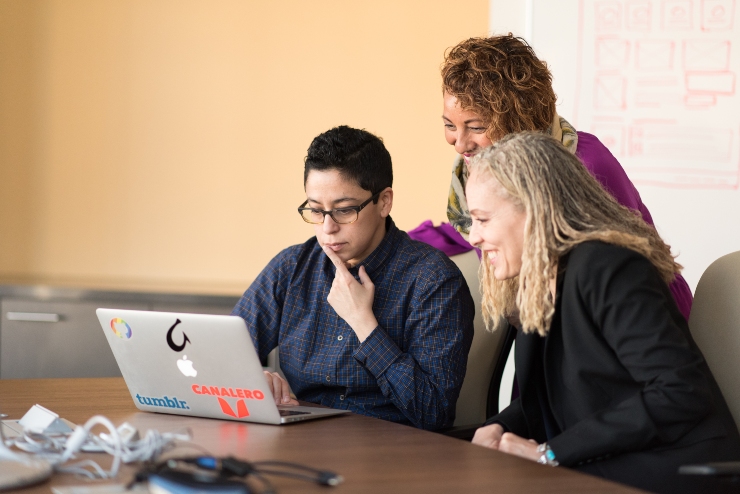 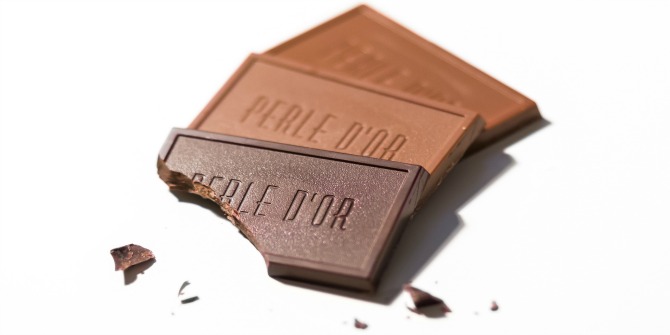 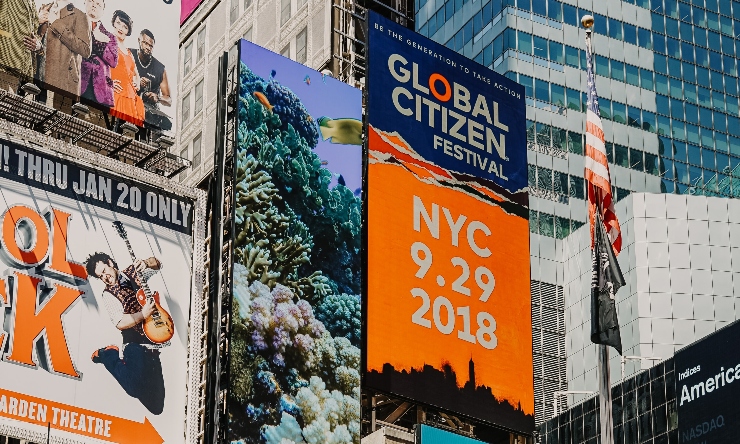