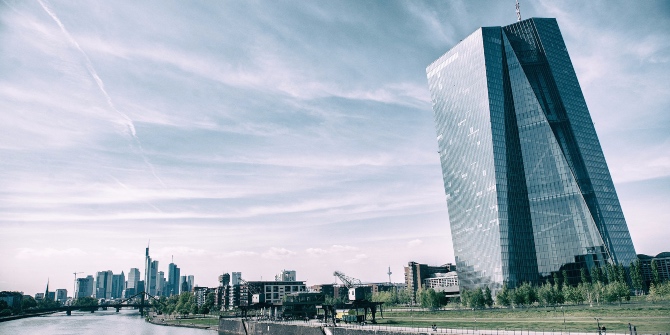 Many observers believe that implicit bank bailout guarantees were an important driver of the global financial crisis. They also blame national supervisory authorities as another key factor. As a consequence, the formation of the European Banking Union (EBU) was presumably the single-most important institutional response of the European Union (EU) to ensure that taxpayers’ money is not used again for the bailout of failed banks. In fact, the EBU relegates substantial authority to supervise and discipline banks away from national and towards pan-European authorities.

Clearly, this surrendering of powers is not uncontested and whether the EBU succeeds in strengthening financial stability depends strongly on its timely and adequate implementation. Only if the EBU establishes credible rules, financial markets will take them into account. Yet, virtually all countries delay the transposition of key directives implementing the EBU. This setting begs the question of whether (some) national authorities strategically delay the implementation of EBU directives to protect weakly or even undercapitalised banks. In our recently published paper, we do not find evidence for this claim. Instead, the staggered implementation of the EBU across countries is mostly driven by differences in existing national bank regulation and supervision. Political factors, in turn, play a minor role.

The EBU is the legal manifestation of the political will to ensure the harmonised regulation and supervision of banks in the euro area. The basis of the EBU forms the single rulebook, which consists of three directives. First, the Capital Requirements Directive IV (CRD IV) to implement key elements of Basel III; second, the Bank Recovery and Resolution Directive (BRRD) to set rules for bank restructuring and resolution, including a bail-in clause; and third, the Deposit Guarantee Schemes Directive (DGSD) to mandate the insurance of 100,000 euros per depositor per bank across European banking markets. EU members have some discretion how to implement these directives into national law. But the EU Commission sets transposition deadlines, which range from December 2013 to January 2016. Kalemli-Ozcan et al. (2013) argue that the transposition process concerning directives on financial integration tends to be slow since it requires extensive modifications of prevailing institutional infrastructure. In the case of EBU directives, almost all member states failed to transpose the three directives of the single rulebook on time, exhibiting substantial variation in transposition delays across countries.

Existing regulation and supervision matter the most

We explain countries’ delays per directive by variables from three themes: ‘banking market structure’, ‘regulation and supervision’ and ‘politics and institutions’ that are sourced from the European Commission, the European Banking Authority, the World Bank and the database of Barth et al. (2013). It turns out that existing regulation and supervision matter the most. Political factors are, in turn, mostly insignificant. The state of existing national deposit schemes is key to explain transposition delays of the capital requirements directive. The transposition of the resolution directive, in turn, lags due to banking market structure characteristics. Especially in countries where the share of sovereign assets in the banking system is high, delays tend to be longer. Systems with more banks tend to transpose faster, potentially reflecting a greater desire to comply with harmonisation if banks are an important vehicle to fund the respective real economy. Transposition delays of harmonised deposit insurance schemes are mostly driven by existing regulation and supervision as well. Already better stocked deposit insurance schemes and the existence of prompt corrective action reduce delays. Note that also for this directive, an intense government-banking system connection increases delays. Paired with the results for the resolution directive, the delaying effect of a larger role of governments in their national banking systems fuels existing pleas to unbundle the sovereign-bank nexus (e.g. Brunnermeier et al., 2017).

While this nexus potentially hints at political bargaining on the domestic level, all other covariates related to politics turned out to be insignificant. The minor role of political variables might indicate successful lobbying by the finance industry during the drafting of the directives. So once the EU Commission passed the directives, stakeholders possibly saw their interests already reflected and did not need to further push for delays on the domestic level. However, we can only speculate about this mechanism, since there is no comprehensive lobbying data collected at the EU level. Though the publication of meetings between commissioners and lobbyists since the end of 2014 and the transparency reform introduced by the European Parliament at the beginning of this year might shed more detailed light on future negotiations.

A challenge to the EBU, especially to the resolution directive, is its credibility. Bail-in regimes can only reduce moral hazard if they are truly enforced. In 2017, however, the EU Commission and the Italian government agreed on a state bailout of around 5.4 billion euros to recapitalise the distressed bank Monte dei Paschi, whereas junior bondholders of the Spanish bank Popular were subjected to substantial haircuts. While such opt-out clauses exist de jure, they undermine the credibility of financial reform.

Simon Grothe is studying economics and politics at Leuphana University, Universidad de Cadiz and London School of Economics. In 2019, he did an internship in the department of financial markets at Halle Institute for Economic Research – member of the Leibniz Association (IWH).

Michael Koetter is professor of financial economics at the University of Magdeburg and head of the department of financial markets at IWH. He also serves as a member of the scientific advisory board of the Research Data and Service Center of Deutsche Bundesbank, he is an editor at the Economics of Transition, an associate editor of the Journal of Financial Stability, and the president-elect of the IBEFA association. His research concerns the nexus between regional financial conditions and implications for the real economy. E-mail: Michael.Koetter@iwh-halle.de

Thomas Krause joined the Department of Financial Markets at IWH in November 2013 and completed his dissertation in 2018. He is a post-doctoral researcher and the programme manager of the IWH Doctoral Programme in Economics. His research focuses on financial stability, banking regulation, and housing finance. E-mail: Thomas.Krause@iwh-halle.de

Lena Tonzer has been assistant professor at Martin Luther University Halle-Wittenberg since 2017. She joined the department of financial markets at IWH in 2014 as a head of research group. In 2019, she became a research affiliate at European money and finance forum SUERF. Her research focuses on banking and sovereign debt crises, integration of financial markets, and banking regulation. E-mail: Lena.Tonzer@iwh-halle.de