Despite frustration and disquiet, they fail to see value in conventional forms of trade union organisation, write Craig Berry and Sean McDaniel 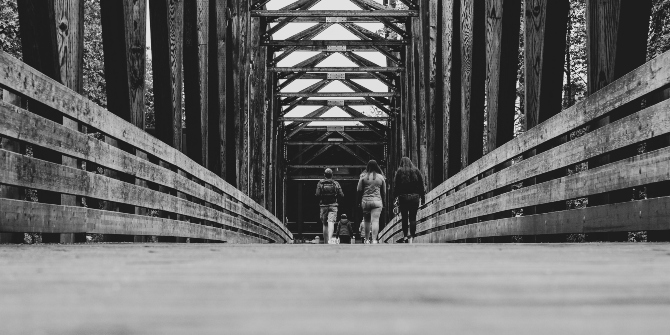 The 2008 crisis crystallised the trend towards ‘precarious’ labour market conditions – stagnation in earnings growth, skills under-utilisation, labour market ‘hollowing out’, and the emergence of ‘gig economy’ practices – which disproportionately affect young people. Insecure employment is not new, especially in lower-skilled occupations, although it may have reached a new peak since the crisis. Indeed, two decades ago, Richard Sennett warned of ‘flexible capitalism’, wherein uncertainty and instability were becoming ‘woven into the everyday practices of a vigorous capitalism’.

However, today’s young people are perhaps the first cohort to have experienced the shift towards precarity on a large scale, across occupational groups. In a landmark 2018 book, the late Andy Furlong et al. refer to the spread of precarious labour market conditions in recent decades in the UK as a ‘new normal’, which has built up over decades and accelerated in the context of the crisis from 2008.

Yet the perspective of young people themselves has been relatively absent from academic debates on the advance of precarious work. Our research seeks to develop our understanding of this new normality of precarity by inquiring how it has been internalised into the attitudes of today’s young workers. Too often, young people’s understanding of their economic circumstances is assumed rather than investigated; or, a relatively politically engaged and media-savvy minority of young people is assumed to be representative of the cohort as a whole.

We conducted a series of focus groups with 18-25 year-olds (in Manchester, Grantham and London, supplemented by a nationwide online discussion forum) in October 2017. The groups had a mix of male and female, and graduate and non-graduate participants, with the exception of one of the sessions in London, which was composed of only graduates (this reflects our interest in distinguishing between different groups of young people – we must be careful not assume the young think, and act, as one).

We investigated their attitudes to work, the economy and, importantly, industrial relations. Drawing a link between wider labour market processes and young people’s attitudes to trade unions, we interrogated the notion of ‘normalisation’ itself by considering if, how, and why young people seek to operate and succeed (or simply survive) within this economic environment, rather than resist it (through, for example, forms of collective action).

We found that young people’s experience of the ‘new normal’ of precarious labour market conditions has been internalised within their attitudes to a significant degree. This does not mean, however, that changes have been accepted passively or unknowingly. Rather, there is a recognition amongst these people of the novelty of their socio-economic circumstances, and thus frustration and disquiet at the nature of these circumstances. The ‘new normal’ is in fact recognised as abnormal. There was clear anger expressed at the way in which current economic conditions of the post-crisis environment, including the legacy of the economic crisis and phenomena such as Brexit, have affected the life chances of young people.

Nevertheless, we also found, as others have, that young people feel that insecure labour market conditions are simply ‘part and parcel’ of the economic order they expect to confront throughout their life course. This attitude means they focus on how they can succeed within this inherited structure rather than on pursuing structural change. There is a degree of resignation to a situation wherein precarity is deemed largely immutable. Accordingly, it seems many young people understand the prospect of improving labour market outcomes in terms of personal development and their ability to successfully navigate this more competitive environment (an attitude also identified elsewhere). (We found some attitudinal differences between graduates and non-graduates, with the former more concerned about unmet expectations from their career, for instance, and the latter more concerned by general degradation of economic conditions. Yet these are differences of degree rather than being fundamental in nature.)

Our research shows that antipathy towards trade unions (even if trade unionism is conceived in fairly positive terms) can be associated with this perspective, insofar as membership is not deemed particularly helpful to young people plotting their career while navigating precarious labour market conditions.

Most participants reported that they wanted trade unions to craft an offer more resonant to their individual ambitions for their careers – and were unaware of services offered by unions which might already be meeting this need. They were not particularly interested in being represented by trade unions in the workplace – with some young people particularly critical of unions seeking to represent members’ interests via political engagement, reflective of a wider ‘anti-politics’ sentiment (our fieldwork was conducted just after the so-called ‘youthquake’ election in 2017).

Of course, if young people lack knowledge of trade unions, it is perhaps because the information they are presented with is not deemed salient to their experience of industrial relations. (We detected few differences between graduates and non-graduates regarding specific views on trade unions; interestingly, there were few, if any, explicit suggestions by participants that there might exist social class-based divisions within age cohorts.)

Overall, the 2008 economic crisis underpins much of what young people believe about the economy and their own place within it – investigating the impact on crises on generational identities is an area where further research would be especially welcome. This sense of injustice among today’s young people – dealing with a crisis they did not create – has been compounded by the Brexit vote, which young people report has created manifold uncertainties for their future lives. Our research reveals therefore a relatively strong sense of age-related identity among today’s young people in which, rightly or wrongly, they believe their political and economic experiences are unique, or uniquely difficult, compared to recent cohorts. The long-term implications of such a perspective for industrial relations and political participation – and how progressive political actors might seek to accommodate it – remain uncertain.

Sean McDaniel is a senior lecturer at Manchester Metropolitan University.