How the unions helped transform employment relations at France Télécom

How the unions helped transform employment relations at France Télécom 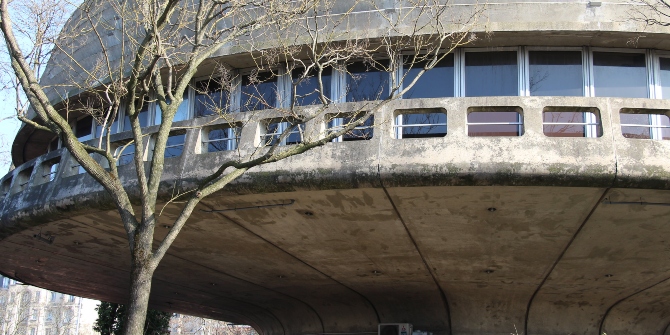 On December 20, 2019, the French courts found the former CEO of France Télécom and two executives guilty of ‘moral harassment’ of their employees. During what has been called ‘a social crisis’, more than 40 employees in two years committed suicide, directly blaming the company in their notes, taking their lives on the workplace; a technician stabbed himself in front of other staff during a management meeting after being told that his job would be cut, and was treated in hospital for a stomach wound.

High rates of work-related suicides have also been reported at the French police, Renault and La Poste. However, the France Télécom case had a higher profile and was widely discussed in the French media, to the point that “France Télécom syndrome” is now used to indicate workers’ suicide for stress reasons.

Why did the France Télécom crisis obtain this higher level of media coverage? In a recently published article, my co-authors and I argue that unions have been responsible not only for this increased attention, but also for a change in the immediate and long-term managerial strategy within the company. They achieved this by mobilising internal and external communicative power, centred on innovative initiatives and on the ability to offer a common framework for understanding workforce wellbeing issues.

Origins of a Crisis

In 2006 France Telecom CEO Didier Lombard presented a restructuring plan called NExT, which included downsizing 22,000 employees and encouraging 14,000 job changes. There was a policy called ‘Time to Move’, requiring employees to change jobs every three years. Employees were often required to relocate on short notice, to force them into retirement or to quit their job. In interviews conducted during and after the crisis, workers talked about their anxiety due to not being secure in their jobs. According to union representatives ‘From 2006, everyone was really oriented towards the question: am I going to be one of the 22,000 or not?’

France Télécom’s unions opposed the NExT plan from the beginning, but they had trouble convincing management to change course. One of the reasons is that although the human costs of draconian restructuring was clear to union representatives, different unions disagreed on strategies and tactics, and lacked the unity required to challenge these policies.

However, in 2007 two coalitions of unions started studying and publicising the impact of work restructuring on employee stress. Two activities were crucial in laying the groundwork for effective action while building internal communicative power, aimed at building a coherent narrative among the workforce.

First, an observatory of stress and forced mobility was set up with the aim to listen to employees’ voice and put pressure on management. The observatory, with a small scientific committee made up of researchers, practitioners, and consultants, together with around 20 union activists, carried out and commissioned a series of studies examining the effects of management practice on worker stress and well-being.

Second, two unions commissioned a play by NAJE, a theatre company which follows a particular approach called the ‘theatre of the oppressed’ – audience members are called on stage to re-enact an exploitative situation they are experiencing in real life, and then are encouraged to change the course of action. The play was performed at the works councils’ and the observatory’s meetings, as well as recorded on DVDs that were distributed across the company.

Through these joint initiatives, France Télécom’s unions came to agree on the broad framing of the psychological impact of the crisis. They started from a critique of management practices based on maximising shareholder value and cutting short-term costs. Then they portrayed the crisis as a failure to value both worker well-being, as part of the company’s broader social responsibilities, and workers’ contribution as a crucial component of organisational performance.

Unions communicated their understanding of the causes of the crisis both to the workers and to the public, offering a rational explanation for the suicides that would call for a shift in managerial approach and rethinking of the restructuring process. They mobilised mass demonstrations, with actions focusing on cities and workplaces where the suicides had occurred, and also directly appealed for state intervention through the courts. When interpreting the causes of the suicides for the public, and organising related activities, unions managed to mobilise external communicative power, aimed at building a coherent narrative with the public, customers, and the state.

Top managers initially dismissed the concerns voiced by unions and critics. However, negative press coverage and pressure from the French government eventually led France Télécom to acknowledge the ‘social crisis’, resulting in the resignation of the deputy CEO who had overseen restructuring. The different tactics described above contributed to the perception among France Télécom management that it was necessary to partner with the unions to win back public trust and reverse their negative image.

In September 2009, France Télécom opened up negotiations with the unions on a series of social accords to address the problems behind the social crisis; the agreements related to breaks, holidays, and work life balance, including voluntary mobility, and a commitment to survey employees every 2-3 years on stress. Management then invested considerable resources and time in both implementing the accords and sustaining social dialogue over the following decade. According to managers, these new policies supported productivity improvements as well as reduced stress at work. An important motivation, however, was to prevent issues related to workers wellbeing from getting back into the media.

Eventually, France Télécom reversed its past practices focused on top-down restructuring and ‘management by stress’ and shifted from marginalising unions to engaging with them at multiple levels.

In recent years, trends of union disempowerment have been common to many European countries. The successful strategies enacted by France Télécom’s unions can be a useful reference for other unions seeking to effectively communicate – and address – workers’ grievances.

The France Télécom case also is a cautionary tale for companies, suggesting they should consider workers’ wellbeing when planning ambitious restructuring projects. Investing in social dialogue with unions can help to prevent not only a high human cost, but also damages to reputation and disruption for the business.

Elisa Pannini has recently obtained a PhD from LSE’s department of management. She teaches at LSE and her research interests include employment relations, unions, precarious work and labour market regulation.

Elisa Pannini has recently obtained a PhD from LSE's department of management. She teaches at LSE and her research interests include employment relations, unions, precarious work and labour market regulation.