What will the life of a post-COVID-19 remote worker look like? Imagine yourself as one of the army of white-collar workers now working from home. You wake up, help with family chores, then sit at your desk ready to work. As you open your laptop, an app connected to your company’s server asks you to log in and to switch on your webcam. Remote software takes a picture of you and your desktop. It will take screenshots of your workstation every 10 minutes. Another app will track your web browsing, online calls, social media posts, and even private messaging. This surveillance machinery is intended to provide you with the right incentives to maintain sufficiently high productivity: hours billed, lines of code written, videos produced. No slacking off while you work, while you’re watched.

Though the scenario we outlined may sound like dystopian fiction, such technologies are already in place. IT service companies have been developing tools for online workplace surveillance for years now. ActivTrak, InterGuard, Veriato 360, Teramind, WorkSmart, and Work Examiner are only a few examples of tools with capabilities ranging from basic monitoring of employees’ online activities to business intelligence reporting and data analytics to process employees’ data. In the pre-COVID-19 world these technologies were developed to tackle a phenomenon called “cyberloafing”, namely the propensity of employees to use email and the Internet for personal purposes while at work. Researchers have estimated that cyberloafing accounts for about 30% to 65% of Internet usage at work. The COVID-19 pandemic, and the related switch to work-from-home practices, have sharply increased the demand for such tools. Employers see these tools as a way to minimise waste in a shaky and uncertain economy. But will these tools reduce waste, or will they backfire?

Hidden benefits of abstaining from control

From the point of view of standard economic theory, intensive online workplace surveillance makes perfect sense. Economists have historically seen employer-employee interactions through the lens of principal-agent theory: where workers (agents) provide benefits to their boss or manager (a principal) for a wage. The theory assumes agents – workers like software engineers, teachers, or machine operators – care only about material payoffs (their wages and benefits) and that they are motivated purely by self-interest. The predictions of this theory are straightforward: the labour contract is incomplete in the sense that a broad range of actions (such as a worker’s effort), which are costly for the worker and beneficial for the employer, are hard to specify. Therefore, opportunistic employees will always have the incentive to shirk, unless another employee specialises as a monitor to check the worker’s performance. Before online work became the norm, such monitoring tasks were performed by mid-level managers, with inevitable “who monitors the monitor”-type issues. In the contemporary world of cyber-surveillance, the problem of monitoring is easily solved. Technology therefore offers a close substitute for mid-level monitor-managers, with potential large cost savings. Paying for software is cheaper than paying people to work as monitors.

But this conclusion relies on an outdated model of individual behaviour. A large body of empirical evidence developed over the last quarter century suggests that people have more complex motives than those posited by the standard self-interest model. Alongside material payoffs, people care about whether and to what extent their work is supervised by others, suggesting people value autonomy and dislike external control. People are also motivated by reciprocity and their beliefs about others’ intentions. If we take into account these complex motives, then our design of workplace surveillance systems – online or otherwise – should change considerably.

Considering control practices, social psychologists have long recognised that when people lack autonomy they lose intrinsic motivation and their workplace performance worsens. Behavioural economists have investigated whether reciprocity plays a similar role in the workplace. Reciprocity means that people reward kind actions and punish unkind ones even at a personal cost. Laboratory experiments have shown that reciprocally-motivated employees may interpret control by employers as a signal of distrust and respond by lowering, rather than increasing, their work effort. Neuroscientific studies have provided evidence suggesting that differences in control-averse behaviour can be explained by functional connectivity in brain regions commonly associated with attention reorientation and cognitive control. The latter are regions that often activate when subjects need to overcome conflicts in decisions.

We conducted a study that helps to disentangle the role of autonomy and reciprocity as drivers of control aversion. We designed an incentivised experiment in which an agent (employee) chooses a level of work effort, which is costly to him but beneficial to the principal (employer). Before effort is selected, a control device can be implemented that forces the employee to exert a minimum level of effort, that is, it prevents shirking. We compare two scenarios: one in which an employer exerts control directly and another in which a third party (who receives a fixed compensation independent of the employee’s effort) can control the worker. When either the employer or a third party decides to control, effort is similar. What changed were the employees’ reactions to employers and third parties deciding not to control. Employees reward trusting employers who abstain from control with trustworthy exertion of effort, rather than punishing controlling ones for their distrustful exertion of control. Employers may therefore trigger employees’ positive reciprocity and sustain their productivity not by exerting greater control, but by abstaining from it whenever they have the opportunity to do so.

Some experts expect a surge in home working in the post-pandemic world. Indeed, survey evidence not only shows a sudden increase in the incidence of remote work during the outbreak but also suggests remote work is expected to be the new normal.

It should come as no surprise, then, if we observe more intense debates around the protection of workers’ personal data and privacy, blurred boundaries between work and non-work, and expectations that workers be always available for workplace communication versus workers’ right to disconnect. In the post COVID-19 world, it will become even clearer that these emerging regulatory issues are new faces for an old problem – a new episode in the long dispute over the enforcement of labour discipline in capitalism.

While the continuous improvement in technical efficiency is an unquestionable hallmark of capitalist production, such technological choices have also been aimed at addressing the conflict of interest between firm owners and workers. Since the Industrial Revolution, capitalists’ inventiveness to use technology and job design to extract more effort and reduce workers’ discretion has known no limits. In the post COVID-19 world, investments in telecommuting technologies will offer a readily available turnkey solution for companies willing to move production online and retain the authority to monitor workers’ activity closely. Many factors affect the productivity of workers working from home. The relative importance of these factors is likely to vary across industries, occupations, and tasks. Recent research in behavioural economics emphasises a missing element of this debate. By succumbing to the temptation of policing teleworkers, employers may be signalling distrust and crowding out intrinsic motives to perform a good job. Employers who ignore these potential behavioural reactions to the implementation of intrusive control mechanisms may not only inflict harm on their employees’ dignity, but also undermine the goal of increased productivity itself.

Simon D. Halliday is an assistant professor of economics at Smith College, MA. He works in the behavioural economics of social preferences examining reciprocity, trust, and deception in the workplace, in rating systems, and in group interactions.  He also works in economics education and has a forthcoming textbook (with Samuel Bowles) Microeconomics: Competition, Conflict, and Coordination. See his website for further details: simondhalliday.com.

Fabio Landini is an associate professor in economic policy at the University of Parma and an affiliate at ICRIOS-Bocconi University. His main areas of research include industrial dynamics, economics of innovation, organisational and behavioural economics, institutional economics. See Fabio’s website for further information: https://fabiolandini.com/ 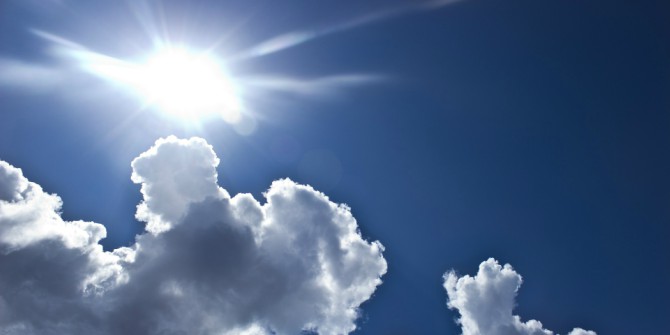 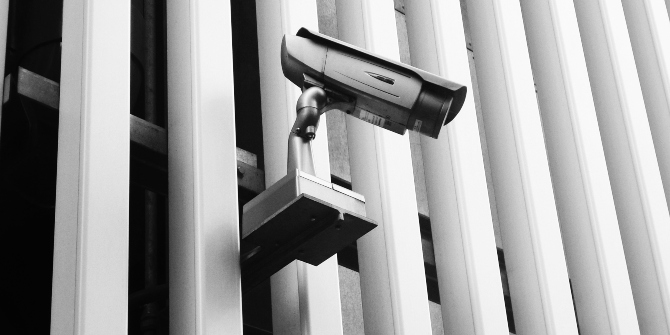 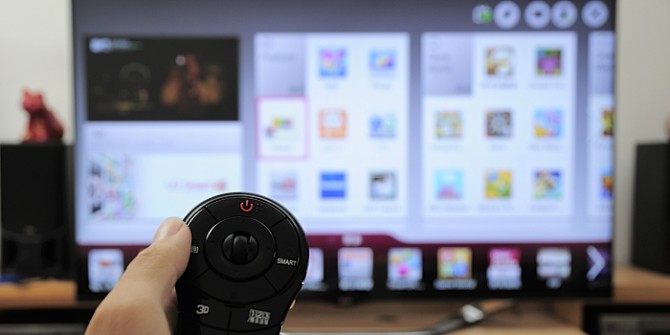