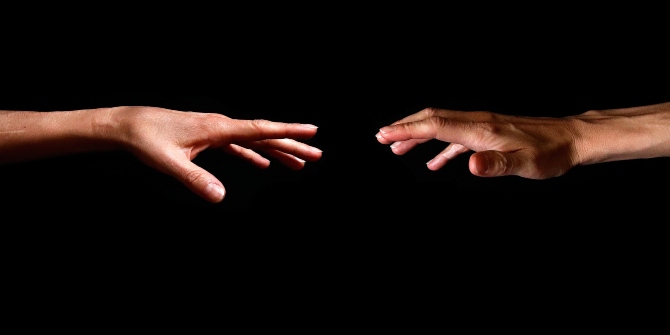 A 2010 study at the University of North Carolina at Chapel Hill found that participants were more likely to cheat on a self-graded anagram test, where each correct answer earned subjects a monetary reward, if the room where they took the exam was made slightly darker. Studies like this are part of a body of evidence that some have used to cast doubt on the robustness of our character. This doubt applies to both everyday conceptions of character, as well as sophisticated philosophical accounts of character in the virtue ethical tradition (e.g., Aristotle’s Nicomachean Ethics).

Research into the content and development of character has also played an important part in the field of business ethics. While abstract moral principles, codes of ethics, and detailed employee handbooks are a standard part of ethics education in the workplace, a significant number of business ethicists also encourage a developmental, character-based approach.

A character-based approach to business ethics aims to develop particular character or personality traits thought to be amenable to good business practices. Such traits are a common part of ethical parlance, including honesty, courage, and empathy. But more specific to the business world, additional traits such as those related to negotiation, competitiveness, and even “grit” have found their way into the ethical lexicon. Part of the interest in a character-based approach is that, for many day-to-day activities, while disagreement about best practices abound, general expectations are not a great mystery to all those involved. What we see lacking in unethical business dealings, scandals, and employee mistreatment is not so much confusion as to what the right thing to do is, but rather a lack of motivation to actually do the right thing. Developing certain character traits, at least for business practices, is thought to provide an answer to this motivational problem.

Hiring people with good character and developing certain character traits is a laudable goal. But beyond the general difficulty of character development (let alone finding people of virtuous character), experimental results like the one cited above have generated significant scepticism as to how accurate our common-sense and formal understanding of moral character actually is. In particular, the main issue is how easily our behaviour can be pushed around due to features of situations that seem wholly irrelevant to moral behaviour. The list of experimental results is vast and fascinating, so I highlight only a couple more surprising results. Immoral orders are much more likely to be followed when delivered in person rather than over the phone, and priming people with certain words or phrases can significantly increase dismissive and disrespectful behaviour.

What I cannot stress enough here is that what is at issue is not that people sometimes behave badly or contrary to their characters. Occasional lapses in behaviour generally surprise no one. The issue is that the difference between someone acting in a way consistent with an at least passable moral character can be something as seemingly insignificant as whether they are wearing sunglasses. No one should expect to hire or develop perfectly virtuous people in their business. And no proponent of a character-based business ethic that I am aware of suggests as such. But it is worrisome for character-based approaches that even low stakes behavioural expectations can be derailed or disrupted so easily.

This intersection between empirical psychology and moral philosophy and its ramifications for character-based approaches to ethics has fuelled decades of debates and discussion with little end in sight. But I contend that there is a specific and unique challenge to character-based approaches to business ethics that threatens its potential solution to the motivational problem I mentioned earlier. One does not need to look too deeply into the vast business ethics literature to see at least some focus on actual, tangible results being the measure of success or failure for ethics education and development. A focus on results is, of course, not unique to business ethics, but it does not always have the prominence that it does in other character-based traditions. For example, Aristotelian approaches stress the importance of character and virtue in shaping how we perceive, interpret, deliberate, and feel (to name only a few aspects) about morally charged circumstances. While such considerations play a part in character-based approaches to business ethics, the business ethics literature indicates a somewhat reduced importance when compared to more tangible behavioural results. And it is exactly these behavioural results that appear the most vulnerable to subtle disruptions.

Despite my criticism of some character-based approaches, I believe such approaches will continue to play an important role in ethical thought. In industries where highly specialised skillsets are required, there is sometimes only a relatively small community of individuals who understand the full scope of related ethical problems (to say nothing of their solutions). Accordingly, there is an even greater need for people to perceive, deliberate, and act in virtuous ways when there are so few people who can competently look over their shoulder. And a well-developed and empirically supported character may be one of our best answers to this issue.

Joseph Spino is the McNeil assistant professor of applied ethics at Le Moyne College. He received his PhD from the University of Illinois at Urbana-Champaign. His research is located at the intersection of applied ethics and moral psychology.

Joseph Spino is the McNeil assistant professor of applied ethics at Le Moyne College. He received his PhD from the University of Illinois at Urbana-Champaign. His research is located at the intersection of applied ethics and moral psychology.