One of the most dramatic changes in the world economy over the past half century has been the emergence of China as a major force in world trade. A central question in international economics is the implications of such economic growth for the income and welfare of trade partners. A related question in political economy is the extent to which these large-scale changes in relative economic size necessarily involve heightened political tension and realignments in the international balance of power. (See here and here)

In Kleinman, Liu and Redding (2020), we provide new theory and evidence on both of these questions by developing bilateral “friends” and “enemies” measures of countries’ income and welfare exposure to foreign productivity shocks that can be computed using only observed trade data. We show that these measures are exact for small productivity shocks in the leading class of international trade models characterised by a constant trade elasticity. For large productivity shocks, we characterise the quality of the approximation in terms of the properties of the observed trade data, and show that for the magnitude of the productivity shocks implied by the observed data, our exposure measures are almost visibly indistinguishable from the predictions of the full non-linear solution of the model. Our approach admits a large number of extensions and generalisations, including multiple sectors, input-output linkages and economic geography (factor mobility).

Our research contributes to the recent revolution in international trade of the development of quantitative trade models following Eaton and Kortum (2002) and Arkolakis, Costinot and Rodriguez-Clare (2012). An important advantage of these quantitative models is that they are rich enough to capture first-order features of the data, such as a gravity equation for bilateral trade, and yet remain sufficiently tractable as to be amenable to counterfactual analysis, with a small number of structural parameters. A major challenge is that these models are highly non-linear, which can make it difficult to understand the economic explanations for quantitative findings for particular countries or industries. A key contribution of our bilateral friends-and-enemies measures is to allow researchers to connect quantitative results to the central underlying economic mechanisms in the model: the cross-substitution effect, where an increase in the competitiveness of a foreign country leads consumers in all markets to substitute away from all other nations; a market-size effect, where an increase in income in foreign markets raises demand for all nations’ goods; and a cost-of-living effect, where an increase in the competitiveness of a country’s goods reduces the cost of living in all countries. As our linearisation uses standard matrix inversion techniques, we find that it is around 70,000 faster than solving the full non-linear solution of the model. Therefore, our methods are well suited to applications where large numbers of counterfactuals are required, and facilitate comparisons of these counterfactuals across alternative quantitative frameworks, such as our single-sector, multi-sector and input-output models.

Our main empirical contribution is to use our friends-and-enemies exposure measures to examine the global incidence of productivity growth in each country on income and welfare in more than 140 countries over more than forty years from 1970-2012. We find a substantial and statistically significant increase in both the mean and dispersion of welfare exposure to foreign productivity shocks over our sample period, consistent with increasing globalisation enhancing countries’ economic dependence on one another. We find that productivity growth in most countries raises their own income compared to world GDP and reduces the income of most (but not all) other countries compared to world GDP. Even compared to a weighted average of OECD countries, we find that Chinese productivity growth has an increasingly large negative effect on US relative income. Nevertheless, once changes in the cost of living are taken into account, this Chinese productivity growth has an increasingly large positive effect on aggregate US welfare.

At the beginning of our sample period in 1970, the global network of welfare exposure is dominated by the U.S., Germany and other western industrialised countries (top-left panel). Moving forward to 1985, we see the emergence of Japan and a cluster of newly industrialised countries (NICs) in Asia, and we observe western Europe increasingly emerging as a separate cluster of interdependent nations. By the time we reach 2000, the separate clusters of countries in Asia and Western Europe become even more apparent, with China beginning to displace Japan at the centre of the Asian cluster. By the end of our sample period in 2012, China replaces the U.S. at the centre of the global network of welfare exposure, with the US more tightly connected to China and other Asian countries than to the cluster of western European countries.

Figure 1. The bilateral network of welfare exposure for the 50 largest countries by gross domestic product (GDP), 1970-2012 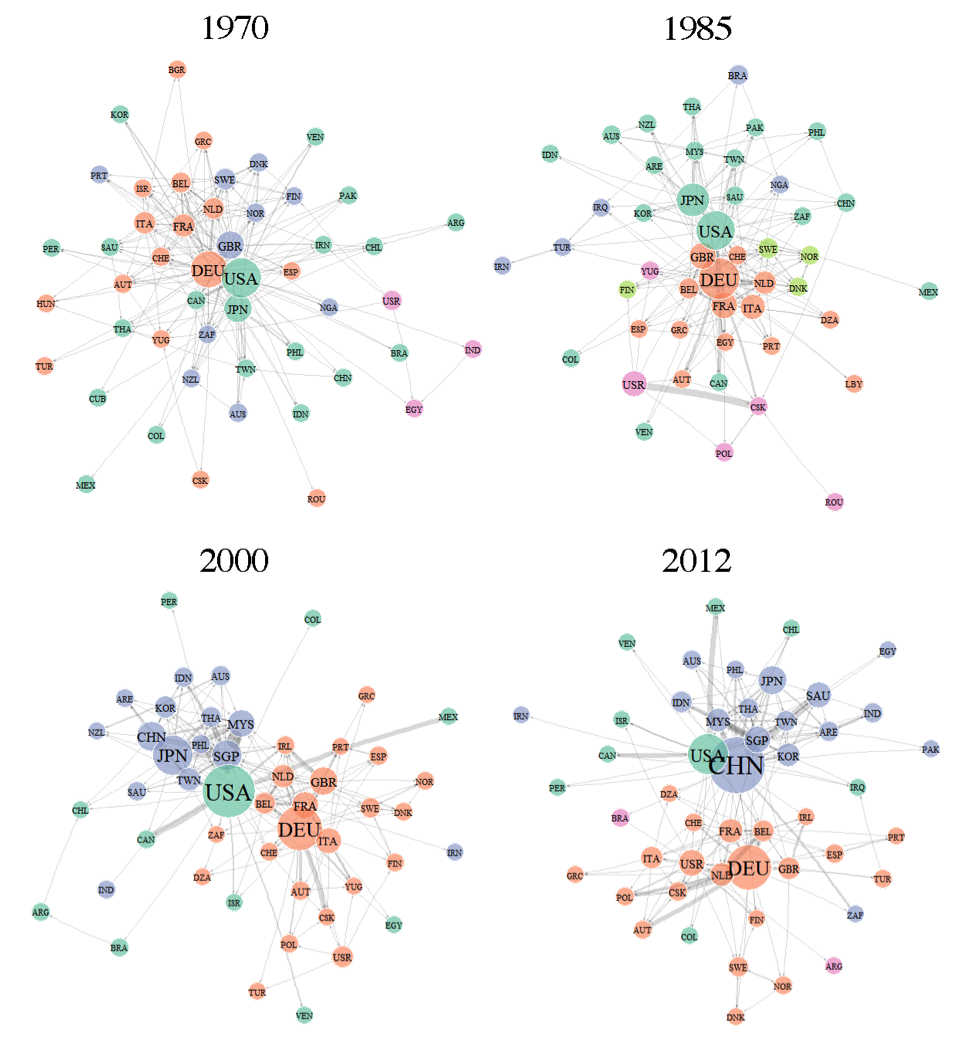 We compare our friends-and-enemies exposure measures in our baseline model with a single sector to those in models with multiple sectors and input-output linkages. Although there is a strong correlation between the predictions of all three models, we find that introducing both sectoral comparative advantage and production networks has quantitatively relevant effects on bilateral income and welfare exposure for individual pairs of exporters and importers. Additionally, both the multiple-sector and input-output models yield additional disaggregated sector-level predictions, in which even foreign productivity growth that is common across sectors can have heterogeneous effects across individual industries in trade partners, depending on the extent to which countries compete with one another in sectoral output markets versus source intermediate inputs from one another.

Comparing these sector-level predictions for the impact of Chinese productivity growth, we find some marked differences across countries. For nearby Southeast Asian countries, the sectors that benefit most include the electrical, medical and office sectors, consistent with input-output linkages between related sectors through global value chains in ‘Factory Asia’ (see the top panel of Figure 2). However, for the resource-rich emerging economies, the sectors that benefit most include the mining, agricultural and basic metals sectors, consistent with a form of “Dutch disease,” in which the growth of resource-intensive sectors propelled by Chinese demand competes away factors of production from less resource-intensive sectors (see the ­­­bottom panel of Figure 2).

We use our friends-and-enemies exposure measures to provide new evidence on a political economy debate about the extent to which increased economic rivalry between nations necessarily involves heightened political tension. A number of scholars have drawn parallels between the current China-US tensions and earlier historical episodes, such as the confrontation between Germany and Great Britain around the turn of the twentieth century, and the rise of Athens that instilled fear in Sparta that itself made war more likely (the Thucydides Trap). On the one hand, there are good reasons to be skeptical about this essentially mercantilist view of the world, because a key insight from trade theory is that trade between countries is not zero-sum. On the other hand, it remains possible that the extent to which countries have shared economic interests is predictive of their political alignment. Consistent with this view, we find that as countries become less economically friendly in terms of the welfare effects of their productivity growth, they also become less politically friendly in terms of their foreign policy stances, as measured by United Nations voting patterns and strategic rivalries.

Benny Kleinman is an economics PhD candidate at Princeton University.

Ernest Liu is an assistant professor at the Bendheim Center for Finance at Princeton’s department of economics. His research interests are in finance, trade, growth, and macro-development.

Stephen Redding is Harold T. Shapiro ’64 professor in economics at Princeton University. He is an associate in the trade programme at LSE’s CEP and director of NBER‘s international trade and investment programme, and is affiliated with a number of other institutions. His research interests include productivity growth at the firm and industry level, international trade and economic geography.

Benny Kleinman is an economics PhD candidate at Princeton University.

Ernest Liu is an assistant professor at the Bendheim Center for Finance at Princeton's department of economics. His research interests are in finance, trade, growth, and macro-development.

Stephen Redding is Harold T. Shapiro*64 professor in economics at Princeton University. He is an associate in the trade programme at LSE's CEP and director of NBER's international trade and investment programme, and is affiliated with a number of other institutions. His research interests include productivity growth at the firm and industry level, international trade and economic geography. 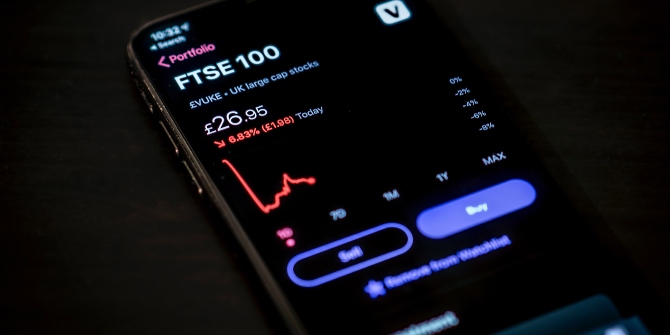 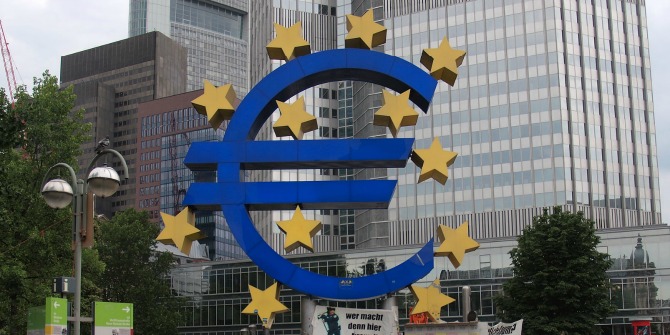 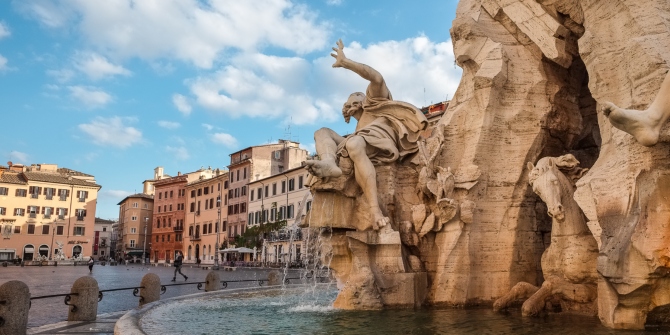