Since Keynes, the benefits associated to countercyclical fiscal policies have been recognised by the greater part of the economics community. Indeed, the global financial crisis and, especially, the current COVID-19 crisis saw massive increases in public debt in order to support households and firms’ viability while getting the economy back in gear.

In particular, several papers have studied the effects of public debt on households’ financial conditions. One shows that a higher level of debt puts an upward pressure on the interest rate that makes bonds more convenient to hold for households, implicitly loosening their financial conditions. On the other hand, higher interest rates make borrowing more costly, possibly generating a tightening of the credit market. For example, Figure 1 documents a negative correlation between the uncollateralised household credit limit and the interest rate on credit card plans over the 2000s in the US, which implies that increases in the interest rate are associated with a tightening of this limit. Similar evidence emerges on the side of firms: government debt affects corporate investment by tightening the credit constraints faced by the firms themselves.

Figure 1. Household credit limit and interest rates over time in US 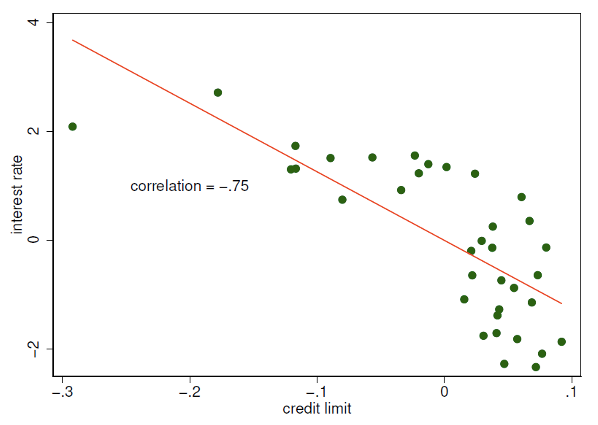 Notes and Sources: The figure is taken from Antunes and Ercolani (2020). Each point of the plot represents the value of the credit limit and the interest rate in a given quarter, over the period 1999q1–2007q4. The credit limit is taken from Fulford (2015). The interest rate is the rate charged by commercial banks on credit card plans taken from the FRED database. The two series are made real and demeaned. The reported Pearson’s correlation coefficient between the two variables is significant at 1%. The straight line represents a linear fit to the two variables.

In a recent article, we investigate how and by how much public debt expansions, financing either transfers to households or purchases of goods and services, influences the position of the household credit limit. We also study the implications of this mechanism for the effects of fiscal policies. We do this within a macroeconomic model that reproduces salient characteristics of the US household sector in terms of individual productivity and wealth distribution and where the credit limit depends on the evolution of the economy. Agents dislike having a net asset position too close to the credit limit, a situation where smoothing consumption over time is difficult. Hence, they make (precautionary) saving in order to be as distant as possible to such limit.

In the case of debt-financed government purchases, we simulate an increase that resembles that of the American Recovery and Reinvestment Act. On impact, the stimulus amounts to around 0.3% of output, reaching its maximum (around 0.8% of output) after 6–7 quarters, and slowly decaying afterwards. The increase of taxes to finance the stimulus is spread out over a long period of time. Hence, the implied increase in public debt is persistent and puts an upward pressure on the interest rate, which makes borrowing more costly. It also shrinks the maximum quantity that households can borrow. In the simulation the credit limit becomes tighter by roughly 1 per cent of output during the first five years (see Figure 2).

Because of the tightening, constrained agents – the very poor – are forced to deleverage. At the same time, unconstrained agents – say, middle-class and rich households – realise that, all else equal, their asset position will be closer to the borrowing limit, increasing their probability of becoming constrained in the future. This reinforces their precautionary saving motive. Eventually, the tightening makes desired saving rise while credit and consumption go down. Over a five-year horizon, an average of 20% of the fall in credit is explained by the tightening alone.

Figure 2. The tightening of a fiscal stimulus 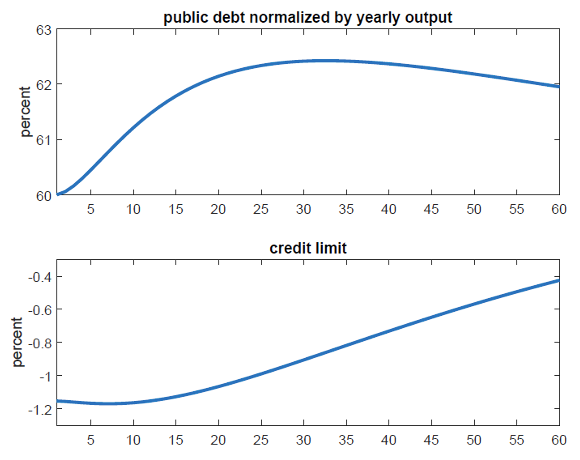 Notes and Sources: These dynamics are simulations extracted from Antunes and Ercolani (2020). The credit limit is expressed in deviation from the steady-state level normalised by output. The x-axes are in quarters.

As for output, the typical positive reaction to a fiscal stimulus is further reinforced within our framework. This is because both constrained and unconstrained agents tend to supply more work due to the tightening. We recognise this effect can be due to the simple setup of our model; in fact, in other frameworks a tightening could generate a drop in employment that can mitigate the above-mentioned positive output reaction.

There are other channels through which fiscal stimuli could foster credit. In particular, a recent article finds that purchases of US military spending at the local level can ease local credit markets in US cities through the provision of liquidity and lower interest rates. This channel adds to ours in the sense that the financing needs for the public debt expansions are always present.

We believe our results are relevant for the current conjuncture. Despite the fact that we are living through a period of low interest rates, it is possible that the recent surge of public debt could generate upward pressures on interest rates. And, as we saw, these pressures can contribute to tighten the credit constraint of households and firms. These concerns suggest a role for central banks in continuing to support lending to the economy.

Authors’ disclaimer: The views expressed here are those of the authors and do not necessarily represent those of Banco de Portugal, Bank of Italy or the Eurosystem.

António Antunes holds a degree in telecommunications engineering from Instituto Superior Técnico, Portugal, and a PhD in economics from Nova SBE, Portugal. Since 2002 he has worked at Banco de Portugal’s economics and research department, where he currently serves as deputy head. He has been a member of the Monetary Policy Committee of the ECB since 2014. António’s research interests include empirical and quantitative macro and financial intermediation. His research has been published widely.

António Antunes holds a degree in telecommunications engineering from Instituto Superior Técnico, Portugal, and a PhD in economics from Nova SBE, Portugal. Since 2002 he has worked at Banco de Portugal’s economics and research department, where he currently serves as deputy head. He has been a member of the Monetary Policy Committee of the ECB since 2014. António’s research interests include empirical and quantitative macro and financial intermediation. His research has been published widely. 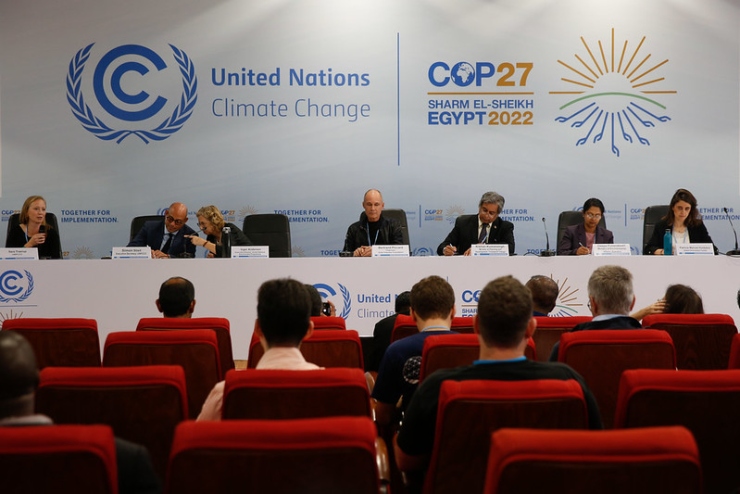 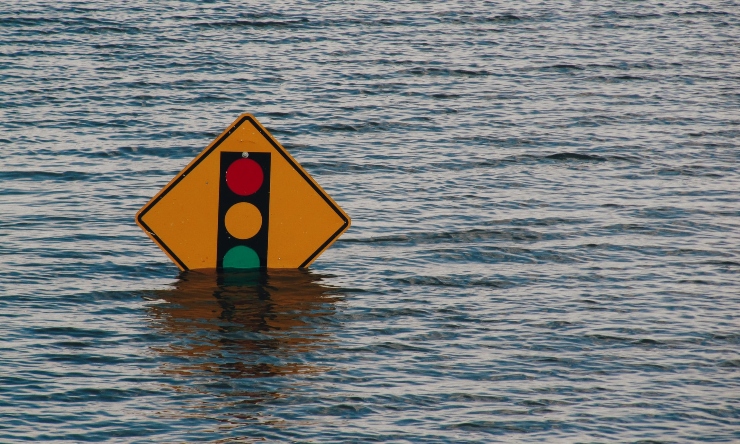 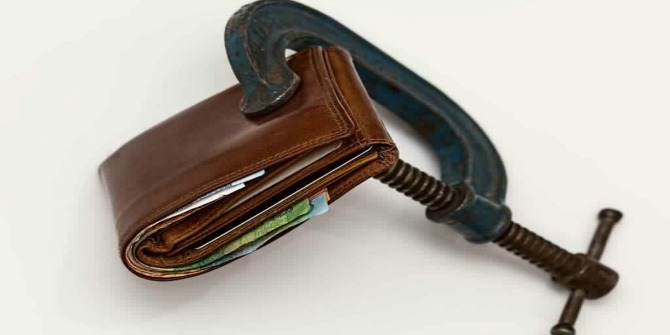