The data in the World Bank’s Women, Business and the Law 2021 report show that gendered laws have been improving in a number of countries in the Middle East, and North and Sub-Saharan Africa in recent years. Simeon Djankov and Eva (Yiwen) Zhang write that lessons from the success of early crisis response measures to reduce the gender gap in labour force participation can serve to inform future recovery programs, and in a possible situation of a chronic pandemic, accelerating the drive towards legal gender equality is all the more needed.

Legal gender equality remains elusive in much of the world. On average, women today have just three-quarters of the legal rights afforded to men. Only ten countries, nearly all in Europe—Belgium, Canada, Denmark, France, Iceland, Ireland, Latvia, Luxembourg, Portugal, and Sweden—have a full score on the World Bank’s Women, Business and the Law 2021 index. Much remains to be done to achieve more equal laws, which are associated with a narrower gender gap in labour force participation and income.

Women, Business and the Law 2021 specifies a list of reforming governments, taking into account the previous standing of the country (figure 1). Two patterns stand out in the latest data. First, governments in the Middle East and North Africa have made the biggest progress in the area of gendered laws over the past year. In fact, four out of the top five reformers are from the region (the United Arab Emirates, Bahrain, Jordan and Saudi Arabia). West Africa is also showing momentum, with Sierra Leone, Senegal and Benin among the top-15 reformers. Second, progress on promoting gendered laws in large parts of Africa, for example in southern Africa, has stalled. Progress in Asia is also waning. 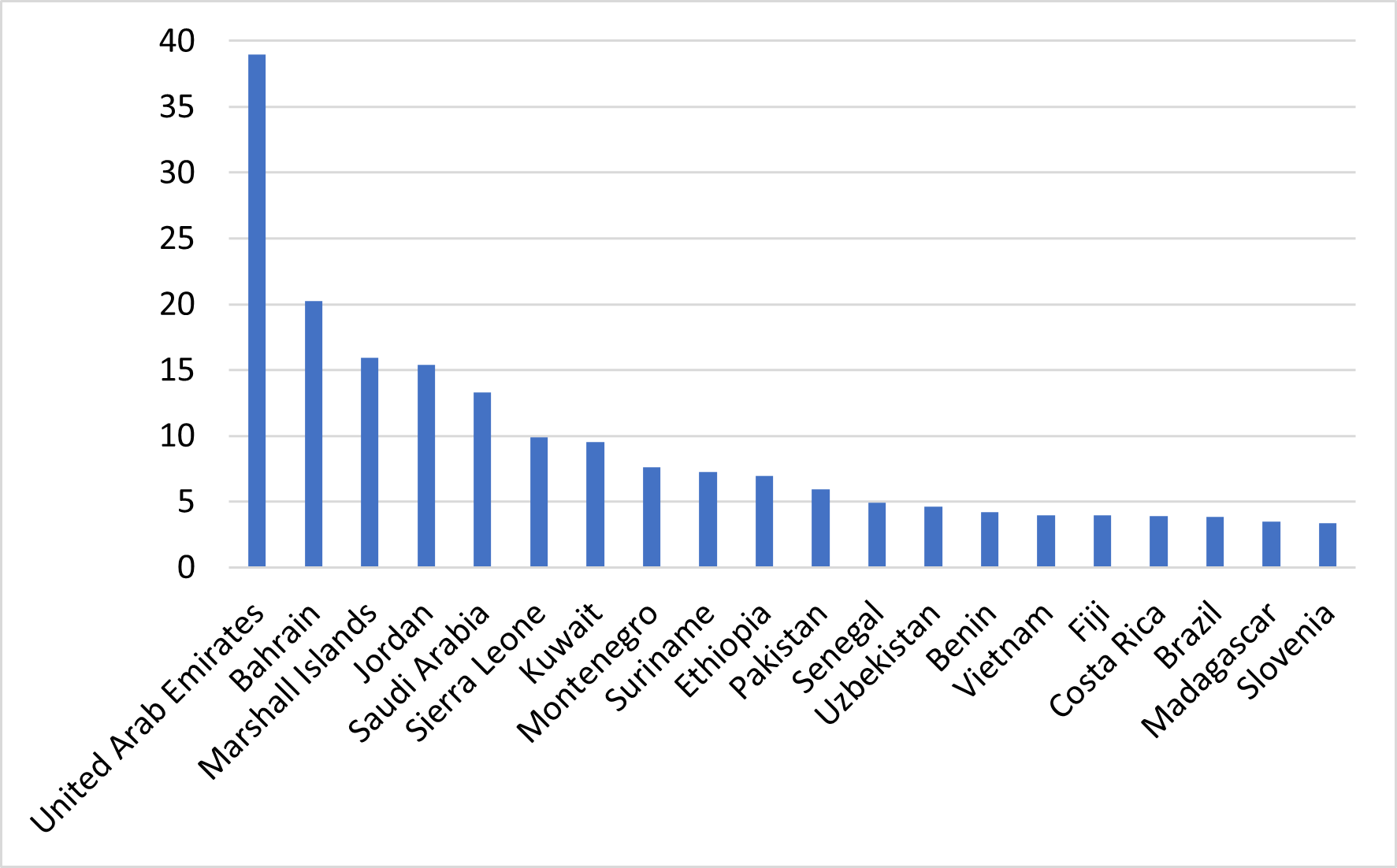 Figure 2 documents the improvement by region over a half-century time horizon, since 1970. The improvement in gendered laws in the Middle East and North Africa in recent years are perceptible. Sub-Saharan Africa, led by several West African countries, Ethiopia, Madagascar and Rwanda is also improving the legal opportunities for women in the workplace, and has caught up on average with East Asia. 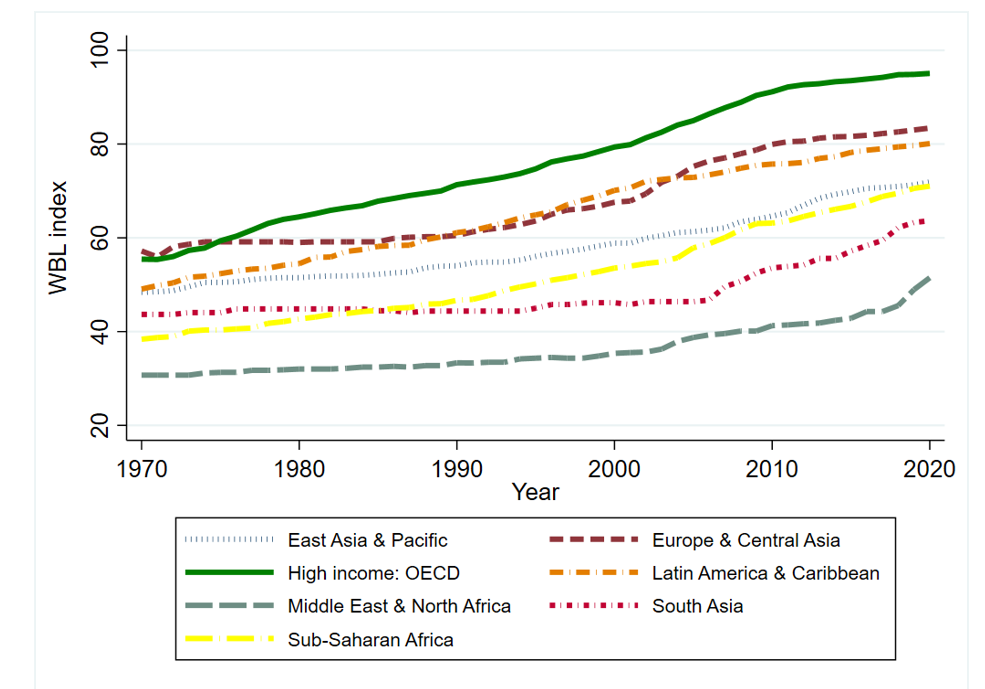 New challenges emerge. Evidence is now being compiled that the pandemic has worsened the gender gap in labour force participation. Using US employment data, researchers have identified two main channels through which COVID-19 has expanded the gender gap in employment. The first is the occupation channel. Unlike in past recessions that concentrated joblessness in sectors largely employing men, the COVID plague has inflicted disproportionate damage on sectors that employ women intensively, such as retail stores, restaurants, and the hotel and hospitality business. The second channel of reduced labour supply by women is the childcare channel, whereby the extra caregiving responsibilities brought about by school and childcare closures fell disproportionately on working mothers’ shoulders.

Previous research suggests that it takes significant time to reintegrate women in the labour force once they are out of work—a compelling reason why governments should pursue policies that ensure job retention during the crisis. Several policy measures appear to mitigate the gender gap across countries. These should be subjected to rigorous analysis and disseminated widely. Lessons from the success of early crisis response measures to reduce the gender gap in labour force participation can serve to inform future recovery programs. In a possible situation of a chronic pandemic, accelerating the drive towards legal gender equality is all the more needed.

Nisha Arekapudi on the Women, Business and the Law 2021 report:

Eva (Yiwen) Zhang is the research statistician and quality control coordinator at the Peterson Institute for International Economics ensuring that data and models flowing through the Institute meet rigorous standards of replicability. Her expertise is in econometric modelling.

Posted In: Diversity and Inclusion | Economics and Finance | LSE Authors 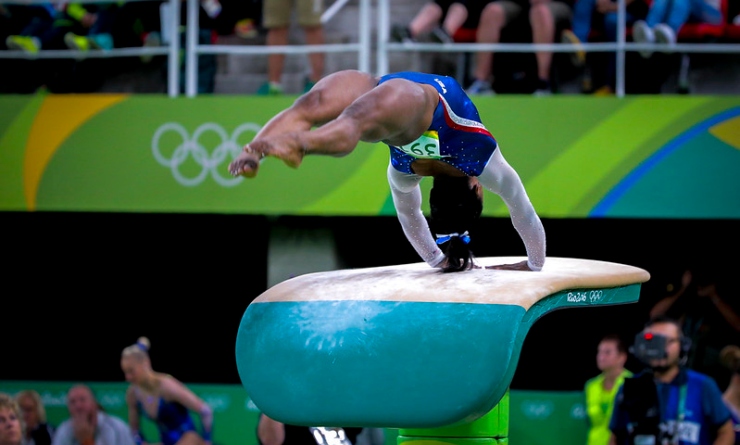 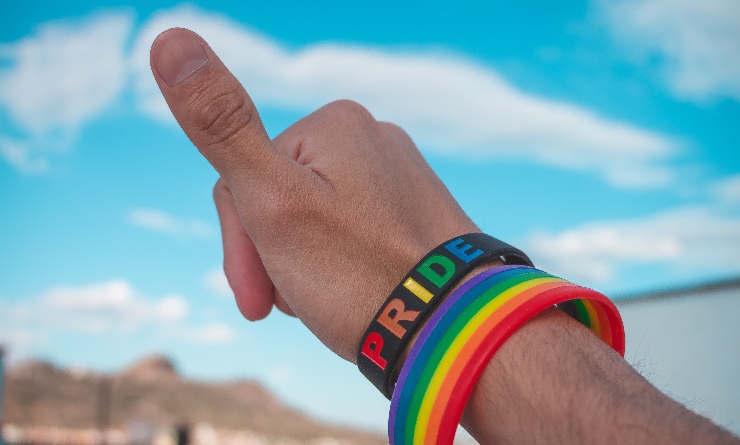 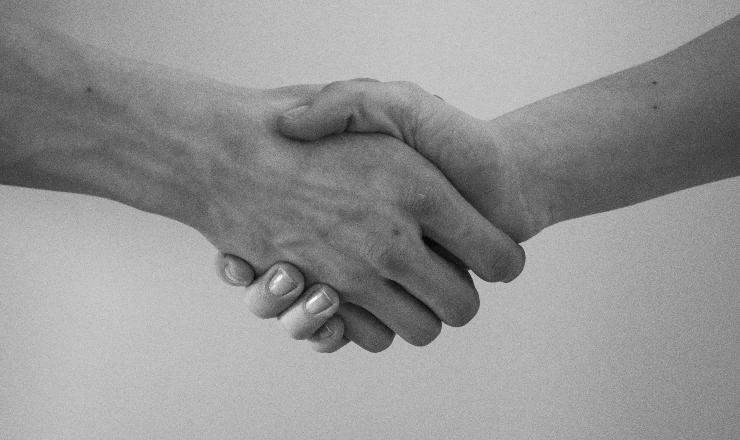