Black people are habitually exposed to harmful discourse, even by those who by all other intents and purposes are anti-racist. Odessa Hamilton developed an informal online poll to hear from black people the kinds of comments they have heard first-hand from non-blacks. She captured 101 distinct comments and here presents the 50 most heinous or recurring ones. She says that, although painful on both sides, honest conversations are necessary.

We seldom speak of how segregation in Britain (geographically, but also apropos social structures, and a curriculum that emphasises Eurocentric ideals as normative) develops into cultural ignorance. An ignorance that can restrict authentic and respectful relationships between black and non-black individuals. It can create an embarrassment and a discomfort in interactions that may cause hurt, offense, or just an utter confusion over the legitimacy of the question, and whether it stems from a sincere place of unknowing or is fully intended as a racial slur.

The putative prevalence of this issue spurred me to create an informal 12-hour online poll to quantify and qualify the experiences of a small, yet diverse selection of black people in Britain. Contributors were male and female professionals, aged 22-60, middle or working class, of an African American, Caribbean, Latinx, or East, West or South African heritage. Eligible responses were first-hand; made by non-black individuals. Results included 101 unique entries; omitting those of an explicit nature. For brevity, we report the 50 most staggering.

While I initially chuckled at some of the shared experiences, my reaction ultimately reflected an internal discomfort at their sheer absurdity, and the demonstrated oblivion to true experiences of black people in Britain. Surprisingly, despite discernible racial undertones, many contributors added that much of what was said came from the most unexpected people; who, by all other intents and purposes, were educated, kind, and even actively anti-racist. There was also evidence of message assimilation, echoing content from major media outlets and scientific discourse about societal inequalities.

Overall, contributors shared a difficultly in addressing this manner of discourse composed and straight faced, since they appeared bizarrely innocent, or were intended comically, and yet were wildly strange and grossly ill-informed. This epitomises the common misconception that people have to be racist to say or do racist things. Further, offensive comments are hard to address without causing offense to the original offender, and so often, the gravity of the situation goes unnoticed, and inappropriate comments persist.

Although some tropes may resonate with other ethnic communities, this is a small step toward making clear what things are not appropriate to say to black people (even in satire). Irrespective of race, most will have the human capacity to appreciate the absurdity, and, to some degree, the farcicality of this terrain of insults that black people are forced to traverse. Some readers may be alarmed by what is yet to come, so take a deep breath, relax… then imagine living it daily!

4. Can I touch your hair? (OR they lunge in without asking).

5. You’re so lucky to have a natural tan.

7. You’re not black, you must be mixed with something, because you’re so light-skinned.

9. You speak so articulately.

11. Who taught you how to speak English?

13. Wow, you got into Oxford, were you a diversity candidate?

15. Are you first in your family to be educated?

18. We can’t attract or keep black employees, it’s like they don’t wanna work.

19.  I’m SO sorry, I didn’t think you worked here (after calling security).

21. I love your hair straight; it looks so much more professional.

22. How do you make your money? (I work like everyone else).

23. We’ll address it, but just be careful not to play the ‘Race Card’ (after reporting a racial incident).

26. You must be struggling through COVID (responding to inequality statistics).

28. Are you from Africa or Jamaica?

29. You’re a good mix (like a cockerpoo or labradoodle).

31. Where are you really from?

32. Can black people really be Muslim?

34. Can we just use your initials?

35. That smells funny… What are you eating?

37. (Siobhan, Saoirse and Leigh get to keep their names but…) Your name is too hard to pronounce, so I’m going to call you X (typically a Westernised adaptation).

40. Have you been to jail, even for a little while?

41. What colour is your blood?

44. I’m sorry for my ancestors (when you just wanted a coffee).

46. What’s happening in Africa? (I’m not a newscaster)

47. I’ve always wondered what it would be like in black skin.

50. Why do “black Lives Matter” – don’t all lives matter? (Are all lives undervalued?)

Having made it through to the end – mostly unscathed – try to unravel those comments from egregiously racist slurs. It is uncomfortable and not straightforward. There is no expectation of an espousal of views, but rather an attunement to these common experiences, as we take preliminary steps toward honest and respectful dialogues that challenge such benighted messaging.

Posted In: Career and Success | Diversity and Inclusion | LSE Authors 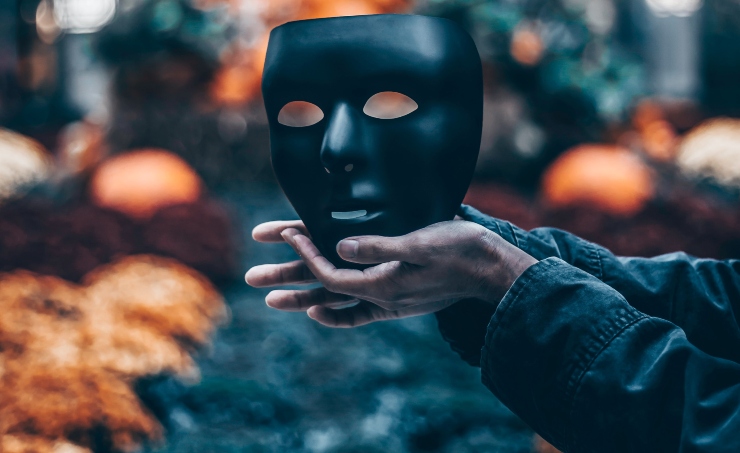