The prevalent view is that COVID lockdowns have severely harmed entrepreneurship, but have they? Gorgi Krlev, Katharina Scheidgen, Franziska Günzel-Jensen, Miriam Wolf, and Ali Aslan Gümüsay write that physical distancing created new digital spaces and led to unconventional ways of integrating new people, new products, and new purpose into entrepreneurship. They observed instances in which entrepreneurs opened their mind in fundamental ways to provide services which deviated clearly from their original mission.

The prevalent view is that the lockdowns and physical distancing imposed by governments to mitigate the spread of COVID-19 have caused entrepreneurial lock-in. Our recent study from Germany, however, reveals a hidden facet: while physical distancing imposed comprehensive constraints on entrepreneurial activities, it also opened up new opportunities. For example, the wish of individuals to help during the crisis, combined with confined room for individual leisure activities prompted unprecedented levels of volunteer engagement by highly skilled professionals in developing solutions to the crisis. This was aided by the fact that social innovation and digitisation—formerly treated as policy’s foster children—experienced a huge push in attention from policymakers.

Within this context, we analysed how 95 entrepreneurial ventures in Germany developed digital social innovations during physical distancing and studied ten of them more deeply. Some of these ventures emerged from the government-sponsored open social innovation hackathon #WirVsVirus, others independent of it. We identified three counterintuitive mechanisms by which physical distancing, rather than restricting entrepreneurship, set it free. Physical distancing, by creating new digital spaces, opened the hands, heart and minds of entrepreneurs. These three mechanisms led to unconventional ways of integrating new people, new products, and new purpose into entrepreneurship.

Becoming active when others are hesitant, mobilising resources, and improvising are key activities of entrepreneurs. In recent years, the narrow focus on the entrepreneur as a pro-active individual has shifted towards seeing entrepreneurship as a collaborative process. Our analysis shows how the crisis made entrepreneurs open their hands much more widely than such previous concepts suggest, to embrace collaboration with virtual strangers (in the dual sense of the word), or stakeholders who normally would not engage jointly.

Cooperation instead of competition became the driving force of entrepreneurial action during physical distancing. The above mentioned #WirVsVirus hackathon proved a great tool to spur such cooperation. Emma, the founder of DigiSupply, a platform to redistribute workforces across industries, for example, said: “we felt it was very clear in the community that we needed to pool our resources and tackle the challenges collectively”. Others went further than joining forces temporarily and founded ventures with people they had barely met before, and never physically, only online.

A good example of venturing between such “virtual strangers” is Aponta. The organisation built a platform to match blood banks with people who had recovered from COVID-19 to maintain a critical supply of blood donations. Our interviewees stressed that the success of Aponta depended on combining the unique skills of different entrepreneurs, who had had no point of contact at all before the hackathon.

New online spaces for exchange and collaboration did not only bring entrepreneurs closer together. They also tied in many other stakeholders, such as corporates, welfare providers, and policy makers, who had had no track record of engaging with entrepreneurs. A start-up called Lawacy, which developed an app for employees to request short-time allowances from the government, became champions in collaborating across domains and acquiring resources from unlikely partners such as communication agencies to promote the service, or lawyers and public officials that helped the venture decode German labour law regulations for their target group.

When ventures are founded to pursue social goals, we typically assume that the entrepreneur, due to her personality, engages in venturing for others with heart and hand. Compassion and a personal history with a social problem are seen as drivers of such types of venturing. Social entrepreneurs are considered a rare breed due to this trait. Our findings instead suggest that pro-social turns are possible in commercially oriented entrepreneurs.

Instances of entrepreneurs opening their hearts become more likely when pressures grow or when a shift in context creates a new sense of urgency. For example, physical distancing created problems for farmers in harvesting asparagus, strawberry, and other food crops due to closed borders and travel bans for foreign workers. This situation prompted individuals to become active. Lias, one of the founders of Digitalax said: “We saw that there was a huge problem, and we knew what we could do to solve it with our concept. Somebody had to do something!”. Lias and his friends developed a digital platform to broker connections between domestic farmers and workers from different industries to ensure essential food harvesting could continue. Interestingly, several of the entrepreneurs expressed that their urge to become active preceded an altruistic motivation. Brian, cofounder of Oritero, a venture that developed a digital service to enable interactions between at-risk-youth and their social workers, said: “I was first motivated by the feeling of ‘finally there’s some action’ […] but after a while I felt like ‘wow, I’m doing something that actually helps other people!’”.

A lot has been said about how organisations had to intensify their efforts of pivoting during the pandemic. Many acts of pivoting we have seen, however, were spontaneous and short-lived reactions or represented variations on the core business model. In our study instead, we observed instances where entrepreneurs opened their mind in more fundamental ways to provide services which deviated clearly from their original mission.

A striking example is Lyreda, an organisation that had developed an event reservation service not long before the pandemic. Because physical distancing made the service largely redundant, the entrepreneurs had to radically rethink what alternative services they could provide. Lara, one of the founders said: “We didn’t plan to change the industry eight months after launching our business. It was more like: ‘Okay, what are we going to do now?!’”. The team decided to shift their model towards coordinating medical appointments for patients. Thereby they did not only help mitigate congestion in waiting rooms and the associated risk of infections but provided a service that could enhance efficiency of the logistics in medical practice after the pandemic.

Another venture called Webonza, which originally provided continuing education workshops for life-long learning, did not only decide to digitalise those former in-person events. It also extended their offer by establishing a new online service to provide medical online consultations and Q&A sessions, during which medical professionals gave advice to the public on how to behave during the evolving pandemic.

These radical shifts in strategy were not only motivated by entrepreneurs’ wish to strengthen their venture, but also to extend its societal impact. They are instances of embracing the adjacent possible, which Stephen Johnson, author of “Where good ideas come from” defines as a kind of shadow future “hovering on the edges of the present state of things, a map of all the ways in which the present can reinvent itself”. By making human in-person interaction impossible, physical distancing accelerated the urge to embrace this adjacent possible within the digital arena to bring previous expertise to fruition in fundamentally new ways.

Our findings do not only challenge assumptions about the effects of crises on entrepreneurship but have important implications for how ventures could better tackle other grand challenges of our time.

First, in order to enable the breakthrough collaboration demanded by the World Economic Forum, executives and entrepreneurs need to create more spaces, digital or physical, for mutual encounters. Only by pushing for such encounters will we unleash more integrated strategy-making that zooms out of individual organisations and recognises what becomes possible when unusual companions join forces. New collaborative innovation processes convened by policy actors, such as the hackathon, can be one effective tool. However, for such spaces to institutionalise, entrepreneurs, managers and policymakers alike will need to promote significant shifts in work culture that embrace community, sharing and open-ended interaction.

Second, impactful innovations traditionally come from the fringes. Research on socio-ecological transitions suggests that former pro-social niche solutions, such as renewable energy production by cooperatives, have the chance to become mainstream when crises or other turmoil create cracks in existing regimes. But we don’t have much time to wait for more such cracks to occur naturally. Instead targeted incentives for strategic experimentation to meet social problems can help push for more drastic pivots, not only in how organisations define their mission, but also in how they employ their core expertise in radically new ways.

Physical distancing shall never become a normality, but we hope that the opportunities it has set free and which we outlined here, will guide us in shaping a new normal: a different kind of venturing for a viable society.

Gorgi Krlev is a senior researcher at the Centre for Social Investment (CSI) of Heidelberg University, a visiting professor at Politecnico di Milano, and a visiting fellow of Kellogg College, University of Oxford. He has published Social Innovation — Comparative Perspectives (Routledge open access, 2019).

Franziska Günzel-Jensen is associate professor of entrepreneurship at Aarhus University. Her research focusses on entrepreneurship and innovation as a vehicle to address societal grand challenges and achieve the UN SDG agenda.

Miriam Wolf is the academy lead at Vediso, an association for digitisation in the social economy.

Ali Aslan Gümüsay is head of group innovation, entrepreneurship &amp; society at the Humboldt Institute for Internet and Society - Berlin, a senior researcher at the University of Hamburg and a visiting scholar at Judge Business School, University of Cambridge. 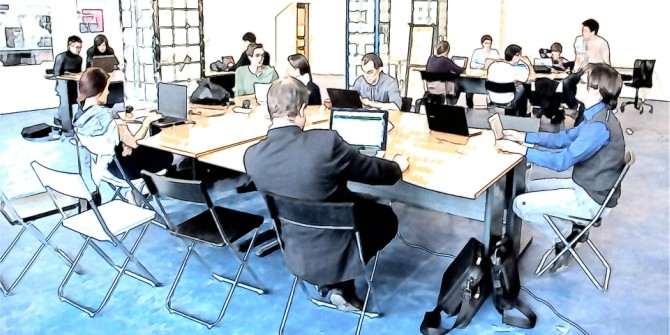 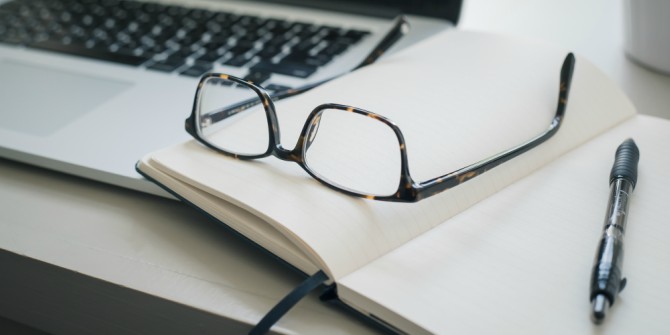 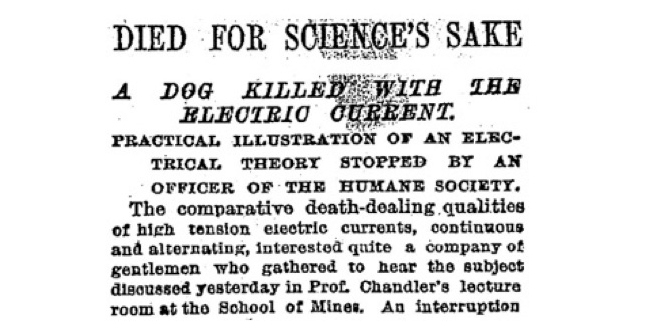