Guest blog: Why I believe a university degree is essential to successful entrepreneurship

Guest blog: Why I believe a university degree is essential to successful entrepreneurship

Christian Nellemann is a London-based entrepreneur. He has started four successful companies and his latest venture is XLN Telecom, a specialist broadband provider for small businesses with more than 130,000 customers. He is the only person to have won the Ernst & Young Entrepreneur of the Year award twice.

The rise of the celebrity entrepreneur is built partly on the public’s love of a self-made man or woman driven purely by instinct and an unfailing belief in themselves and their ideas.

I won’t deny that these are two key characteristics of successful entrepreneurs. They make for a good story, too. But what’s often untold is the role higher education can play in entrepreneurial success.

As a primer for life in modern businesses, as a place to make international connections and gather varied experience and theory in a relatively short time, university is unrivalled.

If you want to get into business, going to university and getting a degree in a business-based subject is simply the best place to start. While students sitting on a great business idea might be contemplating focussing less on their studies, putting them on hold or even quitting them altogether to start a business, in the long-run waiting a few months or years and getting essential skills and knowledge, and a recognised qualification, will pay dividends. With a degree, and maybe even an MBA, you enter the world of business at a much higher level than without.

I feel this is particularly true considering the role data collection and analytics now plays in business. I went to university in Denmark and gained a BA in Economy and Business Analysis. I was not the most academic student, and I was very eager to get into work and start making money as soon as possible. But much of my subsequent success can firmly be attributed to the fact that I was patient and saw most of my studies through to the end. True, I never pursued the MBA that I originally planned to, but the best laid plans of mice and men etc.

What did university do for me?

When I’m asked what I learned at university that I’ve since used in business, the answer is easy.

Firstly, as a maths student, and then studying economics and micro/macro statistics, I gained a formidable grasp of numbers. This has helped enormously in a business world which is driven by data. To be able to interpret numbers and turn them into a picture or story that you can act on and turn to your advantage, or use to reveal a new business opportunity, will keep you ahead of the game.

Secondly, my other major was in business analysis. Business is all about problem solving, so the ability to deconstruct complex problems and put them back together in an entirely objective manner is something that I use constantly.

While I had some natural ability in these areas, it was at university that I developed these skills and learned how to apply them.

Although I always wanted to emulate my father and go into business for myself, university remained central to my game plan. Originally, after Denmark I was to study in America and then take an MBA before going to Austria (this was back in the late 80s, by the way) and learn barter trading, with a view to finally going to Taiwan and establishing myself as a trader in anticipation of the Chinese economy opening up.

I still believe this plan would’ve worked but life sometimes takes you by surprise and I came across a great opportunity when spending some time in America which I took to the UK right after university.

Nevertheless, my advice to my 18-year-old self and to other young people remains the same: go to university and see it through. Even though you might be impatient to get into work, like I was, at this stage of your life you can afford to spend the time studying and it will be one of the wisest investments you ever make.

If I could do it all over again, I would take that MBA. My experience since then means I don’t need it now but I know that on the way, it would’ve been very valuable indeed.

Of course, a degree isn’t all you need. You must also be hardworking, determined, passionate and enthusiastic. You’ve also got to find something you genuinely love because if you love what you do, it doesn’t feel like work anymore. That doesn’t mean it’s easy being an entrepreneur – you shouldn’t need me to tell you that it most definitely isn’t – but when the going gets tough the fact you’re doing something you love helps pull you though. The fact that you’re getting rich also helps! 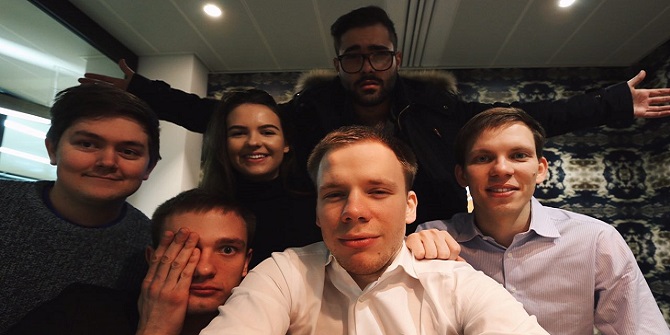 LSE Generate competition alumni – where they are now?

A big welcome to LSE from your startup side-kicks!

Bad Behavior has blocked 178 access attempts in the last 7 days.