This post was originally published on travindo.com, written by Lamorna Byford. Read the original article here.

Every marketer knows that competitions and prizes are a great way to pull in potential new customers. Playing on our desires for better clothing, better houses or better bodies, plus our love of getting something for nothing, is a clever way to promote products. Selling new and different experiences is even more profitable. Jumping out of a plane or off a bridge appeals to those with an adventurous side, while volunteering in exotic places attracts people who want to do something good while experiencing something novel. Using volunteer placements as competition prizes would arguably be a great way to draw in these potential customers.

There are several voluntourism companies who are doing just that, by running competitions in which the prizes on offer are placements in orphanages in Africa, South America and Eastern Europe. As a research fellow for the Better Volunteering, Better Care initiative, I am certainly not against volunteering. I am, however, very familiar with the arguments against volunteer tourism in orphanages and my reaction to learning about these competitions was one of dismay. When I researched the competitions further and found that most didn’t require volunteers to have any previous experience with children, or even any background checks, dismay turned to concern.

However, my discomfort didn’t seem to be shared. A quick canvas amongst my friends elicited quite a different response – “well someone needs to look after those poor kids”. After several attempts to argue that voluntourism isn’t the best way to support these children and their communities, I gave up. I won’t rehash the arguments for or against voluntourism here. What I want to explore instead, is why my intelligent, culturally aware friends are so willing to accept that allowing un-vetted individuals into institutions with vulnerable children is a good idea.Slide used in a presentation about orphanage volunteering to demonstrate the marketing used. Image courtesy of Anna McKeon.

As a global community, we have embraced consumerism to the extent that there is very little that can’t be bought or sold, including sensitive and personal information. Whilst we may think that our private emotions are immune from this commodification, the fact that money is made from our vanity, our guilt and our desire to please others suggests otherwise. Indeed, our emotions are regularly and very effectively played upon for profit. This is how voluntourism succeeds as an industry, not through targeting stupidity or naiveté, but by commodifying a powerful emotion – our good intentions.

If this sounds a little Orwellian, I am not suggesting that this is a conscious decision made by immoral marketing executives. No one is rubbing their hands together with glee and exclaiming that they’re going to take advantage of consumers’ goodwill. In fact, it is far more likely that they too have good intentions.

Voluntourism thrives on the culturally embedded side effects of global markets and the power relation that this creates between those in the wealthy West and the developing world. In the shadow of colonial guilt and with the growing distance between the wealthy and the poor, both between and within countries, the desire to help those with less than our selves is strong. When companies offer voluntourism placements they are selling a way to satisfy those good intentions. This becomes morally problematic when we consider the means by which those good intentions are met. What is really being commodified, and sold as a fulfilling experience, is a child.

Not a familiar child. It’s unlikely my friends would agree that selling experiences with children in the UK care system is a good idea. The commodification of a child in the voluntourism industry relies heavily on the idea of the other. Images carefully chosen to invoke Western pre-conceptions – denounced as ‘poverty porn’ by some – reinforce the idea that these poor children are from the ‘other’ side of the ‘us vs. them’ dichotomy. The language used by some voluntourism organisations further exaggerates this disconnect and fuels the idea that one solution is right for ‘us’ and another is right for ‘them’. For ‘us’ – better welfare systems and solutions such as community based fostering. For ‘them’? Western voluntourism.

So what can we do? We know that where there is a demand, supply will always rise to meet it. The global economy creates inequality and power relations that endlessly fuel demand for what the voluntourism industry offers. The only way to quell that demand would be to change beliefs across the Western world. How can such embedded and internalised societal values be changed? How can the beliefs held so ardently by my friends be legitimately challenged?

It is very hard to answer those questions. If there’s anything most people with an interest in development can agree on, however, it’s that real cultural change tends to be a very slow and difficult process. The cultural change that would challenge the negative aspects of voluntourism is no exception. Developing a more in-depth, nuanced understanding of why voluntourism is so successful is, at least, a good place to start.

This post is part of a month-long spread of articles aimed at raising awareness around the issues of orphanage volunteering – #StopOrphanTrips. This daily blogging blitz in May features a range of writers from different backgrounds who have come in touch with orphanage tourism in different ways and from different perspectives. The campaign ends on June 1st, International Children’s Day, with a call to volunteer travel organisations to remove orphanage trips from their product offerings.

What can you do to help?

Lamorna Byford is a social researcher based in London. She has undertaken research for think tanks, brands and charities and is now a research fellow for the Better Volunteering, Better Care initiative. She holds an MSc in the Social Anthropology of Cognition from the London School of Economics, during which she focused on how children form attachments to the state in Russian orphanages. Lamorna also recently spoke at OxFID 2016.

LSE Generate: Entrepreneur of the Year competition and awards 2015 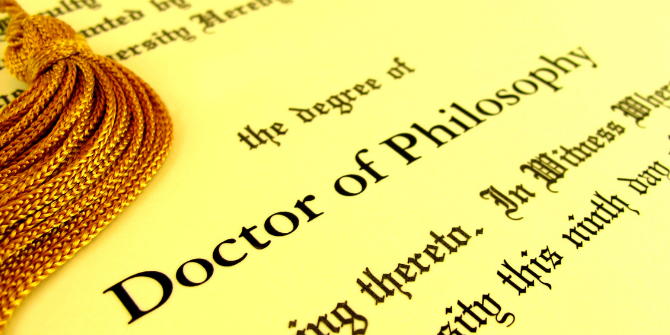