Insider tips – training contracts and beyond

Insider tips – training contracts and beyond

Guest blog by Emma Minihan (LSE LLB 2009) who is a Lawyer in the Government Legal Department: 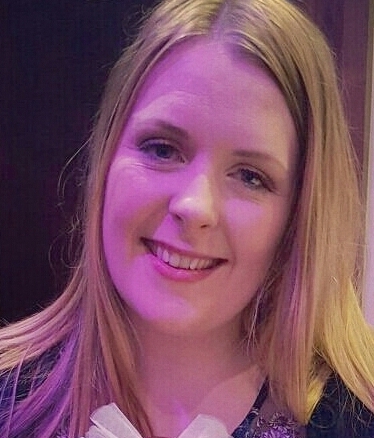 I applied for my training contract in my final year of study at LSE, having decided during my second year that I didn’t want to be a lawyer! I found out about GLD (or Treasury Solicitor’s Department as it was then) after a number of fear induced appointments with the Careers Service – take advantage of this while you can. I did some further research and was attracted to the wide range of work on offer. I only applied for training contracts with firms I was very interested in and had spent time researching, and I would definitely recommend this approach.

I commenced my training contract in September 2011. I spent a year in litigation teams followed by a year in teams advising government ministers and departments, and had an extremely varied workload throughout. My first seat was spent defending immigration judicial reviews on behalf of the Home Office. I was given responsibility early on, and was managing my own caseload of around 50 files, with the support of my supervisor. This was initially quite daunting, but provided an incredibly useful introduction to government litigation and the opportunity to work independently.

My second seat was split between the Commercial litigation team and the Companies, Costs and Inquiries Team. I spent half of my time assisting with highly complex and often long running litigation working on disclosure exercises, interviewing clients, and working on a high profile mediation claim. The other half of my time was spent on an eclectic mix of work including handling small claims which ranged from a dispute over a contract for printers to a Ministry of Defence lost property claim, dealing with a long running Land Compensation claim and commencing insolvency proceedings.

My third seat was at the Ministry of Justice, in the Offender Management team, providing operational advice to prison staff as well as policy advice to ministers. I advised on policy development in relation to foreign national prisoners, and undertook research into a variety of areas from the history of judicial review to the application of the Carltona principle. I also had the opportunity to draft the law, which is one of the things that made my training contract very different to some of my university contemporaries. I drafted secondary legislation to officially close a prison, and to commence some provisions within an Act of Parliament.

My fourth and final seat was in the GLD team advising the Department for Education, in the Children and Families team. I assisted on a Bill which was going through Parliament, with tasks ranging from drafting regulations to indicate how a power in the Bill would be used, to attending Committee and Report Stage in the House of Commons. I also worked closely with the Law Commission, and assisted with briefing a minister on their proposal.

I qualified, at my request, into one of the teams dealing with immigration litigation and spent two years there. I managed my own large caseload, including judicial reviews both in the High Court and Court of Appeal and complex statutory appeals, on issues ranging from deportation of foreign national offenders to the detention of alleged victims of torture. I acted as one of the lead lawyers on unlawful detention, providing training to clients and colleagues on the topic, and dealing some of the more complex and high profile cases.

After two very enjoyable and fast paced years I moved to the GLD team advising the Department for Work and Pensions where I currently co-ordinate human rights issues for the department, deal with complex social security litigation with an EU element, and advise on reciprocal agreements. There is no such thing as a typical day, which is one of the things I most enjoy about being a government lawyer, but currently I spend a great deal of my time on EU exit work.

The GLS legal trainee scheme (LTS) is the term used to describe the training contract and pupillage opportunities available in departments. The departments that offer places through the LTS are Government Legal Department (GLD), HM Revenue and Customs (HMRC) and the National Crime Agency (NCA). All trainee places are based in London.

The application process for the next LTS opens Monday 3 July 2017. To be notified as soon as the LTS is open, you can add your contact details to the mailing list.

Bad Behavior has blocked 762 access attempts in the last 7 days.