This April, the Head of LSE Generate, Laura-Jane Silverman, attended the Skoll World Forum on Social Entrepreneurship. Read about her experience at one of the key conference events below.

This House believes that Universities lack the necessary proximity to be effective agents of social innovation in the 21st century.

That was the motion presented by Peter Drobac, Skoll Centre for Social Entrepreneurship’s new and ambitious Director.  Well, spoiler alert; Team Generate opposed the motion (along with the majority of the House – phew!)!  It was, however, an extremely interesting, albeit slightly uncomfortable experience at times, to hear the ways in which the speakers believed Universities do indeed fail at enabling social change. Much of what was suggested by the supporters of the motion was entirely valid, and while relieved that the opposition was eventually victorious, the evening proved to be a real eye-opener into what needs to be done. It also served as an urgent rallying cry for more innovative work to be undertaken from within educational institutions, in particular, to address the pressing social issues our communities face.

I had the honour, this year, of attending the Skoll World Forum, a definite highlight of my career to date.  It was a bringing together of investors, innovators and influencers from over 67 countries, all with the identical mission of creating social good.  The conference itself was a refreshing change from the traditional stuffy and stale environments that often prevail at global conventions.  Sessions included interactive workshops looking at everything from storytelling and personal stories of “turning points” to closing the empathy gap through the power of VR.  The theme of this year’s conference was the Power of Proximity, exploring the idea of being near the problem and being able to implement real change.  And from within the walls of the most prestigious debating institution in the world, the Oxford Union, the spotlight was on Universities.

One of the main arguments that came across loud and clear from the supporters of the motion was the idea that social innovation always requires an element of risk.  And this, it seemed from the argument, was severely lacking in educational institutions; Universities were traditionally places that witnessed incremental rather than radical change and veered towards a PC approach rather than the disruptive nature that was needed to catalyse transformation. Instead of breaking down ethnic and class barriers, Universities ran the risk of creating the exact opposite.  It was noted that only a small minority of the Skoll awardees themselves had been to University. Furthermore, there was the question as to whether Universities develop (or even teach!) skills and characteristics such as resilience, values, perseverance, and imagination. And finally, given that teaching happens from within the confinement of a lecture theatre rather than out on the field, how proximate can students be to what is going on? Is it really valuable to be learning the ins and outs of market-based solutions over being proximate to someone who is suffering to empathise and understand their issues? Do we lack that emotional depth that is so core to social innovation?

Well, the opposition, shock horror, disagreed with this.  Even if some of the Skoll awardees had never attended a University, how many of them had created an idea whose point of inception was in a classroom? Most likely, the majority of them. The opposition also warned against confusing the ageing buildings with the forward-thinking teaching that happens within so many social innovation programmes and other related courses. The student body so often comprises a group of common-minded people hoping for a better future and that is a surely a good place to start.

Let’s take a quick look at the stats. Is it just a few outliers who can show evidence of experiential learning? There are currently over 205 incubators and 163 accelerators, many of these are housed in educational institutions.  At LSE, we have just become a founding partner with the Zinc accelerator to help budding entrepreneurs create tech-based companies to fulfil specific social missions.  In 2019, LSE Generate will also be launching a mini accelerator to mentor and prepare winners of our funding competition so that they are investor-ready to meet with alumni angels at the end of the year  – watch this space for more info!  On top of that, the new Masters in Social Innovation and Entrepreneurship offers each student the opportunity to undertake an international field trip to conduct research with an NGO or company in a developing country, gaining first-hand experience of the diverse range of issues faced by different communities worldwide. I’d say that was pretty experiential, house supporters. Whether it be through an international trek, a volunteering project here in London or in a rural village in Kenya, students are time and time again standing close to and engaging with social problems.  Across the globe, the majority of students live at home, within their local communities and are thus exposed to a whole variety of social issues on a daily basis.

It would be ignorant to assume we have perfected the path to social innovation. We can do a whole lot better.  And while we may be faced with bureaucratic barriers and red tape within large public institutions, there is much that can still be achieved.  LSE is a global community and we have connections to nearly every country in the world.  Let’s get proximate to those connections and collaborate in a more real way.  We have incredible researchers and academics, so let’s listen to the communities (not tell them the solutions – they already know these) and provide innovative and sustainable ways to impact our neighbours.  The LSE House can definitely pass this motion.

Click here to find out more about the Skoll World Forum, and check out our tweets of the event on Generate’s Twitter page. Do you agree with the proposition or opposition? Let us know your thoughts in the comments! 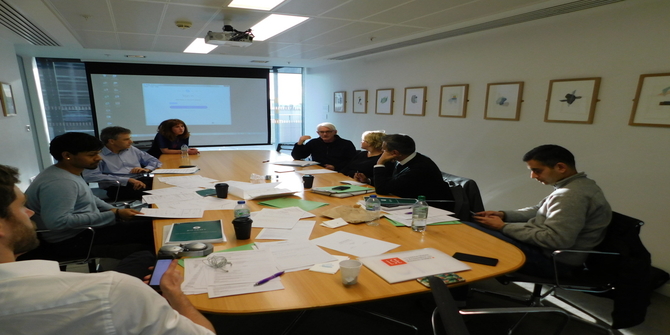 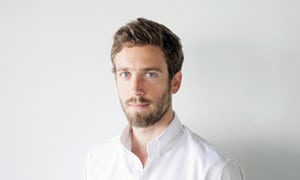 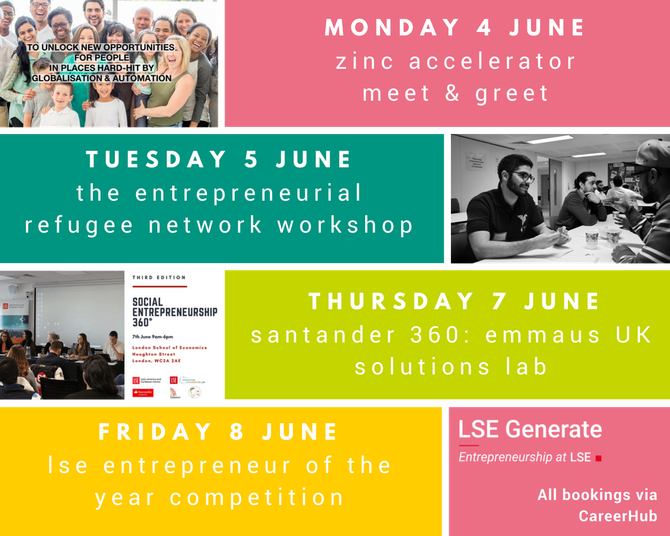 Bad Behavior has blocked 808 access attempts in the last 7 days.