Development Studies is fun, but is there a job at the end of it?

Development Studies is fun, but is there a job at the end of it?

Guest blog by Dr Duncan Green, Professor in Practice in International Development at the London School of Economics and Senior Strategic Adviser at Oxfam GB.

Studying development is fascinating, but will there be jobs for students once they graduate? I chaired a careers panel for LSE students recently, where a variety of alums, now rising up the greasy poles of the aid industry, came back to share their thoughts.

One recurring theme of the evening was the kind of skills and knowledge that will be needed if the aid industry lives up to its promises and heads South, giving priority to local organizations in humanitarian response, pushing power and resources down to developing country affiliates in INGOs.

At least half of the students in the room were from developing countries, and they will duly head off to work in government or local organizations. But what about the Europeans and North Americans – is aid still a career in those countries?

Our conclusion was that the answer is yes, but the careers and skills required are likely to look very different. The old days of the white man in shorts, heading off to be an expat and running projects, look numbered. Good thing too. Those jobs will be done by local organizations, or local staff in international organizations, who are far better placed to ‘dance with the system’ of local power and politics.

But lots of other roles will remain, including:

Campaigns and Influencing: already a growth area in the INGOs, there will still be plenty of things to do on global collective action problems like climate change and tax havens, and on northern skulduggery – corporate misbehaviour, arms trade, abuse of refugees etc. But campaigning within developing countries will, quite correctly, be run and decided by local organizations and staff. Not much role for whitey there.

Soft skills like facilitation/ convening and brokering: one increasingly recognized role for outsiders is to act as an honest broker, bringing together different local players in search of solutions to particular problems. My favourite example is our work on water and sanitation in Tajikistan. Facilitation is just one example of the soft skills that will increasingly be needed. It’s not about digging wells or building schools (why would you ask foreigners to do that?)

That echoed a recent study on ‘The Career Paths of International Development Studies Graduates in Canada’, which surveyed nearly 2,000 graduates, with an average age of 26, and concluded:

‘The skills and competencies that IDS grads identified as most important for finding a job included the transferable skills of writing, communications, interpersonal and cross-cultural communications and especially networking. Respondents emphasized repeatedly that finding a job requires the capacity to build strong professional networks.’

Private Sector: as long as there is global trade and investment, there will be a need for advocacy to improve how it works for poor people, whether as producers, consumers or affected communities. Engagement with big international companies will need to involve local people, obviously, but also those who can mobilize opinion in companies’ main markets.

Fragile and Conflict states: these are the places where aid is likely to remain a significant player, and when states are absent or predatory, localization is likely to be harder. Unfortunately, they are also the hardest places to get anything done! Lots of opportunities for research and practice there (I’m involved in two such exercises, led by LSE and IDS).

Tech: our speakers were ambivalent on this. On the one hand, silicon valley types think they can solve just about any development problem with a suitable app; on the other hand, there are loads of local geeks and startups in just about every country, who are better placed to understand local context and needs.

But overall, I still worry about how many northerners see development studies as the start of a career, when the whole North/South aid frame that underpinned the creation of ‘development studies’ is becoming increasingly redundant. The Canadian report concluded that you should study development for your soul, more than your future wallet:

‘IDS graduates experience significant challenges in breaking into the job market, particularly in the international development sector. Just 19.2% of IDS grads reported that their jobs were directly related to international development, while almost 40% reported that their jobs were not related at all. However, respondents also reported that regardless of their careers, their IDS educations had profound impacts on their world views and their ongoing values and behaviours as global citizens.’

For more background on careers in development, check out Maia Gedde’s book – still the best thing I’ve come across. Also worth checking out this free online guide on ‘How to Get a Job in International Development’ from Michelle Rebosio.

This blog first appeared on From Poverty to Power and is a personal reflection and not intended as a comprehensive statement of Oxfam’s agreed policies. 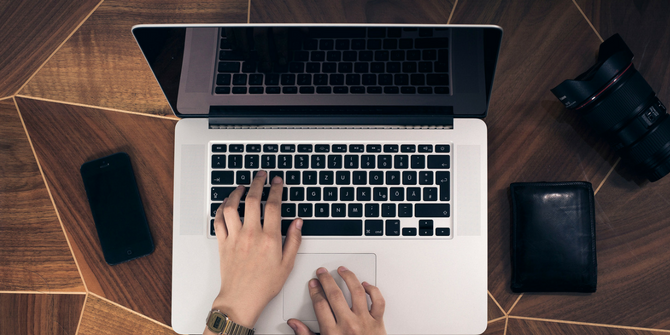 Virtual careers fairs: how to make the most of them! 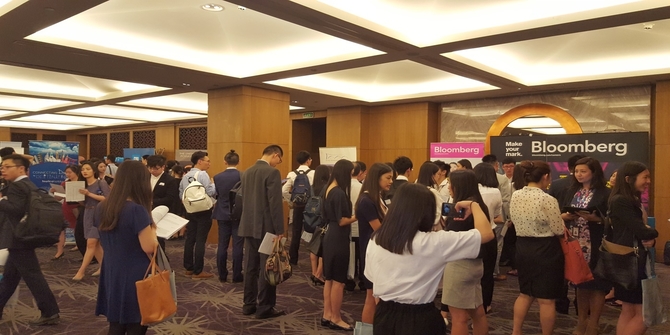 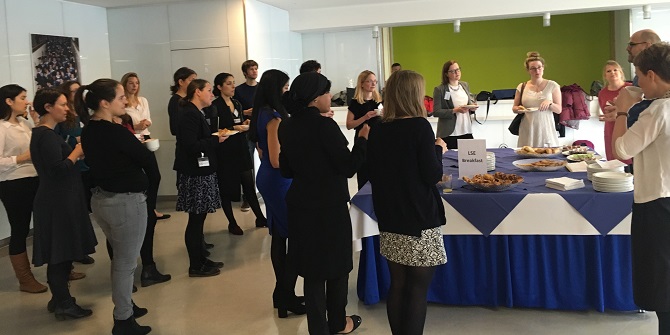 How to stand out following a networking event

Networking during your job search