I wrote the following article navigating the tricky phase between PhD thesis submission and viva. I still had one foot planted firmly in the PhD process while seeking to peer ahead and make sense of the fast-approaching life beyond the PhD.

Looking back after having submitted my PhD, I realise that I – like so many other PhD students – had embarked on this four-year journey with strong academic aspirations and high hopes. The preconditions looked good: I genuinely loved and cared about my field of research, I had a team of two incredibly supportive and inspiring supervisors at my side, a scholarship allowing me to focus on my research and a truly fantastic cohort of fellow PhD students around me. But things didn’t turn out as smoothly as I had expected. They rarely do. So what follows is part of my still ongoing story of coming to terms with a sense of destabilisation I started to experience early on in my PhD and how I sought to turn it into a starting point for new alternative career explorations leading beyond classical academic territory.

Academic aspirations, destabilisation and the difficulty of letting go

Let me say at the beginning that I do believe in academia facilitating immensely important, timely, stimulating or even subversive work that can have such significant impacts on how we live as societies. The broad range of fascinating work done by my fellow PhD students immediately comes to my mind here. But already during my first year as a PhD student, I realised that academia is not an environment within which I can see myself thriving in in the long run. The toxic mixture of precariousness and competitiveness which often stifles rather than nurtures creativity while fostering a constant pressure for (especially young) academics to be visible and produce an incessant outpour of intellectual work made me feel concerned about my long-term mental and physical well-being. My resources are limited but to be successful in academia, I felt, I would constantly have to push beyond them. This is, obviously, a personal story and others might be experiencing exactly this kind of environment energising in its challenges. In contrast, I feared a looming loss of work-life-balance which would eventually – and had already started to – take its toll on my health. These concerns initially left me with a sense of destabilisation and disorientation; I didn’t want to let go, I cared about my work, I enjoyed doing research and being part of a vibrant and inspiring PhD student community. Academia kept (and keeps) tempting me with visions of what could be.

It was with this sense of disorientation that I started to reach out to the LSE Careers Service in my third PhD year. While I found the Careers Service’s workshops and one-to-one careers guidance appointments immensely helpful in discovering and discussing alternative careers options, I probably profited most from attending events with alumni students. Listening to the personal experiences of especially former LSE PhD students who had moved on to careers beyond classic academia, I gained two particularly helpful insights. 1) Many had experienced a rocky transition period after the PhD without a clear sense of where they were going, with job insecurity and a gnawing fear of probably being “unemployable” after having done a PhD. But these periods had been transitionary; I might well face the same situation one day I thought (actually I am right now) but that seems to be kind of “normal” (alas!) and it would pass. 2) Quite a few of these former PhD students had experienced highly unusual and unpredictable career journeys, ending in career fields which did not seem to follow logically from their PhD research fields but (and that is the crucial point) which nevertheless allowed them to employ those of their skills which they loved most. They had managed to carve out niches for themselves within which they could thrive. And they had done so adopting an exploratory mindset and reaching out to people through “informational interviews” or simply “coffee chats”. I decided to try and imitate their steps. I identified three broad career fields I would be interested in and subsequently met with people working in these areas for short 20-minute coffee chats (I found these potential contacts through existing personal networks, LinkedIn and the Careers Service’s networks and then simply emailed them), asking them lots of questions about what they were doing in their jobs, what they were (not) enjoying about them and how they had moved into their current professions. These talks were not about getting a job, as I made clear from the beginning; they were not about me but about these people’s jobs and experiences which I wanted to learn from. I thus talked to people working in health research, public engagement and policy, in health start-ups, people working within academic support services as well as people working in careers guidance related fields. Thus, I gained a broad range of insights, a growing network of contacts, occasionally knowledge about job openings and even opportunities for some work shadowing. They also indirectly led to one of my current part-time jobs which I am enjoying immensely. I am a rather shy person and merely hearing the word “networking” used to trigger an immediate increase in my anxiety levels, but to my surprise, I found that I thoroughly enjoyed meeting all of these different people and listening to their stories. It was a bit like doing good old qualitative interviewing which I had already done extensively for my PhD research.

These coffee chats have shown me how often people are happy to be helpful if they get a chance to be so, which is an empowering and comforting thought at the same time. Most importantly, by reaching out I have sharpened my sense of where I would like to move and what I’d rather not want to do. The journey is not over yet and I don’t expect things to go smoothly from here onwards, but I have regained a sense of orientation and a more confident feeling about moving forward and eventually carving out my own niche.

Maria Kramer holds a PhD in Sociology from LSE. Her research explores the intersections of reproductive medicine, technology and society. Since May 2020, she has been committed to facilitating research-business-engagement in her role as Research Officer in Business Out-Reach at the LSE PhD Academy. From April 2021, Maria will be an ESRC postdoctoral fellow in the Department of Sociology at LSE.

After the PhD – lessons from your peers

From PhD to Academia: alumni insights 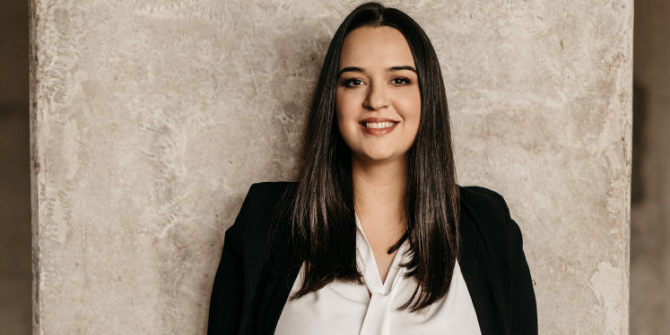 From researcher to entrepreneur: how to get out of your comfort zone, one step at a time 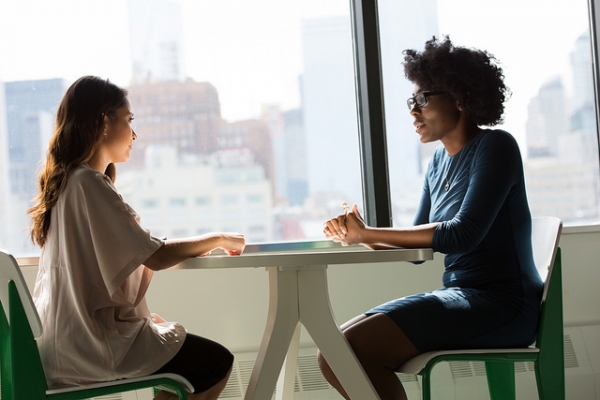 Bad Behavior has blocked 664 access attempts in the last 7 days.