With China’s next five-year plan in sight, it’s important to practice prudence over sensationalism. Just last October, a disagreement in public discourse gave insight into the complexity of evaluating the People’s Liberation Army’s (PLA) military modernisation. Covering the 5th Plenum of the 19th Central Committee of the Communist Party of China (CPC) – a body of 376 top Party officials – multiple outlets misread the, admittedly, hard-to-dissect signalling coming out of Beijing. Referring to an official statement, several journalists claimed that the Plenum set a new goal for the PLA to be transformed into a “fully modern army” by 2027; an important goalpost previously announced for 2035. China watchers qualified these claims shortly thereafter, arguing that there was no decisive evidence in favour of a change in pace of Beijing’s military reforms. In fact, rhetoric of “accelerating” or “strengthening” reforms is far from novel and commonly employed in official Chinese sources to describe the PLA’s modernisation endeavours. This discussion, however, reflects a persistent tendency towards sensationalism in Western coverage of China’s gradually expanding military influence and role in international security, while underestimating the PLA’s enduring challenges and the continuity of long-held security priorities.

Although the tendency to overemphasise US and in extension Western decline in the face of a rising China is not new, COVID-19 has provided additional impetus for such arguments. As COVID-19 spread globally and was met by in many ways inadequate policy responses across advanced economies, China seems to have been presented with a window of strategic opportunity in which to maximise its military influence in the Asia-Pacific and beyond. With a rebounding economy in the second half of 2020, growing military assertiveness in the Taiwan Strait, a renewed push to consolidate China’s territorial claims in the South China Sea, the recent diplomatic feud with Australia, and a border skirmish with India, headlines across Europe and the US suggest that China has indeed emerged stronger and more confident from the crisis over the last year. Framed within the Biden administration’s laborious task of trying to re-establish US leadership after an isolationist Trump presidency, one could get the sense that while the West is preoccupied with fighting COVID-19 and ensuing social and economic fall-outs, Beijing is ready to emerge as a stronger, more confident, and influential player in global affairs. Indeed, seasoned China-hands aside, Beijing’s next five-year plan, due to be ratified in March, is likely to arouse another wave of “losing out to China” sentiment, accompanied by assertions of the decline of Western diplomatic and military influence.

Such arguments should be qualified, however, and contextualised within a longer-term perspective on China’s military modernisation in the context of Beijing’s gradual progress towards transforming China into a global security actor. It is clear that General Secretary Xi Jinping’s attempt to restore China’s great power status, domestically framed as the “Chinese dream of the great rejuvenation of the Chinese nation”, certainly features a strong military component. From the 3rd plenum of the 18th Party Congress in 2013 onwards, Xi has accordingly overseen vast structural and operational reforms targeting the PLA’s command structure, logistics systems, overall force size and composition, regulations governing military personnel, and relationship with China’s commercial economy. Replacing the previous seven military regions by five theatre-commands (Eastern/Western/Southern/Northern/Central); streamlining bureaucratic processes beneath the Central Military Commission, the main institution to regulate civil-military relations in China that is chaired by Xi himself; and promoting defence innovation to equip the PLA with advanced weapons systems; all reflect that “national defence and army building” (guófáng yǔ jūnduì jiànshè) is a key priority for China’s leadership.

These reforms support Xi’s modernisation goals for the PLA, which he clarified at the 19th Party Congress in 2017. The PLA should complete “mechanization” (jīxièhuà) and make progress towards “informationisation” (xìnxīhuà) by 2020, basically complete defence and military modernisation by 2035, and become a “world-class-military” (shìjiè yīliú jūnduì) by mid-century. These terms ought to be understood as force development concepts. While mechanisation broadly refers to modernising and replacing PLA equipment across the service branches, informationisation captures the collection and processing of information in all areas of operations in order to connect platforms across the services and gain strategic advantages on the battlefield. “World-class” was first used by Xi in 2016 and is believed to denote that the PLA should strive to become one of the best armed forces globally. According to a press release from China’s Ministry of National Defence in November 2020, the PLA has “basically” achieved mechanisation. As the second largest defence spender after the US, China’s steadily growing defence budget, which amounted to an estimated 240 billion USD in 2019, provides the necessary backing for Xi’s reform ambitions.

That the PLA has undoubtedly made great strides towards becoming a modern military is most clearly seen in the PLA Navy (PLAN). Having benefitted from budgetary support due to the conviction to transform China into a “maritime power” (hǎiyáng qiángguó), the PLAN has expanded its fleet to become one of the largest navies worldwide and is expected to basically double the amount of destroyers in service from 20 to 39 by 2025. The PLAN Marine Corps, which has increased from around 10-12.000 to 35.000 personnel since 2017, further reflects the willingness to acquire Bluewater and expeditionary capabilities to respond to contingencies, including evacuation missions, further afield. Following the PLAN’s participation in counter-piracy operations in the Gulf of Aden since 2008, China’s first overseas military base in Djibouti, inaugurated in 2017, demonstrates that the PLA institutionalises nascent logistics support structures for longer, overseas deployments.

However, an ambitious reform agenda not only reflects assertiveness, but also existing deficiencies. After all, having last fought a war in 1979 with Vietnam, which mainly involved ground forces, the PLA lacks combat experience vis-à-vis the globally engaged US armed forces. Gaining operational expertise is thus a prime objective of being involved in counterpiracy operations and UN peacekeeping missions. The disadvantage of a lack of experience is compounded by difficulties in recruiting sufficient numbers of well-educated soldiers, required to operate complex weapons systems in the context of high-technology warfare. Further, joint command capabilities, characterised by real-time collaboration of the service branches, remains a challenge that is likely exacerbated by inter-service rivalry over budgetary priorities, and analysts note that the reality of jointness lags considerably behind expectations and official announcements. Indeed, discussions in Chinese literature reportedly suggest that information sharing between services branches and theatre commands remains low and standard setting across the PLA continues to be a challenging task. As China’s 2019 defence whitepaper remarks, the PLA “…is in urgent need of improving its informationisation” and “…still lags far behind the world’s leading militaries.”

Furthermore, Beijing’s supposedly recent (military) assertiveness, should be seen within a longer-term perspective on Chinese military strategy and enduring security priorities. Propelled by observations of US military dominance during the first Gulf War, the last major shift in China’s military strategy occurred in 1993, heralding a prioritisation of joint command capabilities and information technology in military modernisation. Subsequent adjustments in 2004 and 2015 further developed these concepts, resulting in China’s current military strategy of “winning informationised local wars” (dǎyíng xìnxīhuà júbù zhànzhēng). The emphasis on “local wars” captures the enduring priority to protect China’s borders and sovereignty claims in East Asia, especially regarding contingencies in the Taiwan strait and the South- and East China Seas. While the 2015 military strategy expanded the PLA’s mandate by adding “far seas protection” (yuǎnhǎi hùwèi) to the PLA’s long-held responsibility of “near-seas-defence” (jìnhǎi fángyù), these changes do not signify a sudden shift towards asserting military primacy. Already in 2004, then-General Secretary Hu Jintao articulated “New Historic Missions” (xīn de lìshǐ shǐmìng) in response to the growing presence of Chinese citizens and economic entities overseas. Practically, this meant that the PLA should protect China’s Seas Lines of Communications against traditional and non-traditional security threats and, if necessary, promote stability in regions where China has economic interests. Notwithstanding the immense social and economic consequences of COVID-19 in and outside China, any supposedly new assertiveness should thus be interpreted against the backdrop of reforms and enduring priorities in China’s long march to become a potent security actor.

What does this analysis then mean in the context of China’s 14th five-year plan (2021-2025)? From proposals, it becomes evident that military modernisation, especially the application of information technology, will remain a policy priority for Beijing. Xi is expected to further enhance military-civil integration (jūnmín rónghé) by leveraging Chinese civilian technology for military purposes and promoting the harmonisation of standards across civilian and military platforms and infrastructure. While there is evidence to suggest that COVID-19 is perceived as a “game-changer” by PLA-affiliated strategists, the PLA continues to face the aforementioned reform objectives, security priorities and operational challenges. Thus, while short-term considerations make for catchy headlines, analysts should take into account the long-term perspective. China’s recent economic recovery merely masks the long-term structural imbalances and demographic limitations that have been underway for years. Although speculative, budgetary consequences of a structurally changing and slowing Chinese economy will likely constrain military spending from 2035 onwards.

For the Biden administration, China’s growing military clout in the Asia-Pacific represents a focus point for renewed US engagement. Accompanying a far-sighted policy in areas of trade and technology, a prudent analysis of China’s military modernisation and commensurate trans-Atlantic responses should feature in any post-Brexit UK China strategy. After all, by exacerbating regional countries’ existing concerns of Chinese dominance, China’s continued assertiveness opens up a window of opportunity for the U.S and its partners to frame future relationships with regional allies as positive-sum engagement, conducive to upholding the regional, rules-based security architecture.

Sri Lanka and the new Cold War in the Indo-Pacific theatre January 12th, 2021 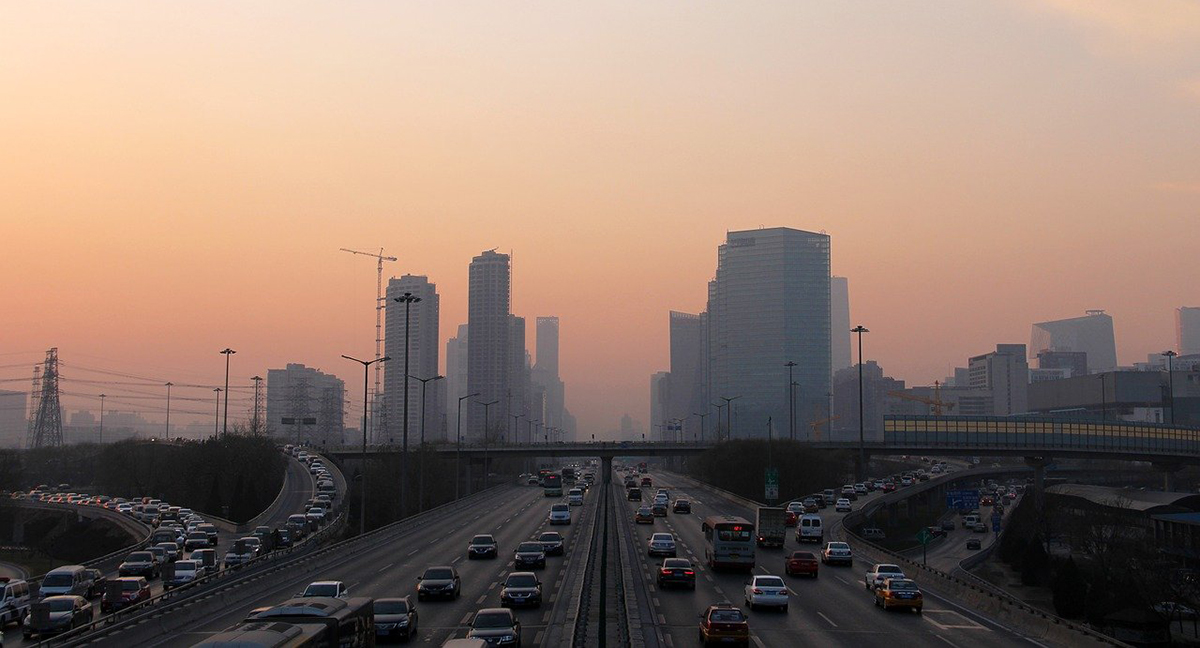