One of China’s signature contributions to the diversification of the emerging world system is the use of regional forum diplomacy to promote the creation of Chinese-instigated regional organizations.  Starting with the establishment of the Forum on China-Africa Cooperation (FOCAC) in 2000, the Chinese government has built a network of regional forums across the Global South whose characteristics broadly follow the pattern established by FOCAC over time. However, a closer examination of these regional forums reveals distinctive features and some interesting divergences in practice that set them apart from one another.

FOCAC, founded in conjunction with African ambassadors in Beijing, evolved from a tri-annual ministerial meeting hosted alternately by China and an African country to an occasional high-level leaders’ summit with numerous sub-forums concentrating on functional areas of cooperation such as business, media, and people-to-people initiatives. The core focus is on trade and development, reflecting overriding concerns of African states and China, while much of the recent discussions include finance, industrialization, and technology transfer. A security partnership, launched in 2012 in the wake of the ‘Arab Spring’ when widespread instability necessitated the evacuation of tens of thousands of Chinese citizens, was followed by the opening of China’s first overseas military base in Djibouti in 2017. The African Union was only formally brought into the FOCAC process in 2018, following Morocco’s rejoining of the organization.

Founded in 2004, the China Arab States Cooperation Forum (CASCF) is directly linked to the Arab League and holds ministerial meetings and the occasional summit every two years. China’s Arab Policy white paper (2016) outlines the 1+2+3 plan for the region focusing on (1) energy cooperation at the core; (2) trade and investment into that sector; and (3) nuclear power, green energy and aerospace as future-oriented areas of cooperation. A network of free trade zones running along the coastal littoral of the Gulf states from UAE to Oman and onward to Suez provides the infrastructure of cooperation. While no security agreements feature in CASCF declarations, there is a strong diplomatic emphasis on supporting Palestine and CASCF’s promotion of negotiated settlements in conflicts such as Syria and Yemen.

The China-CELAC Forum was set up in 2014 and has engaged directly with the Community of Latin American and Caribbean States (CELAC), which itself had been established in December 2011 as an autonomous organization – deliberately excluding the United States and Canada.  The China-CELAC Cooperation Plan (2015-2019), focused on thirteen areas of cooperation,  ranging from development finance, cultural exchanges to politics and security. The plan further sets the rules of participation and engagement between China and CELAC countries, including formal institutional arrangements for meetings, specialized foreign ministers ‘quartets’, implementation agendas, and follow-up procedures, as well as provisions for nearly a dozen sub-forums. Two subsequent China-CELAC ministerial meetings have been held in Chile (2018) and virtually hosted by Mexico (2021), while sub-forums have met periodically too.

This snapshot of these three regional forums demonstrates the intersection between principles, interests, and power relations in China’s regional forum diplomacy. Based on their declarations, all three organizations endorse principles of equality, mutual benefit, and common development, while also serving as sites for norms promotion on sovereignty, non-interference, and the democratization of the international system. Concurrently, these regional forums do not host Western members and consequently are unencumbered by any direct influence from those quarters.

Institutionally, despite its longevity, FOCAC takes a more limited institutional form, possibly reflecting the late involvement of the African Union in the formalized process. However, FOCAC is also the only forum to feature institutionalized forms of security cooperation.  In the case of CASCP, the institutional arrangements may not be spelled out in the public domain but the regular convening of CASCP meetings points to strongly engrained cooperative procedures. Economic relations are dominated by energy, reflecting the high levels of two-way trade between China and the Arab states, but there is also a stronger emphasis on addressing regional conflict through mediation; at the same time, unlike FOCAC and CELAC, there are much more limited aims in terms of other areas of cooperation.  Turning to China-CELAC, the institutional arrangements are quite explicitly drawn up and framed as a set of norms of conduct and procedural rules.  Similar to FOCAC, the focus is largely on trade and development issues, with some references to security and cultural cooperation.

The picture that is conveyed by this brief analysis of China’s regional forum diplomacy is one of broad convergence between Beijing and its partners on global systemic principles. The economic agenda dominates overall but diversification occurs in line with the level of each region’s economic standing, resources, and markets. The inclusion of region-specific issues is aligned with the concerns of regional actors, with some topical, if controversial issues – Western Sahara, Iran, or Venezuela – not appearing in regional forum declarations. Furthermore, institutional arrangements seem to reflect the preferences and conditions of partnering regional organizations and China.

The overall effect is to provide us with a glimpse, however hazy, of the post-Western world about which so much has been said. These regional fora collectively serve as the building blocks of Beijing’s vision of multipolarity nested within its common destiny with the Global South.

‘Partnership of Equals’? Understanding the future of China-Africa relations in the context of FOCAC November 29th, 2021 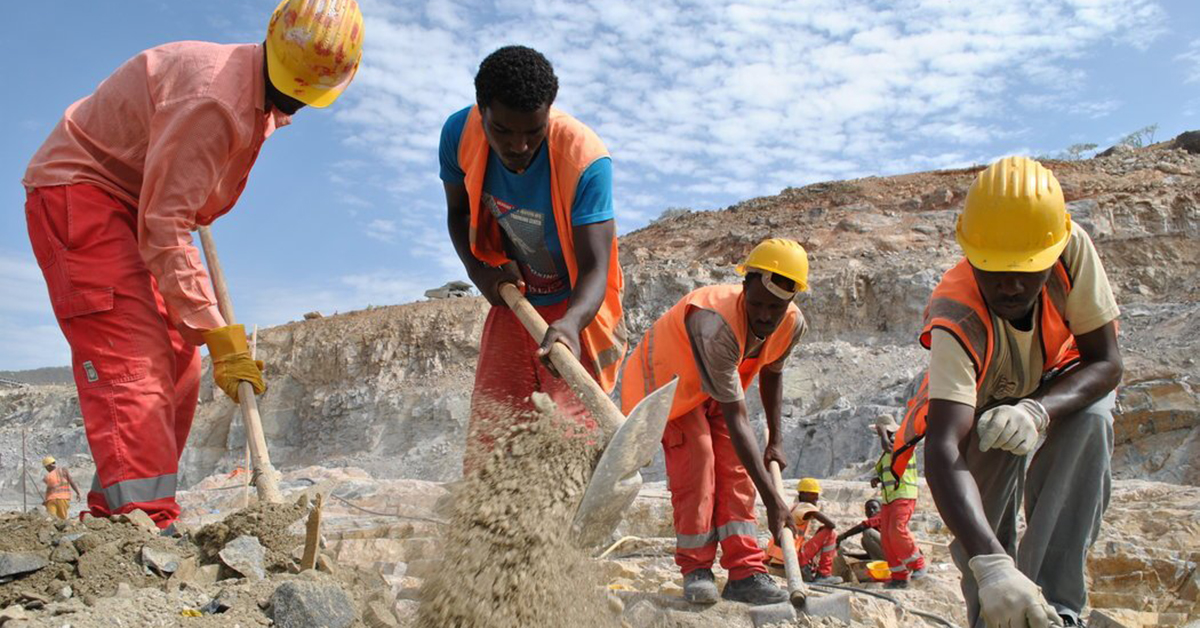 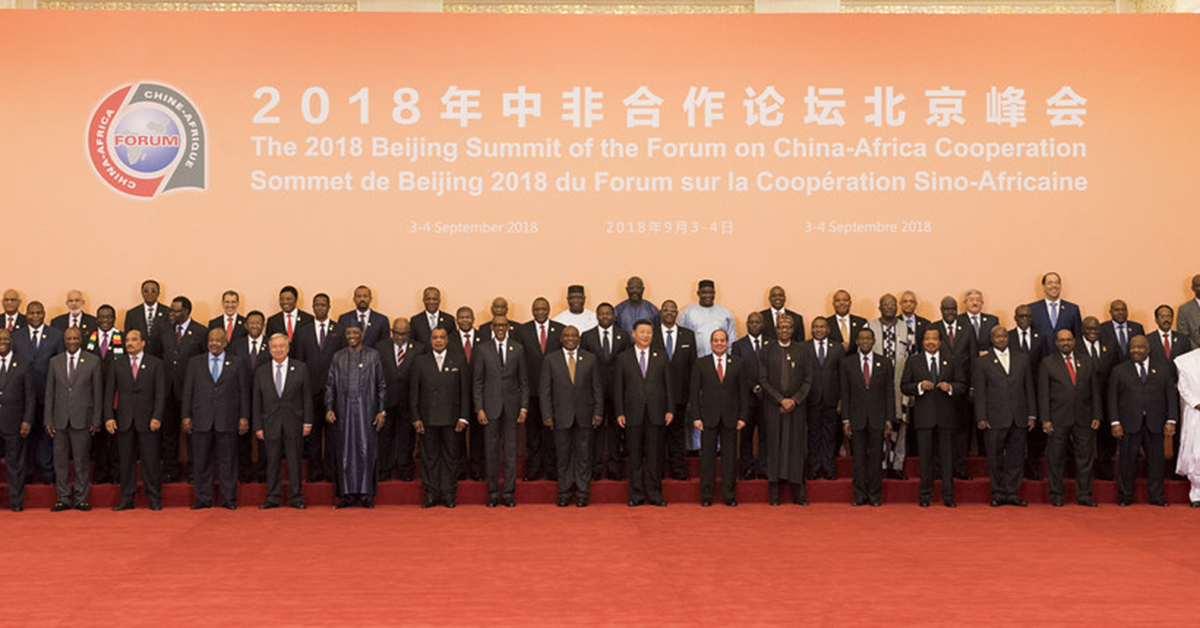 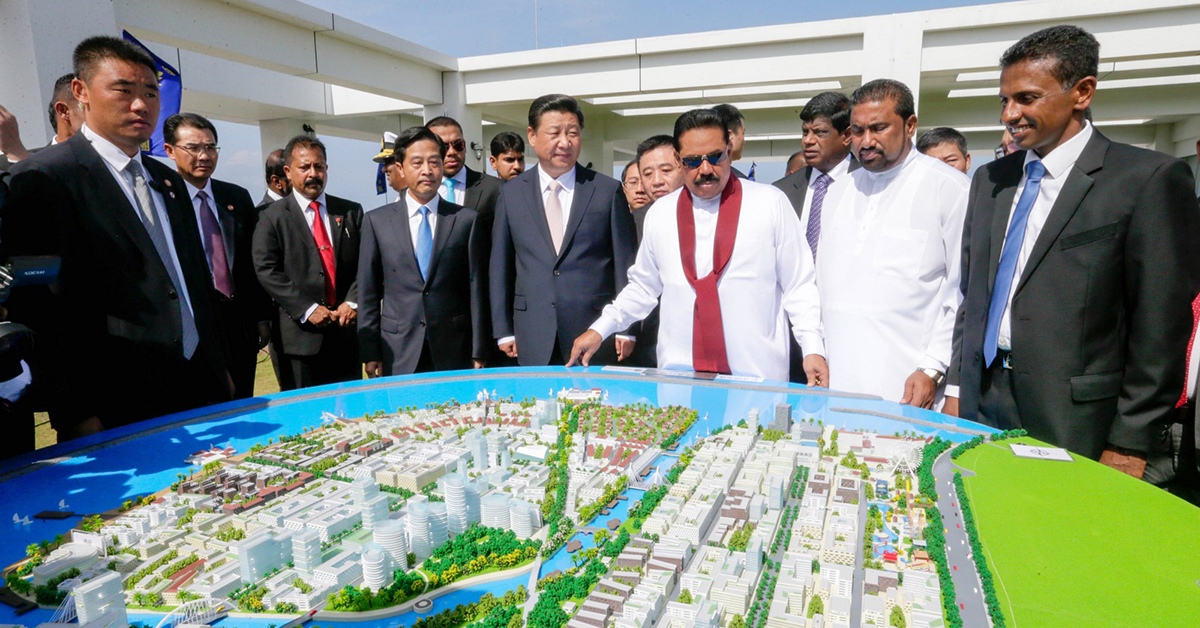